GEORGE FLOYD-OFFICER TRIAL — The jurors who sat quietly off-camera through three weeks of draining testimony in Derek Chauvin’s murder trial in George Floyd’s death moved into the spotlight, still out of sight but now in control of verdicts awaited by a skittish city. The jury of six white people and six people who are Black or multiracial was set for its first full of deliberations. By Amy Forliti, Stephen Groves and Tammy Webber. SENT: 1,160 words, photos, videos. UPCOMING: Deliberations resume at 10 a.m. Also see MORE ON THE CHAUVIN TRIAL below. 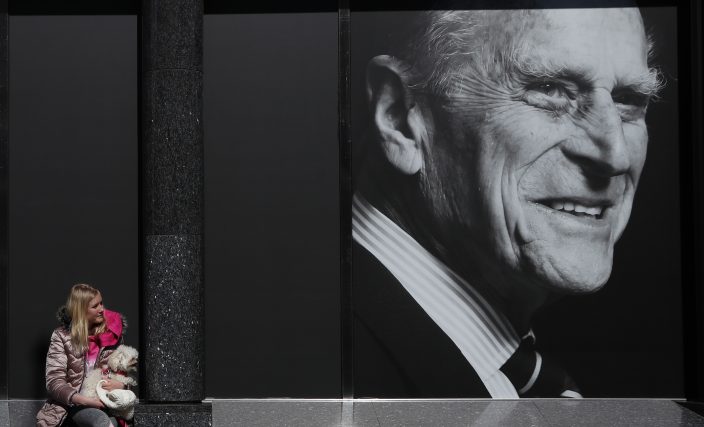 VIRUS-OUTBREAK-GERMANY-COVID-19-REHAB — A clinic on the Baltic coast has become a major rehabilitation center for COVID-19 patients from across Germany, treating 600 people over the past year. The clinic’s medical director says helping patients learn how to breathe properly again is often a key part of the treatment, along with occupational and cognitive therapy, and psychological support. By Frank Jordans and Kerstin Sopke. SENT: 1,000 words, photos.

CHICAGO POLICE SHOOTING-SPLIT SECOND — The graphic video of an officer shooting a 13-year-old Chicago boy puts a microscope on split-second decisions with far-reaching consequences. Adam Toledo was shot less than a second after he appeared to drop a handgun, turn toward the officer and begin raising his hands. By Lindsay Whitehurst. SENT: 920 words, photo. With CHICAGO POLICE-SHOOTING — Latino groups want DOJ probe of shooting by Chicago police.

BIDEN-CLIMATE-VIRTUAL DIPLOMACY — President Joe Biden is being forced to go virtual for many of his leader-to-leader talks during the pandemic, and the Zoom meetings just aren’t a natural fit for the back-slapping politician. Biden’s big climate summit this week with dozens of world leaders is a moment for him to play cheerleader in the fight against global warming. By Jonathan Lemire, Seth Borenstein and Aamer Madhani. SENT: 930 words, photo.

VIRUS OUTBREAK-ASIAN AMERICAN STUDENTS — Asian American families are wrestling with whether to send their children back to classrooms as high schools, middle schools and elementary schools across the country widely reopen amid rising anti-Asian harassment. By Philip Marcelo. SENT: 1,060 words, photos, video. With KOREAN-AMERICAN-FEAR-PHOTO-ESSAY — Older Korean-Americans in L.A. fearful amid anti-Asian attacks.

GEORGE-FLOYD-OFFICER-TRIAL-FORTIFIED-CITY — In Minneapolis, a city that has come to epitomize America’s debate over police killings, there are places where it can feel almost like a police state. SENT: 970 words, photos, videos.

JAPAN-MEN’S MAKEUP — The coronavirus pandemic has been pushing many businesses in Japan to the edge, but some in the men’s makeup industry have seen an unexpected expansion in their customer base. SENT: 540 words, photos.

VIRUS-OUTBREAK-HUNGARY-ROMA-EDUCATION — Many students from Hungary’s Roma minority do not have access to computers or the internet and are struggling to keep up with online education during the pandemic. SENT: 660 words, photos. With VIRUS-OUTBREAK-THE-LATEST.

AFGHANISTAN-ABDUCTED AMERICAN — There are growing concerns about one American who risks being left behind as the U.S. moves to withdraw its military from Afghanistan. SENT: 780 words, photo.

BRITAIN-THE QUEEN — Now that the Royal Family has said farewell to Prince Philip, attention will turn to Queen Elizabeth II’s 95th birthday and, in coming months, the celebrations marking her 70 years on the throne. SENT: 1,140 words, photos.

OVERTURNED-BOAT — The search for survivors from a capsized lift boat in the Gulf of Mexico has ended and attention now turns to comforting the loved ones of the five known dead and eight missing, a grim hunt for bodies and a painstaking investigation that could take up to two years. SENT: 860 words, photos, video.

REGULATING-POT-POTENCY — As marijuana legalization spreads across U.S. states, so does a debate over whether to set pot policy by potency. SENT: 850 words, photo.

PORTLAND-SHOOTING — Some people in a small crowd calling for the abolition of police broke windows as they marched in Portland, hours after authorities say that a man who was fatally shot by an officer in a city park last week had an orange-tipped replica gun. SENT: 420 words.

MISSING-STUDENT-COLD-CASE — Lawyers for a father and son charged in the 1996 disappearance of California college student Kristin Smart criticized the evidence used to make arrests, with one saying it was “so minimal as to shock the conscience.” SENT: 840 words, photos.

WRITE ON SPORTS — Write on Sports, now in its 16th year, helps middle school students from underserved communities develop writing skills and build self-confidence through the lens of sports and the tools of journalism. By Sports Writer Barry Wilner. SENT: 750 words, photos.