Chelsea can climb above Leicester and West Ham and into third place in the Premier League with a win against Brighton at Stamford Bridge. The race for Champions League qualification has been muddied, however, by the creation of a breakaway Super League that contains six English teams — including Chelsea — as signatories. If the Super League is launched as early as next season, finishing in the Premier League's top four this season is irrelevant for Chelsea as the London club would not be involved in the Champions League. Brighton is six points clear of the relegation zone with two games in hand over Fulham, which is in third-to-last place. 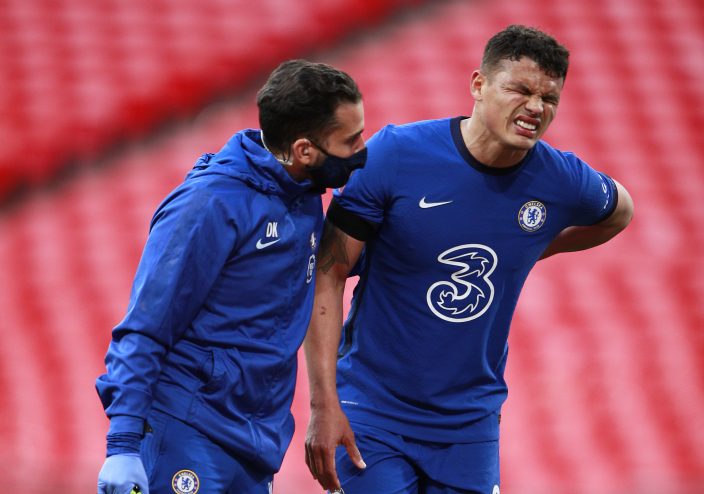 Schalke will drop out of the Bundesliga for the first time since 1991 if it loses at Arminia Bielefeld. The former Champions League contender has been stuck at the bottom of the table all season and relegation could soon be confirmed. Bayern Munich can cruise closer to a ninth consecutive title as it hosts Bayer Leverkusen. Second-placed Leipzig is seven points behind as it visits Cologne. Eintracht Frankfurt is still on track to qualify for the Champions League in fourth but its campaign is in danger of faltering after back-to-back losses. Hosting Augsburg offers a chance for Frankfurt to recover its momentum. 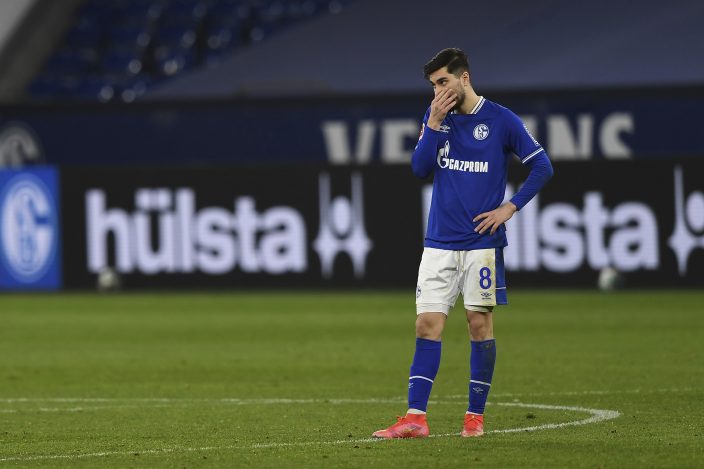 Schalke's Suat Serdar reacts during the German Bundesliga soccer match between FC Schalke 04 and Borussia Moenchengladbach at Veltins Arena, Gelsenkirchen, Germany, Saturday March 20, 2021. After loosing the match 0-3 Schalke is last in the Bundesliga with little to no hope of survival. (Guido Kirchnerdpa via AP)

First-division Montpellier and second-tier front-runner Toulouse look to avoid slipping up at fourth-tier sides and reach the French Cup semifinals. Montpellier is eighth in Ligue 1 and chasing a Europa League spot while Toulouse is on course for promotion to the top flight. Both sides have won the cup, with Montpellier raising it for the second time in 1990 when former France coach Laurent Blanc was among the scorers. Toulouse's only success dates to 1957. Toulouse is at Rumilly Vallieres while Montpellier makes a 100-mile (160-kilometer) trip to Canet-en-Roussillon, which caused a big upset by knocking out Marseille.

Fiorentina is in a training retreat ahead of the match at Hellas Verona after a poor run of results that has left it perilously close to the relegation zone. Fiorentina has won only one of its past eight matches and the 3-1 defeat to Sassuolo on Saturday left it just five points above the bottom three. The club announced after the match that it was imposing a media silence and the team went into a training retreat on Sunday. Verona has lost five of its past six matches to see its European dreams vanish but it remains comfortably mid-table.