Japan’s western metropolis of Osaka has decided to ask the government to declare a state of emergency in the region after ongoing alert measures failed to control the spread of a more contagious coronavirus variant.

The ongoing alert, which started on April 5 in Osaka and has since been expanded to 10 areas including Tokyo, allows prefectural leaders to issue binding orders for bars and restaurants to operate shorter hours in exchange for compensation, with penalties for violators. 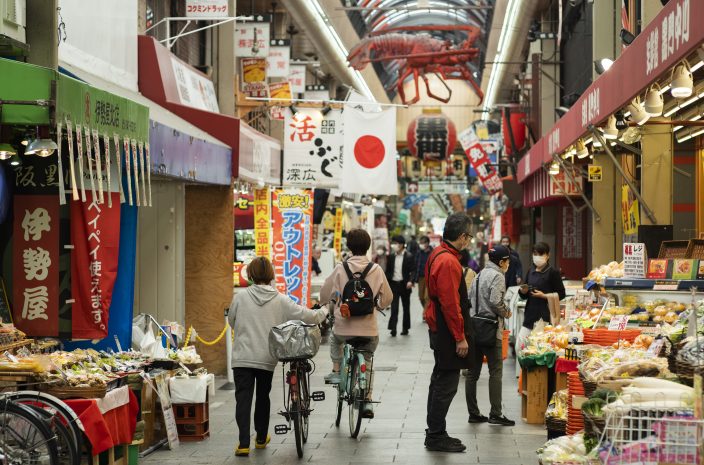 A new state of emergency, under a law toughened in February, would allow authorities to issue binding orders for business owners to close or shorten service hours. Measures for the general public, including mask wearing and staying at home, would remain non-mandatory requests.

Nationwide, Japan has recorded 537,317 cases including 9,671 deaths as of Monday — results that are good by world standards but worse than in some other Asian countries — without any enforced lockdowns. But people are becoming impatient and less cooperative in response to requests.

Osaka is expected to close theme parks, shopping malls and other commercial facilities to drastically reduce public activity for a few weeks. 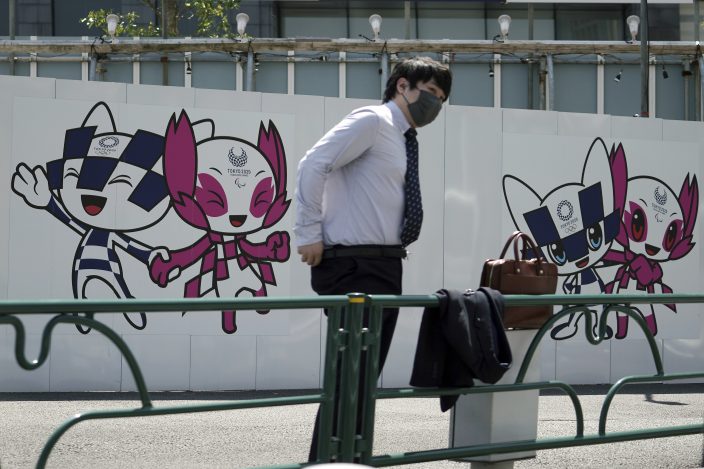 A man wearing a protective mask to help curb the spread of the coronavirus stands near drawings of Miraitowa and Someity, official mascots for the Tokyo 2020 Olympics and Paralympics, on a construction wall Tuesday, April 20, 2021, in Tokyo. (AP PhotoEugene Hoshiko)

Requests from local leaders for anti-virus measures highlight delays by Prime Minister Yoshihide Suga’s government, which has already been criticized for being slow because of its reluctance to further hurt the pandemic-hit economy. Suga met with key ministers on Tuesday to discuss measures for Osaka.

Osaka's neighboring Hyogo prefecture and Tokyo are expected to follow, adding to uncertainty about Japan's plans to host the Olympics in three months. Less than 1% of the population has been vaccinated.

In Tokyo, partial alert measures began last week amid a rapid upsurge in infections fueled by a new variant first detected in Britain. Gov. Yuriko Koike said she is considering seeking a state of emergency so she can take tougher measures.

Tokyo’s previous emergency ended on March 21 but its daily cases climbed to 711 on Tuesday.

Osaka, which had 1,153 new cases Tuesday, has a dire shortage of hospital beds and health workers, Yoshimura said.

Experts said Osaka’s medical systems have been overextended and about 70 nurses are being dispatched from around the country to help.

Japan’s inoculation campaign lags behind many countries, with imported vaccines in short supply while its attempts to develop its own vaccines are still in the early stages.

Health minister Norihisa Tamura said Tuesday that officials are considering mobilizing dentists to help in the immunization campaign. The government has already revised a law to allow temporary employment of retired nurses.