Several doctors were prevented Tuesday from seeing Russian opposition leader Alexei Navalny in a prison hospital after his three-week hunger strike and prosecutors detailed a sweeping, new case against his organization.

Navalny was transferred Sunday from a penal colony east of Moscow to a prison hospital in Vladimir, a city 180 kilometers (110 miles) east of the capital after his lawyers and associates said his condition has dramatically worsened. 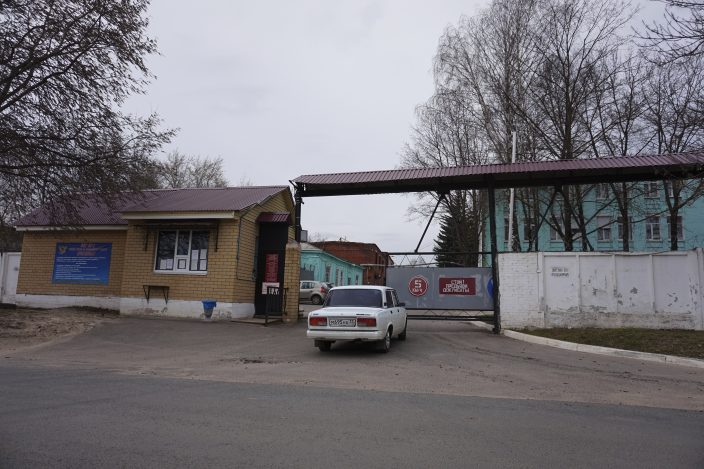 A view of the penal colony where a hospital for convicts located in Vladimir, a city 180 kilometers (110 miles) east of Moscow, Russia, Tuesday, April 20, 2021. A lawyer says Russian opposition leader Alexei Navalny, who is in the third week of a hunger strike while behind bars, was moved to a hospital in another prison after his doctor said he could be near death. Lawyer Alexei Liptser said Navalny was transferred Sunday from a penal colony east of Moscow to a hospital for convicts in a prison in Vladimir, a city 180 kilometers (110 miles) east of the capital. Liptser visited Navalny on Monday afternoon and said "in general his look indicates he is really unwell." (AP PhotoKirill Zarubin)

His personal physician, Dr. Anastasia Vasilyeva, led three other medical experts to try to visit Navalny at the prison clinic and the IK-3 prison in the city of Vladimir. They were denied entry after waiting for hours outside the gates.

Navalny, who is Russian President Vladimir Putin's most adamant opponent, has been on a hunger strike since March 31 to protest the prison officials' refusal to let his doctors visit him and provide adequate treatment for his back pains and numbness in his legs.

Russia's penitentiary service insists that Navalny was getting all the medical help he needs.

The prison service said in a statement Monday that Navalny’s condition was deemed “satisfactory,” but another of his physicians, Dr. Yaroslav Ashikhmin, said over the weekend that test results provided by his family show Navalny has sharply elevated levels of potassium, which can bring on cardiac arrest, as well as heightened creatinine levels that indicate impaired kidney function.

Navalny was arrested in January upon his return from Germany, where he had spent five months convalescing from a nerve agent poisoning he blames on the Kremlin — an accusation Russian officials have rejected. His arrest triggered the biggest protests seen across Russia in recent years. In February, a Moscow court ordered him to serve 2 1/2 years in prison on a 2014 embezzlement conviction that the European Court of Human Rights deemed to be “arbitrary and manifestly unreasonable.”

In response to Navalny's deteriorating health, his associates have called for a nationwide rally Wednesday, the same day that Putin is scheduled to deliver his annual state of the nation address.

Russian authorities, meanwhile, have escalated their crackdown on Navalny’s allies and supporters, with the Moscow prosecutor’s office asking a court to brand Navalny’s Foundation for Fighting Corruption and his network of regional offices as extremist organizations.

Human rights activists say such a move would paralyze their activities and expose their members and donors to prison sentences of up to 10 years.