López Obrador got a dose of the AstraZeneca vaccine from a military nurse live at his daily morning press conference.

“It doesn't hurt, and what is more, it protects us all,” López Obrador said, urging all Mexicans over 60 to get vaccinated. 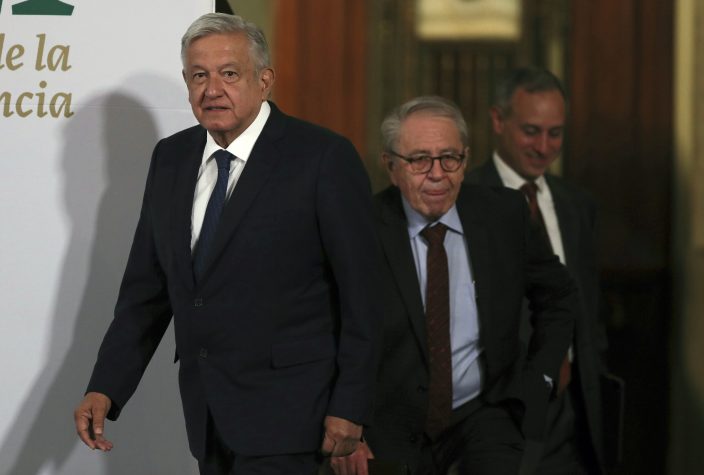 The president had said in March he would hold off on getting the shot because he still had antibodies after being infected in January. But he later changed his mind after his doctors recommended he be vaccinated. He also said he wanted to set an example for others to get the shot.

Based on his age, 67, the president was scheduled to have gotten his shot in the first week of April along with other over-60s in central Mexico City.

While López Obrador sought to set an example with the vaccine, he has disdained wearing face masks himself and refused to make them mandatory in public spaces, saying that would violate people's individual liberties. 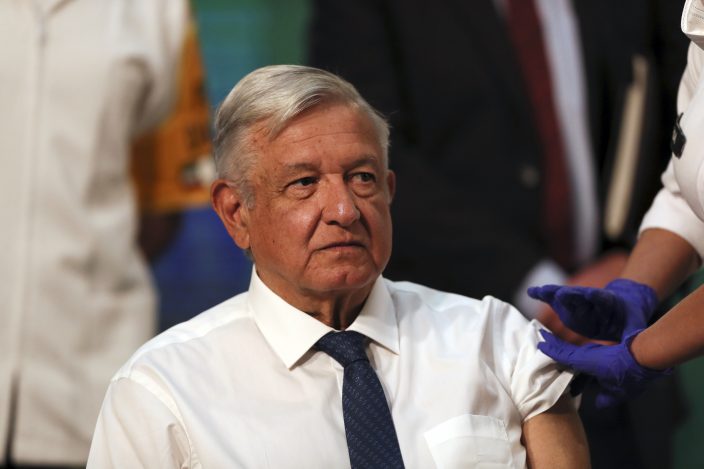 Mexican President Andres Manuel Lopez Obrador sits still moments after a nurse gave him a shot of the AstraZeneca vaccine for COVID-19 during his daily, morning news conference at the presidential palace in Mexico City, Tuesday, April 20, 2021. (AP PhotoFernando Llano)

He has also consistently refused to push for more drastic lockdowns used in other countries, calling such tactics “authoritarian.”

While Mexico's COVID-19 caseload declined dramatically in the 11 weeks since the latest outbreak in January, infections began to rebound by about 4% over the last week, which authorities said was a cause for concern but not alarm.

Mexico has so far administered about 14.4 million vaccine doses, a small amount in a country of 126 million. The country has approved seven different vaccines and is currently using five, including the Pfizer vaccine, two Chinese shots and one from Russia. 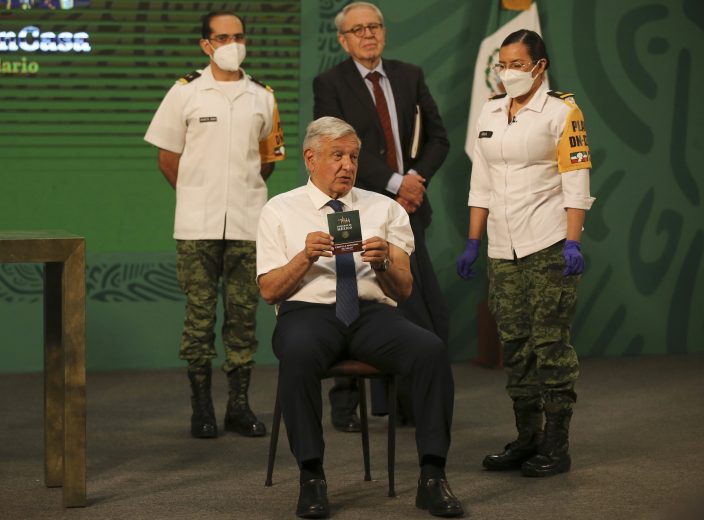 Mexican President Andres Manuel Lopez Obrador shows his vaccination certificate after getting a shot of the AstraZeneca vaccine for COVID-19 during his daily, morning news conference at the presidential palace in Mexico City, Tuesday, April 20, 2021. (AP PhotoFernando Llano)

The country began mass vaccinations of schoolteachers Tuesday, in hopes of reopening classrooms in less-affected states. The Gulf-coast state of Campeche became the first of Mexico's 32 states to partially reopen schools on Monday, allowing grade-school students to return to classrooms with reduced class sizes and face masks.

Mexico has suffered almost 212,500 test-confirmed deaths from COVID-19, but because the country does so little testing, authorities acknowledge the real toll is over 330,000.