But less than an hour before the game's scheduled first pitch, the Nationals tweeted the move. The club also said that outfielder Yadiel Hernandez was being recalled from its alternate training site. 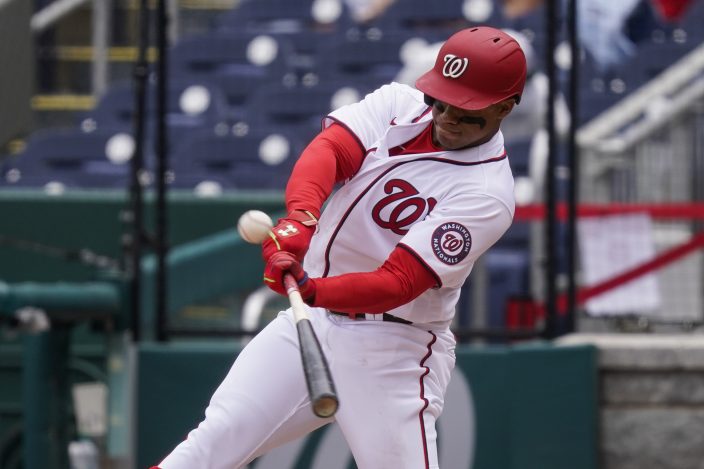 Washington Nationals' Juan Soto hits a sacrifice fly during the fourth inning of a baseball game against the Arizona Diamondbacks at Nationals Park, Saturday, April 17, 2021, in Washington. (AP PhotoAlex Brandon)

Soto is batting .300 with two homers and eight RBIs this season.

The Nationals began the day in last place in the NL East with a 5-9 record, thanks in large part to problems with their starting rotation.

Stephen Strasburg is on the IL with right shoulder inflammation, Jon Lester began the season on the COVID-19 injured list and has yet to make his Nationals debut, and Max Scherzer is 0-1 heading into his scheduled start Wednesday.

Garrett Hampson led off the first ...