The nation watched as former Minneapolis Officer Derek Chauvin went on trial for pinning George Floyd to the pavement with his knee, and news of his conviction on charges of murder and manslaughter rippled across the globe.

Many hailed the outcome as a step toward accountability, while cautioning much work remains as America reexamines racism and policing.

Here is a selection of reactions from leaders, celebrities and other prominent figures: 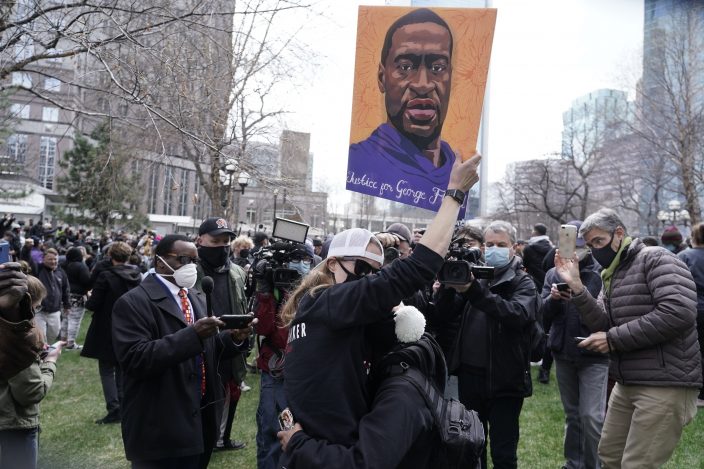 “While today’s verdict may have been a necessary step on the road to progress, it was far from a sufficient one. We cannot rest. ... And as we continue the fight, we can draw strength from the millions of people — especially young people — who have marched and protested and spoken up over the last year, shining a light on inequity and calling for change. Justice is closer today not simply because of this verdict, but because of their work.” — Former President Barack Obama

“There is no question in my mind that the jury reached the right verdict. While this outcome should give us renewed confidence in the integrity of our justice system, we know there is more work to be done to ensure the bad apples do not define all officers — the vast majority of whom put on the uniform each day with integrity and servant hearts.” — Sen. Tim Scott of South Carolina, the chamber’s only Black Republican

“There is no jury verdict that could possibly construct or suture the internal void that Gianna will continue to carry for the rest of her life, however when she stated that her daddy changed the world, this verdict will serve as a pointed and remarkable source for her to relish and find that her daddy did in fact change the world.” — Daniel R. Meachum, attorney for Roxie Washington, the mother of Floyd’s only child, Gianna Floyd 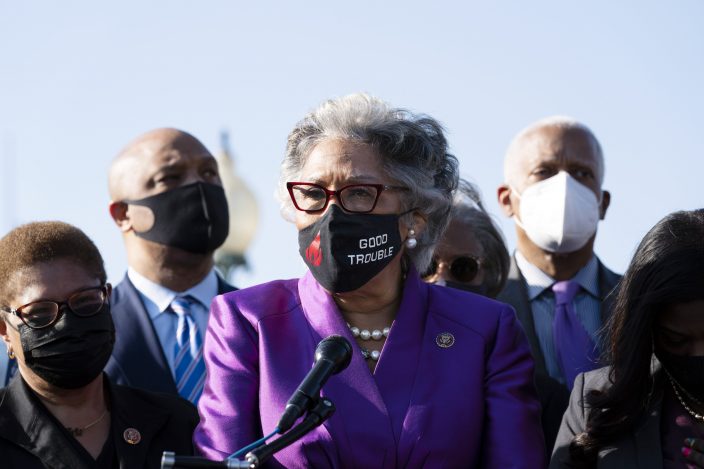 “Relieved—and emotional in ways I didn’t expect. I cried tears of joy as each verdict was read.” — Oprah Winfrey on Instagram

“Justice has been served for the Floyd family. But no conviction can replace the life of George Floyd or the countless other unarmed Black Americans who have died at the hands of police. Police brutality stems from a justice system that is deeply rooted in racism, a system that must be completely changed in order for us to reach true justice.” — Martin Luther King III

“Today, for the first time in state history, a white police officer has been held accountable for killing a Black man.” — John Gordon, executive director of the ACLU of Minnesota

“In my 70 years of life, I have seen justice denied too many times. ... Systemic change takes consistent time, effort, and organizing. Our work is far from over, we must continue fighting for change outside of that courtroom to improve our communities.” — Democratic U.S. Rep. Gwen Moore, a Democrat from Milwaukee

“This guilty verdict serves as an official proclamation of what so many of us have known for nearly a year: George Floyd was murdered by an officer who was sworn to protect and serve. However, we should not mistake a guilty verdict in this case as evidence that the persistent problem of police misconduct has been solved." — Senate Majority Leader Chuck Schumer

“While this verdict represents a step toward justice, we are reminded that justice is too often not the outcome for people of color. ... We stand with all those who have felt the deep impact of George Floyd’s death.” — Women’s National Basketball Association Commissioner Cathy Engelbert

“We are pleased that justice appears to have been served. But we also recognize that there is much work to be done.” — NBA Commissioner Adam Silver and National Basketball Players Association Executive Director Michele Roberts in a joint statement pledging to redouble efforts to create change

“I am hopeful that today will be the catalyst to turn agony into action because the American people are demanding transparency, accountability, and equal justice.” — U.S. Rep. Joyce Beatty, chairperson of the Congressional Black Caucus

“George Floyd would still be alive if he looked like me. That must change. ... Now, we must continue our work to root out the racial injustice that haunts our society.” — Democratic California Gov. Gavin Newsom on Twitter

“Today, justice has been served in George Floyd’s murder. I am relieved to see that we are finally seeing the consequences for when our officers, who are sworn to protect and serve the people, violate the trust of those people." — St. Louis Mayor Tishaura Jones, who was sworn in as the first Black woman in the post hours before the verdict was read

“I was appalled by the death of George Floyd and welcome this verdict. My thoughts tonight are with George Floyd’s family and friends.” — British Prime Minister Boris Johnson on Twitter