The New York Yankees broke their five-game losing streak with little offense, getting a run-scoring wild pitch and bases-loaded walk from Atlanta Braves reliever Nate Jones in the eighth inning that lifted them to a 3-1 victory Tuesday night.

Gio Urshela hit a tying home run in the fifth inning off Charlie Morton and the Yankees won with five hits, which left their four-game total at 16. New York went 2 for 8 with runners in scoring position, but the last-place Yankees improved to 6-10 and avoided what would have been their worst start since 1972.

Tyler Matzek (0-2), who returned to the major leagues last year for the first time since 2015, walked pinch-hitter Aaron Hicks leading off the eighth and DJ LeMahieu and Aaron Judge followed with singles that loaded the bases — just the second multihit inning for the Yankees in two games. 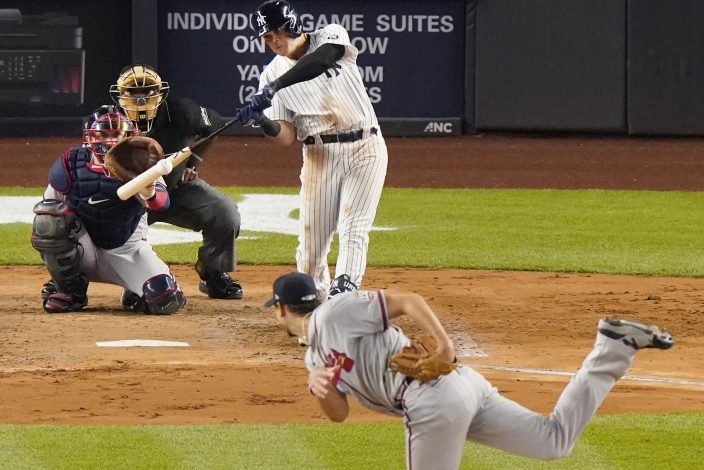 Slumping Clint Frazier pinch hit for Brett Gardner, and Jones relieved and bounced a slider past catcher Travis d’Arnaud for a wild pitch that scored Hicks for a 2-1 lead. Frazier popped out to second, leaving him in a 1-for-25 slide and with no RBIs in 41 plate appearances this season.

Giancarlo Stanton was intentionally walked, Gleyber Torres flied out to short center and Mike Ford, playing his first game this season, forced in a run with a four-pitch walk.

Jonathan Loaisiga (2-0 ) worked around a hit batter in the eighth, and Aroldis Chapman pitched around a walk in the ninth for his second save, his first since April 12. 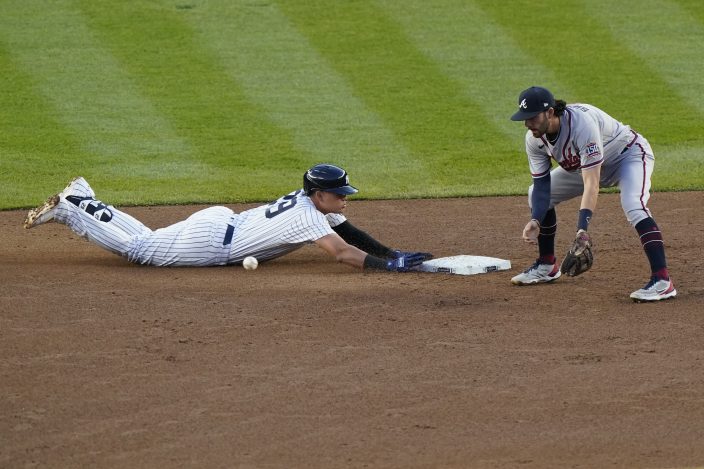 Jameson Taillon, making his third start since Tommy John surgery in August 2019, lowered his ERA to 7.56 to 5.40. He allowed one run and four hits in five innings with five strikeouts and a walk.

Consecutive third-inning doubles by Guillermo Heredia and Ehire Adrianza put the Braves ahead.

Morton allowed one run and three hits in six innings, giving up a tying 437-foot home run to Urshela in the fifth that landed on the netting above Monument Park in center. Morton struck out six and walked two, 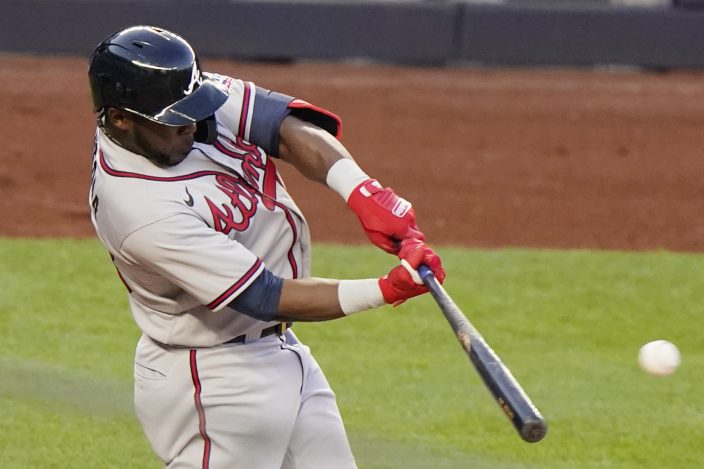 Atlanta loaded the bases with one out in the seventh off Lucas Luetge and Chad Green, who struck out Adrianza. Justin Wilson relieved and got Freddie Freeman to ground into an inning-ending forceout, leaving Freeman 1 for 8 against the left-hander.

Yankees catcher Gary Sánchez was back in the lineup after getting hit on his throwing hand by a foul Saturday.

Atlanta was missing two-thirds of its starting outfield. Right fielder Ronald Acuña Jr. was held out and underwent treatment after straining his abdomen when diving back into first base on a pickoff throw Sunday night. Center fielder Cristian Pache is on the injured list with a strained left groin. 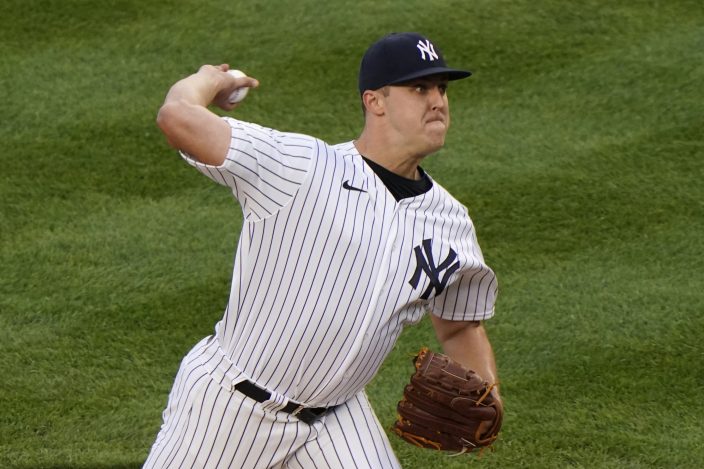 Second baseman Ozzie Albies was back in the lineup after missing two games because he was hit on the right calf by a pitch Friday. Pablo Sandoval, the designated hitter, got his first start after hitting three home runs as a pinch hitter. 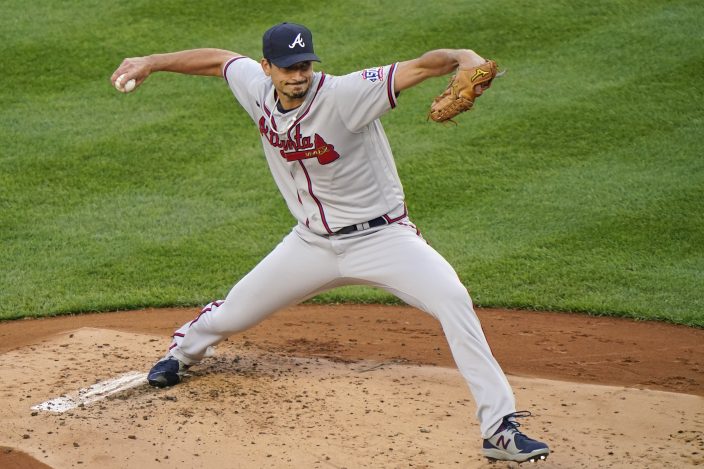 Freeman says no talks are taking place on a contract that would go beyond the expiration of his $135 million, eight-year deal this autumn.

“I don’t know if we could really talk right now. That would be a distraction, and I don’t like distractions,” he said. “I don’t think there’s going to be much talking going on anytime soon.”

Freeman was looking forward to playing in Yankee Stadium and to seeing and hearing the Bleacher Creatures. Still, there was a downside.

“I wouldn’t say they’re friendly to the visiting team,” Freeman said. “We hear our fair share of boos and our personal lives repeated to us.”

Braves: Acuña is hitting .419 with a major league-leading seven homers and 16 RBIs. “He feels better. I feel like we dodged a bullet there,” Braves manager Brian Snitker said. ... Loaisiga hit Marcell Ozuna on the right hand with his first pitch of the eighth, a 97 mph sinker. Ozuna stayed in the game.

RHP Corey Kluber (0-1) starts for New York on Wednesday and RHP Ian Anderson (0-0) for the Braves in the final of the two-game series. Kluber is 2-0 against the Braves. Anderson beat the Yankees last Aug. 26.