RJ Barrett scored 18 of his 24 points in the third quarter and the New York Knicks beat the Charlotte Hornets 109-97 on Tuesday night for their seventh straight victory.

Barrett's offense and the Knicks' defense changed the game after the Hornets scored 66 points in the first half. New York held Charlotte to just 31 after halftime.

Derrick Rose and Immanuel Quickley each scored 17 points off the bench for the Knicks. who moved into fifth place in the Eastern Conference. They are on their longest winning streak since winning eight straight in March 2014. 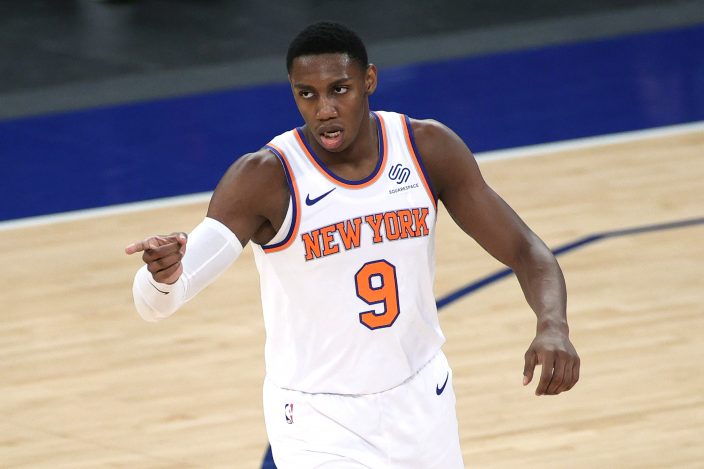 New York Knicks' RJ Barrett reacts after scoring during the second half against the Charlotte Hornets in an NBA basketball game Tuesday, April 20, 2021, in New York. (Sarah StierPool Photo via AP)

Julius Randle and Reggie Bullock each had 16 points.

P.J. Washington scored 26 points and Terry Rozier had 21 for the Hornets.

Charlotte shook off a slow start to lead 66-60 at halftime, led by 24 points from Washington. 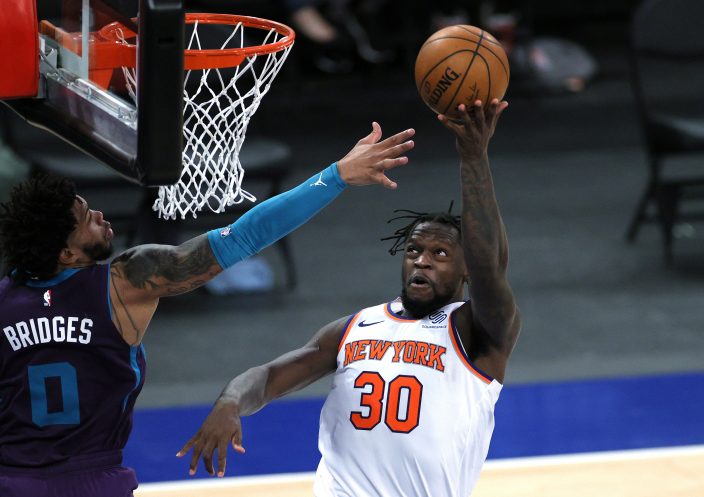 New York, which had lost five straight games to the Hornets, opened the third quarter with a six straight points to tie it on a dunk by Nerlens Noel.

A 7-0 run highlighted by Bullock’s 3-pointer increased New York's lead to 102-90 with 6:40 left in the fourth quarter. Charlotte answered with five straight points to cut the lead to 102-95. 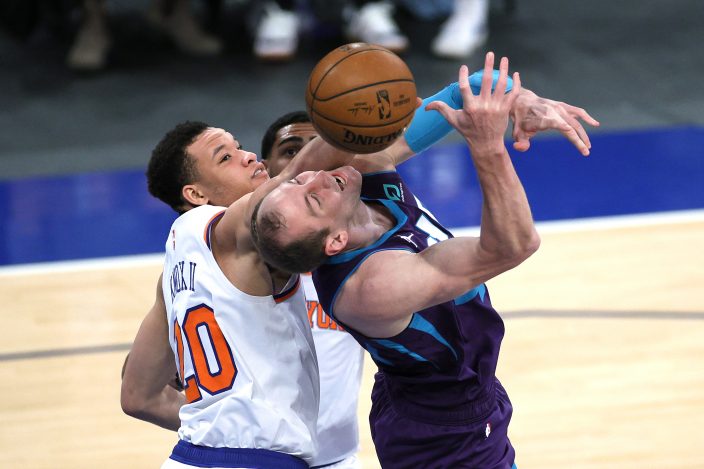 The Knicks then put the game out of reach with 3-pointer from Bullock and a jumper from Rose with 2:28 left in regulation

Hornets: Washington is the sixth Charlotte player in the last 25 seasons to score more than 20 points in the first half off the bench. … Malik Monk has 24 first-half points against Miami on March 26. … Miles Bridges had 15 points and 15 rebounds.

Knicks: Quickley scored all of his points in the first half. He was 4 for 7 behind the 3-point line. ... The Knicks made 18 3-pointers.

Charlotte coach James Borrego could not give a timeline as to when rookie LaMelo Ball will return to the lineup after fracturing his right wrist March 20 against the Los Angeles Clippers. 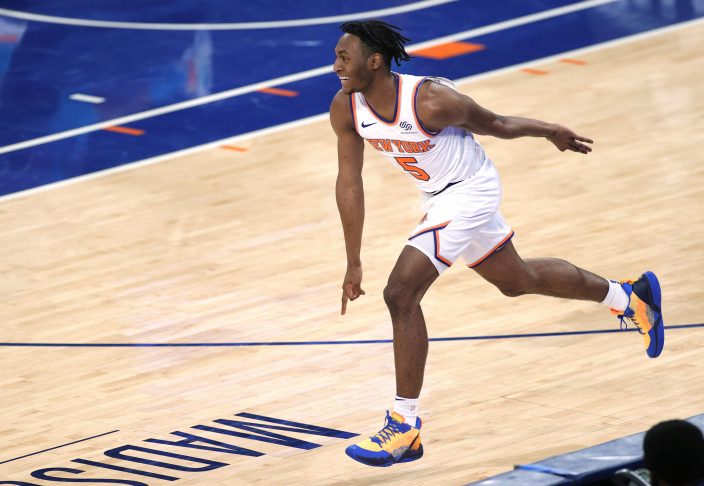 New York Knicks' Immanuel Quickley reacts after making a 3-point basket during the first half against the Charlotte Hornets in an NBA basketball game Tuesday, April 20, 2021, in New York. (Sarah StierPool Photo via AP)

“Nothing is written in stone,” Borrego said. “There’s an opportunity to him back (now that) the cast is off.”

The Hornets will look to see if the “flexibility” in Ball’s wrist improves significantly now that he has been granted permission by the medical staff for individual basketball activity.

“He’s young and I’m hopeful that helps that that wrist gets back to normal. We have a little bit of time,” Borrego said. “The No. 1 thing is it doesn’t sound like he can injure this thing further.”

Bosnia authorities move migrants to camp in northern to ...

Rockets from Gaza rain havoc on Israeli cities in lates ...

Sirens wailed just before the Jewi ...