Tommy La Stella also homered for San Francisco, which got all of its run via the long ball. The Giants have 25 homers through 17 games, a surprising surge for a club that's finished in the bottom third of the league in homers in eight of the past 10 seasons.

Dickerson’s three-run shot off reliever Connor Brogdon (3-1) allowed the Giants to grab their first lead of the game at 7-6. Flores followed four hitters later with another three-run homer off Brogdon, who allowed five hits, a walk and six runs in just two-thirds of an inning and saw his ERA balloon from 0.00 to 7.36. 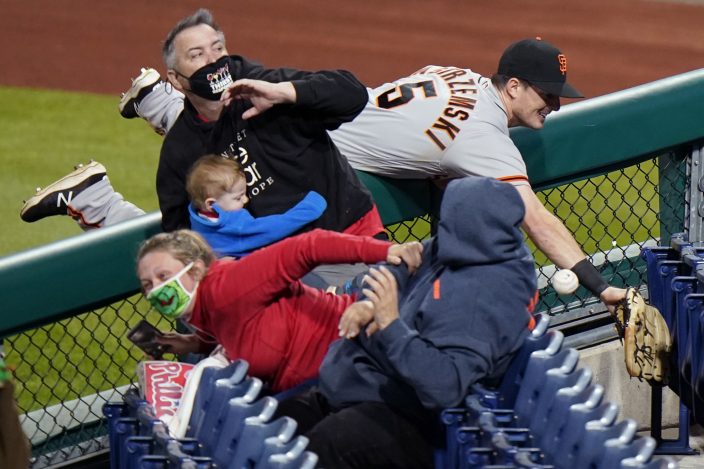 Posey had his first multihomer game since May 28, 2016 at Colorado and the fourth multihomer game of his career with two solo shots off Zack Wheeler. La Stella also connected for a two-run shot off Wheeler as part of a three-run fifth inning that brought the Giants within 4-3.

Philadelphia second baseman Jean Segura left after the second inning with a right quad strain trying to beat a throw from shortstop Brandon Crawford at first base. Segura entered the game with a .345 average.

José Álvarez (1-1), part of Philadelphia's historically lousy 2020 bullpen, pitched a scoreless inning and got the win. 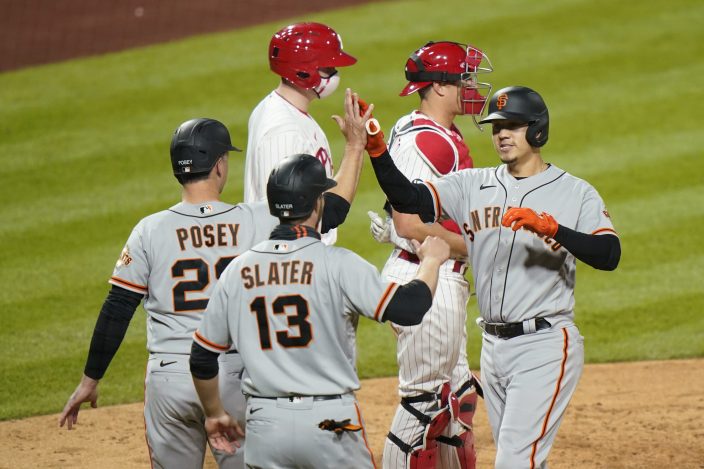 Alec Bohm, Brad Miller and Rhys Hoskins each homered for the Phillies, who have lost eight of their last 11 games and fell under .500 for the first time this season.

Giants: Starting pitcher Logan Webb was activated off the injured list after suffering from side effects related to the COVID-19 vaccine. Webb wasn’t sharp for most of the evening, struggling with command and allowing four earned runs, seven hits and two walks in four innings while striking out four. To make room for Webb, the Giants designated RHP Trevor Gott for assignment. ... LHP Jake McGee was reinstated from the injured list and Sam Selman was sent to the Alternate Training Site. 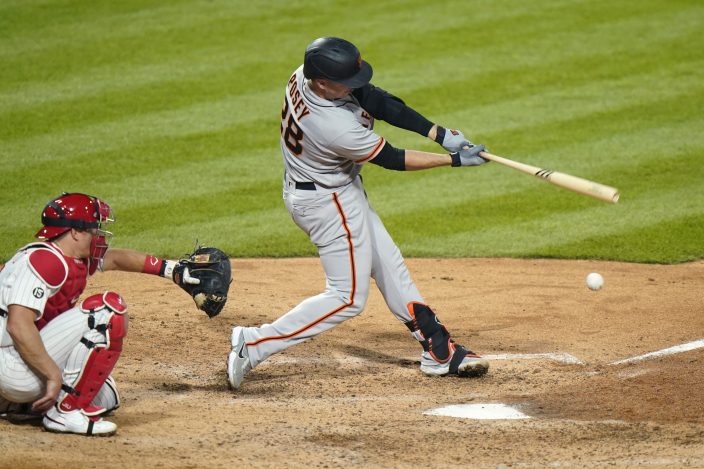 Phillies: The middle of Philadelphia’s infield is missing right now with Segura joining Didi Gregorius, who sat out a second game with a sore right elbow.

The two teams meet for a matinee Wednesday. Philadelphia will send right-hander Zach Eflin (1-0, 3.15 ERA) while the Giants will start Anthony DeSclafani (1-0, 1.06 ERA). 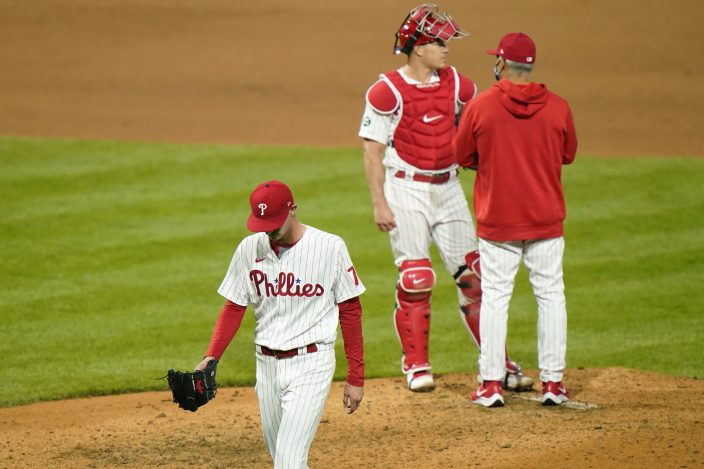 Philadelphia Phillies pitcher Connor Brogdon, left, walks to the dugout after being pulled during the eighth inning of a baseball game against the San Francisco Giants, Tuesday, April 20, 2021, in Philadelphia. (AP PhotoMatt Slocum) 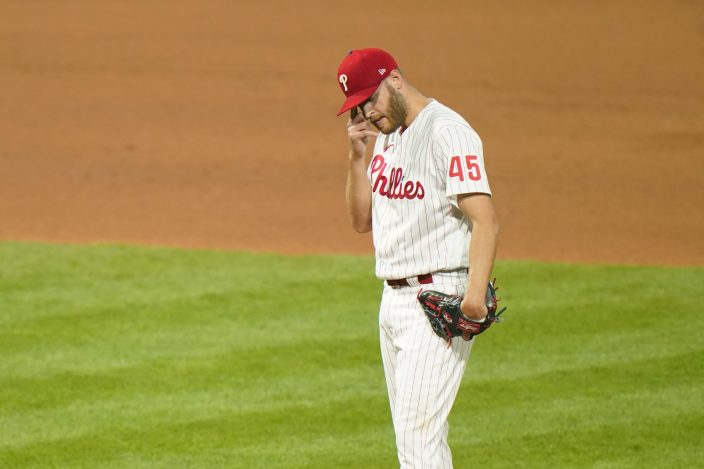