Arrieta allowed one run and three hits, struck out four and walked three. Wearing short sleeves on a cool, clear night — the game-time temperature was 36 degrees — Arrieta (3-1) also contributed to two runs at the plate.

Eric Sogard had two hits, scored twice and drove in a run to help Chicago rebound from Sunday's 13-4 loss to Atlanta. Sogard was inserted into the lineup when David Bote was scratched with an upset stomach. 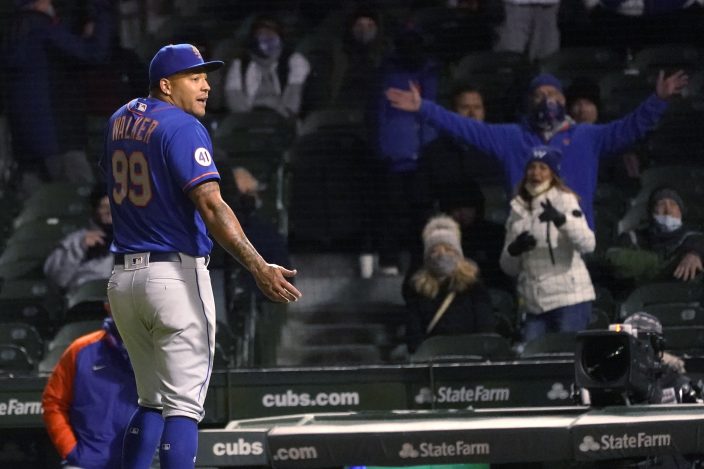 New York Mets starting pitcher Taijuan Walker gestures toward home plate umpire John Libka after being taken out of the baseball game during the fourth inning against the Chicago Cubs on Tuesday, April 20, 2021, in Chicago. Libka then threw Walker out of the game. (AP PhotoCharles Rex Arbogast)

Hampered by early offensive trouble, the Cubs have won just three of their last nine games.

J.D. Davis homered for New York, but also committed two throwing errors at third base — including one that brought home Chicago's first run. The Mets had won five of six.

Taijuan Walker (0-1) matched his career high with six walks in 3 2/3 innings, then was ejected by John Libka when he expressed frustration with the umpire's strike zone on his way out of the game. Walker was charged with two earned runs and two hits. 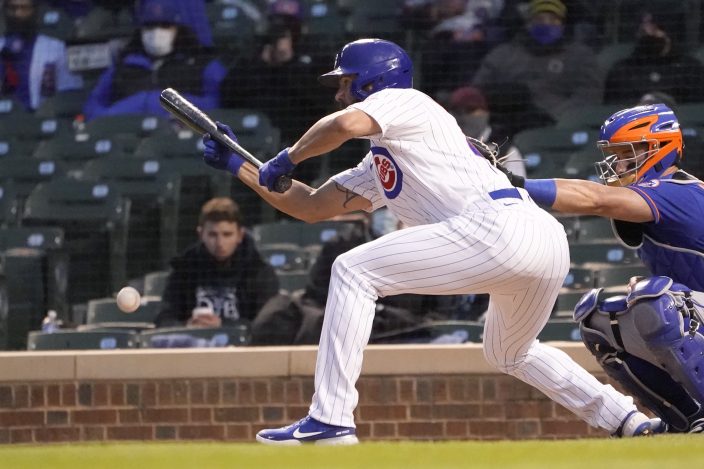 Second-year Mets manager Luis Rojas also was thrown out by Libka after Michael Conforto struck out looking in the sixth. It was the first career ejection for Rojas.

After Arrieta departed, Rex Brothers, Brandon Workman and Andrew Chafin combined for three innings before Kimbrel worked a shaky ninth for his fourth save.

With one out and the bases loaded, Kimbrel struck out Brandon Nimmo and retired Francisco Lindor on a bouncer to first. 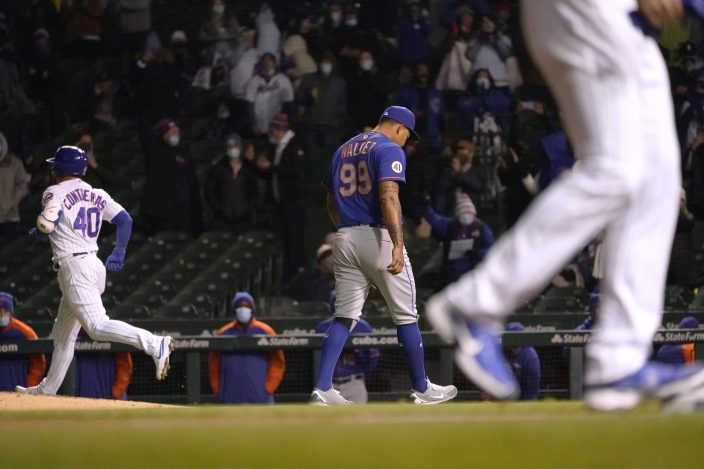 Sogard used his legs to get Chicago on the board in the third. He reached on a leadoff walk and advanced on Arrieta's sacrifice on an 0-2 pitch from Walker.

Willson Contreras hit a two-out grounder to Davis at third, and he skipped his throw across the diamond. Sogard kept running and scored without a throw when the ball got away from first baseman Pete Alonso.

The Cubs tacked on two more after Walker retired the first two batters in the fourth. Jason Heyward singled, swiped second and scored on Sogard's liner to center. Three consecutive walks, including one to Arrieta, produced another run and chased Walker. 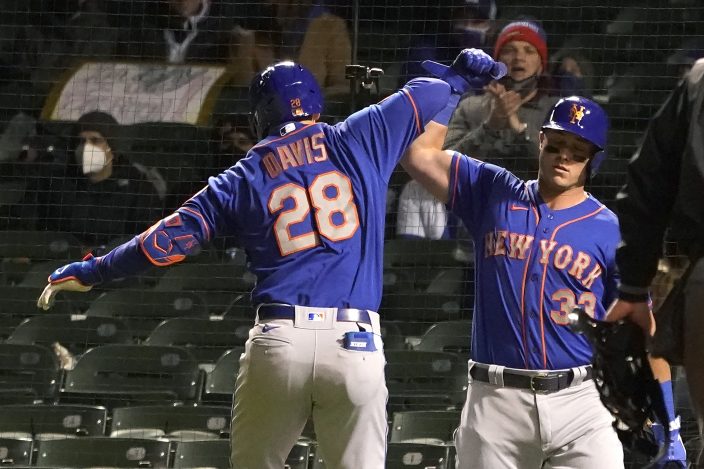 The Mets challenged Heyward's first steal of the season, but the close call was upheld.

The Mets tweaked their rotation for this week, giving Jacob deGrom an extra day of rest. The 32-year-old deGrom was slated to start Thursday against the Cubs, but the two-time NL Cy Young Award winner was moved back to Friday’s home game against the Nationals. Now, left-hander Joey Lucchesi pitches Thursday after he worked three innings in New York’s 7-2 loss at Colorado during a doubleheader on Saturday. 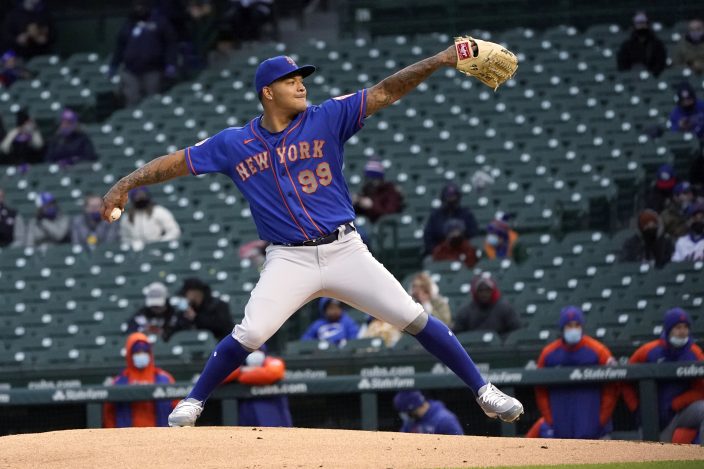 Cubs: First base coach Craig Driver returned to his usual duties. He had been out following a positive COVID-19 test.