Rookie Jason Robertson had a goal and an assist in the first period and the Dallas Stars beat Detroit 5-2 on Tuesday night to sweep back-to-back games against the Red Wings and extend their winning streak to four games.

Joe Pavelski, Tanner Kero, Blake Comeau and Jamie Oleksiak also scored for the Stars (19-14-12), who finished a 4-0-1 homestand. Dallas has a season-best eight-game point streak (6-0-2). The Stars are one point behind fourth-place Nashville for the Central Division’s last playoff spot with two games in hand.

Stars rookie goaltender Jake Oettinger made 24 saves and improved to 9-5-6. 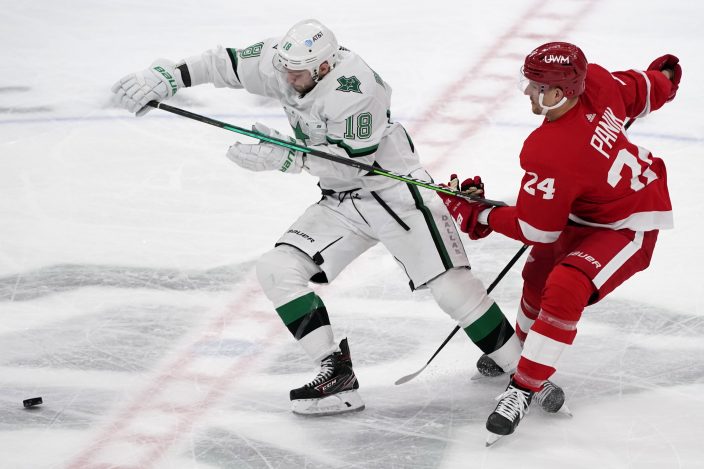 Jason Dickinson, who had two assists, said Dallas has played with much more confidence recently.

Valtteri Filppula and Dylan Larkin scored for the Red Wings (16-25-7), who are 0-2-1 following a season-long three-game winning streak. Jonathan Bernier allowed all four goals on 12 shots and was replaced 3:36 into the second period by Thomas Greiss, who stopped 11 shots. 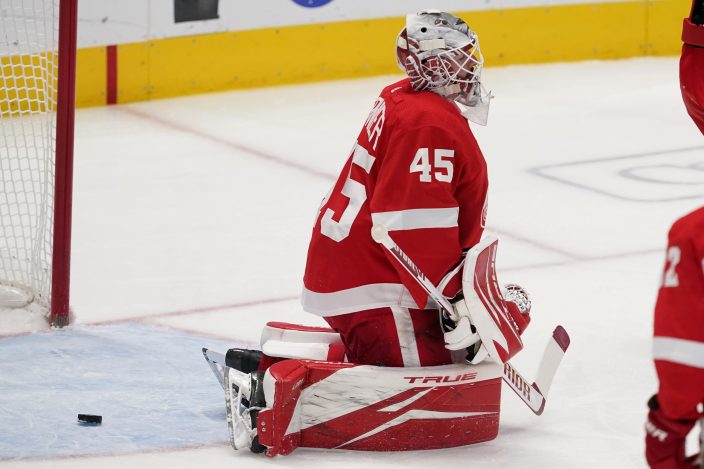 “We haven’t given up any grade-A’s comparative to the rest of the league, like the big-time grade-A’s, and tonight I thought we were terrible defensively,” Red Wings coach Jeff Blashill said. “Especially in the first half of the game.”

“We wanted to establish the forecheck,” Dallas coach Rick Bowness said of his team’s first-period success. “That’s the strength of our team, is when we’re going north. We’re going hard and we’re forechecking aggressively.”

Kero scored 2:55 in, sending a wrist shot into the near top corner following a feed from Jamie Benn from the low slot. A little more than two minutes later, Robertson took a pass from Jason Dickinson, dipped his left knee and lifted a one-timer over Bernier. Robertson is second in rookie goals (14) and points (35). 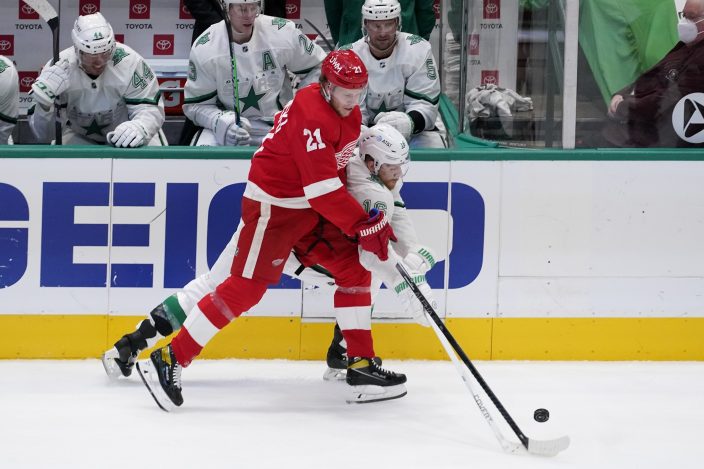 Dallas’ third first-period goal resembled the first, with Robertson feeding Pavelski at the right post for his team-best 19th of the season.

Oleksiak came up on the rush on the goal that chased Bernier. About 80 seconds later, Filppula got the Red Wings on the board with a wrist shot to the stick side.

Larkin scored with the extra attacker at 16:13, and Dallas answered with Comeau adding an empty-net goal in the final minute, skating all the way in alone for hockey’s version of a dunk. 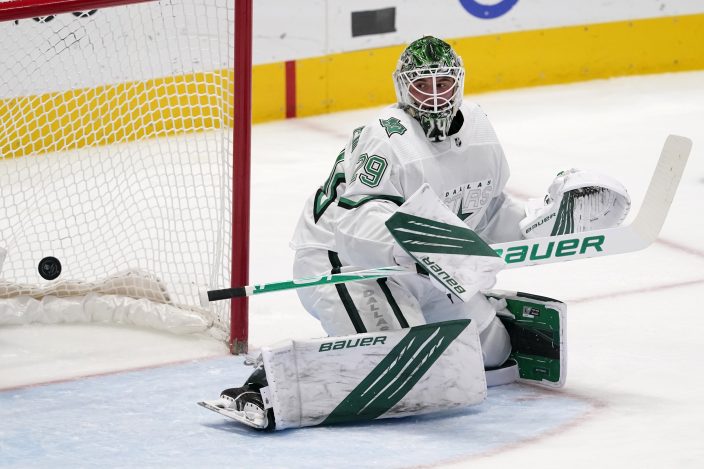 Dallas Stars goaltender Jake Oettinger looks back at the net after a score by Detroit Red Wings center Valtteri Filppula (51) in the second period of an NHL hockey game in Dallas, Tuesday, April 20, 2021. (AP PhotoTony Gutierrez)

The teams will play Thursday at Detroit for the third of four straight games against each other. Dallas is playing nine of its remaining 11 games on the road.

WISH YOU WERE HERE Bernier didn’t finish any of his three starts against Dallas this season. He left the previous two because of injuries that sidelined him for seven games and then 10 games.

Oettinger picked up his second NHL penalty, tripping, when he body-blocked Darren Helm between the circles as they raced for a loose puck. … Dallas has outscored its opponents 30-14 during the eight-game point streak. … Filppula has three goals and six points in his last nine games. … Larkin headed to the bench in pain in the closing minutes, and Blashill had no details on his condition. … The Stars have won four straight for the first time since opening the season with four consecutive home wins, two of those also against the Red Wings. 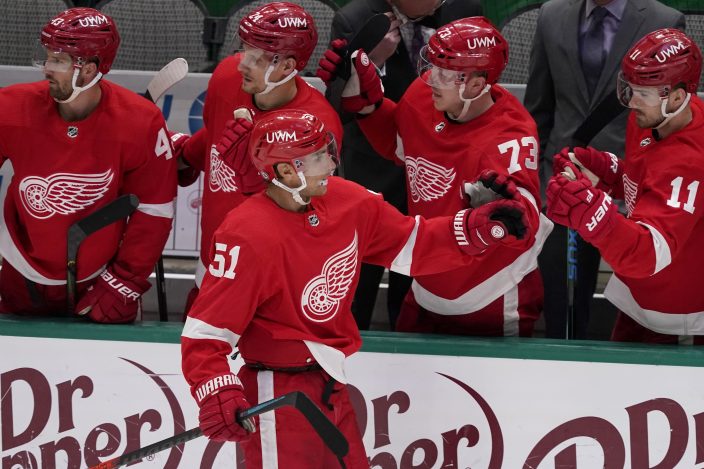 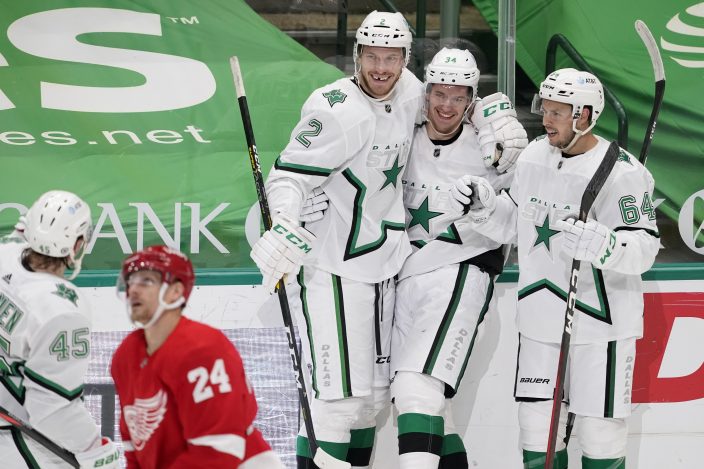