Relief, even if fleeting and momentary, is a feeling that Black Americans have rarely known in America: From slavery to Jim Crow segregation to enduring punishments for living while Black, a breath of fresh air untainted by oppression has long been hard to come by.

Nonetheless, the conviction of ex-cop Derek Chauvin for murdering George Floyd nearly a year ago allowed many across this city and the nation to exhale pent up anxiety -- and to inhale a sense of hope. 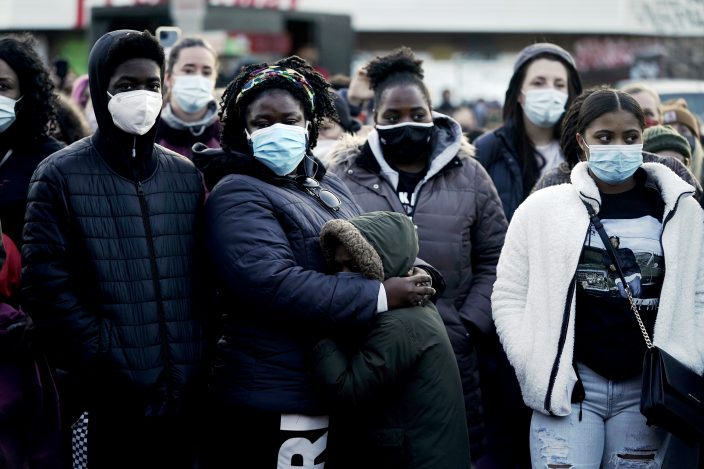 The fate of Chauvin -- found guilty of murder and manslaughter for holding a knee to Floyd’s neck, choking off his breathing until he went limp last May -- showed Black Americans and their compatriots once again that the legal system is capable of valuing Black lives.

Or at least it can hold one white police officer in Minnesota accountable for what many declared an unambiguous act of murder months ago.

“This may be the beginning of the restoration of believing that a justice system can work,” said civil rights leader Martin Luther King III, echoing a sentiment that many expressed Tuesday. 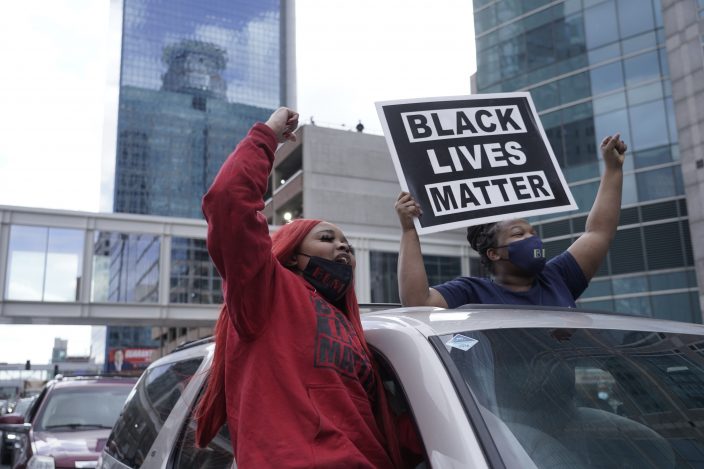 “But we have to constantly stay on the battlefield in a peaceful and nonviolent way and make demands,” he said. “This has been going on for years and one case, one verdict, does not change how systematic racism has worked in our system.”

Alexandria De La Cruz, a Minneapolis mother, brought her 7-year-old daughter to the intersection near where Floyd was murdered, now dubbed George Floyd Square. Along with the hundreds who gathered there -- Black, white and otherwise -- De La Cruz erupted in cheers after it was announced Chauvin was guilty on all three counts.

Her daughter, Jazelle, sported a hooded sweatshirt that read, “Stop killing Black people.” Perhaps that’s a reminder, her mom said, that there’s still work to do to ensure the feeling of relief isn’t so fleeting this time.

Black Americans have seen similar moments before. In recent years, they followed the convictions of the officers who killed Oscar Grant, Laquan McDonald and Walter Scott. Still, some of these victims’ families continue to press for broader accountability from a policing culture they say has never proved it is meaningfully changed or reformed after the convictions of police officers.

And even as the Chauvin trial moved into its final days, the Twin Cities region and the nation were rocked by yet another police killing of an unarmed Black man. This time it was 20-year-old Daunte Wright, in Brooklyn Center, roughly 10 miles north of Minneapolis.

Keith Ellison, Minnesota’s first Black attorney general, said the jury’s decision was a reminder of how difficult it has been to enact enduring change and prevent the kind of upheaval and civil unrest that ignited the nation and the world last summer.

Furthermore, Ellison pointed out, America has known about and largely ignored the root causes of the upheaval and uneasiness in Black communities. More than a half-century ago, the Kerner and McComb commissions empaneled to study racial unrest warned of the dangers of doing just that.

“Here we are in 2021 still addressing the same problem,” Ellison said. “This has to end. We need true justice. That’s not one case. That is a social transformation that says that nobody’s beneath the law, and no one is above it.”

“We cannot, every single time, have uprisings to deliver justice nor should we have to be in a conversation about holding police officers accountable when they go around killing us,” Robinson said.

So again, what might Black Americans hope for after the outcome of Chauvin’s trial?

It can’t be about simply getting more police in front of a judge and jury, or about locking more of them up, said Miski Noor, an activist with the Twin Cities-based Black Visions Collective.

“That doesn’t actually stop the murders of Black people,” said Noor. “We’re trying to get into a world where lives are not lost, when Black people actually get to live.”

As relieved as the Floyd family is by the guilty verdicts, none see this as a bookend to the pursuit for justice. And three other former Minneapolis police officers face trial for the role they played in case.

Brandon Williams, a nephew of Floyd’s, called the verdicts a “pivotal moment for America.”

“It’s something this country has needed for a long time now,” he said. “We need each and every officer to be held accountable. And until then, it’s still scary to be a Black man and woman in America encountering police.”