Dom Nuñez also hit a home run for the Rockies, who snapped a nine-game losing streak to the Astros.

Carlos Correa and Aledmys Díaz had RBI doubles for the Astros, who have lost eight of nine. 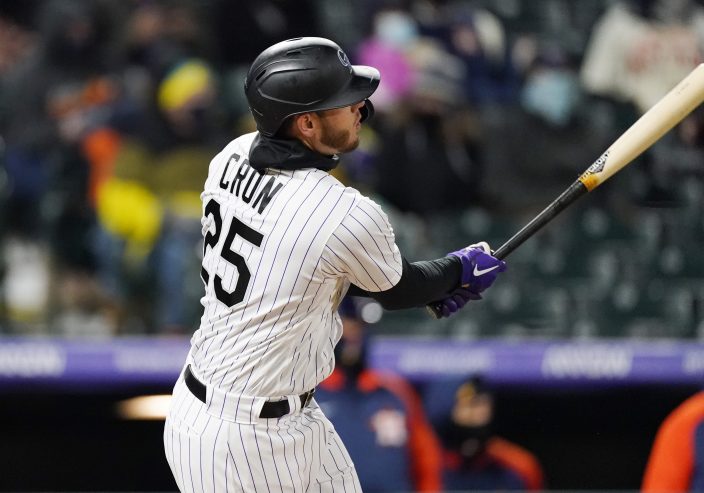 Gray (2-1) had some control issues, walking four in his 6 2/3 innings, but allowed just three hits and one run. He struck out six and benefited from a defense that turned three double plays.

Houston starter Luis Garcia (0-1) was trying to protect a 1-0 lead in the bottom of the sixth when he gave up a two-out bloop single to Trevor Story.

Garcia then threw what initially was called a wild pitch by plate umpire Ryan Wills. But the Rockies challenged and a replay review determined that the pitch had brushed Charlie Blackmon’s shin, and he was awarded first base. Bryan Abreu relieved and Cron greeted him by lining a double over the head of center fielder Myles Straw, scoring Story and Blackmon to put the Rockies up by one. 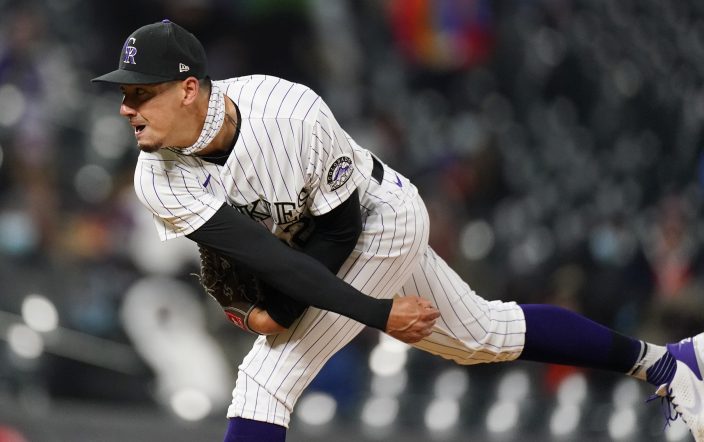 Cron connected off reliever Joe Smith in the bottom of the eighth for his first homer of the season, a three-run shot that sailed into the left-field bleachers.

Nuñez hit a solo shot in the seventh off Ryne Stanek. 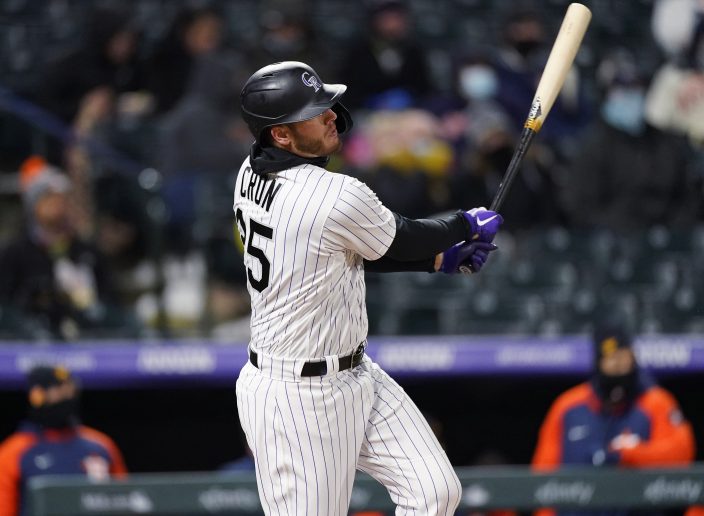 The Astros’ acquisition of the minor league Sugar Land Skeeters was approved Tuesday by local officials in the Texas city. The action finalized the Astros' acquisition of a majority interest in the team, which will serve as their Triple-A affiliate. The city and the Astros also agreed to a lease extension keeping the club at Constellation Field through 2045. 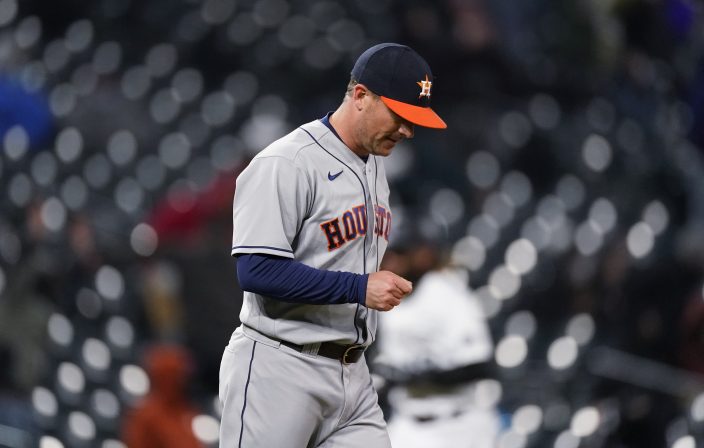 Astros: INF Alex Bregman, C Martin Maldonado, DH Yordan Alvarez and INF Robel Garcia have rejoined the club after being activated from the COVID-19 injured list (health and safety protocols). C Garrett Stubbs was optioned to the team's alternate training site, and INF Alex De Goti and OF Ronnie Dawson were returned to the alternate site. INF Taylor Jones was placed on the injured list. ... INF Jeremy Pena, one of Houston’s top prospects, is slated to undergo surgery Wednesday to repair a left wrist injury he suffered at the alternate training site. He is expected to be sidelined about five months.

Astros: RHP José Urquidy (0-1, 4.50 ERA) is set to make his fourth start of the season and first of his career against Colorado in Wednesday’s series finale.

Rockies: LHP Austin Gomber (0-2, 3.52 ERA), who arrived in Colorado as part of the trade that sent Nolan Arenado to St. Louis, seeks his first win as a member of the Rockies.