Andreas Athanasiou and Blake Lizotte each had a goal and two assists and the Los Angeles Kings defeated the Anaheim Ducks 4-1 on Tuesday night.

Anze Kopitar and Carl Grundstrom also scored for the Kings, who had gone 14 games since their last win by at least three goals, against St. Louis on March 17. Cal Petersen made 24 saves. 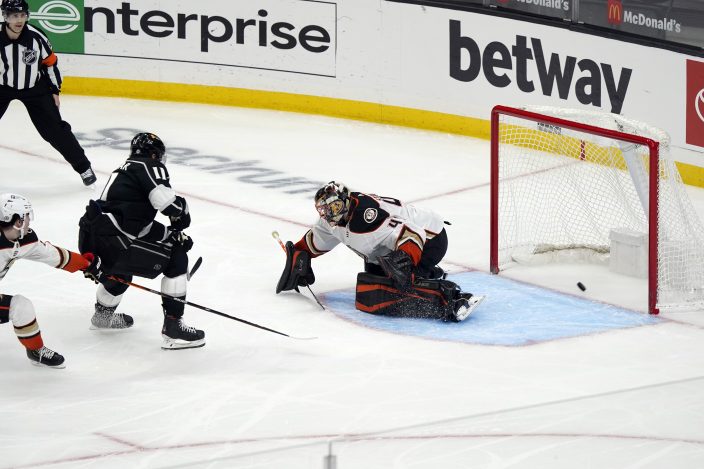 The teams played in front of about 2,000 fans, who were allowed into the Staples Center for the first time in more than a year due to the pandemic.

The Kings took the lead 5:26 into the first. Grundstrom was hit in the back by Athanasiou’s shot from the point, which sent the puck tumbling in past a bewildered Stolarz for his sixth goal.

Kopitar made it 2-0 at 8:31 of the second with his 10th goal. Drew Doughty’s stretch pass set up the breakaway by Kopitar, who has reached double digits in scoring in each of his 14 seasons in the NHL. 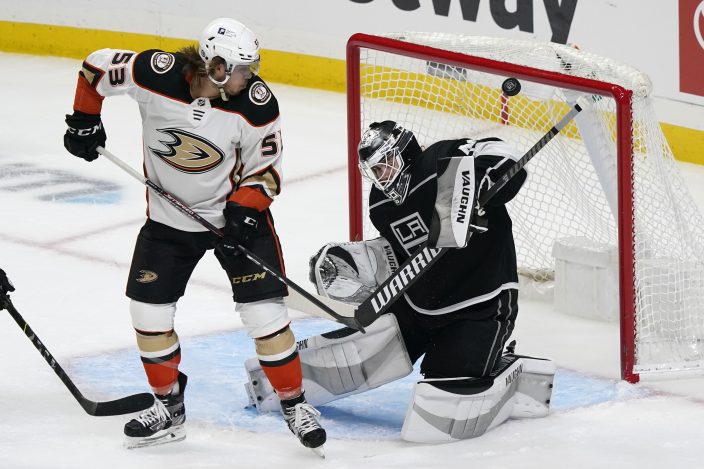 Athanasiou buried a one-timer from the right circle to push the lead to 3-0 at 10:48. It was the third multi-point game for Athanasiou this season.

Lizotte made it 4-0 at 10:50 of the third, putting Athanasiou’s rebound into an open net. Playing in his 103 career game, it was Lizotte’s first three-point game and first with multiple assists. 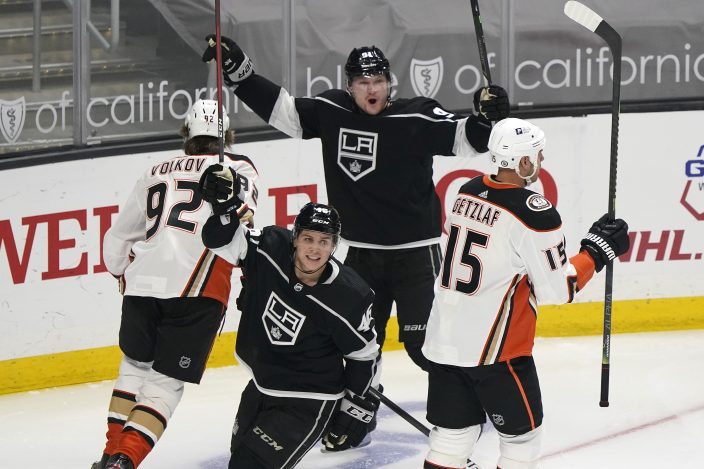 The Kings had reinforcements on defense with Matt Roy back after missing seven games because of COVID-19, and Tobias Bjornfot returning from an upper-body injury. With their second pair back, the Kings ended a run of 12 games allowing multiple goals.

The Kings had fans at Staples Center for the first time since March 11, 2020, with nearly 2,000 in attendance after showing proof of vaccination or a negative test as a condition of entry.

San Jose is set to follow suit starting next Monday, which will leave Chicago as the only NHL team in the United States that has yet to play in front of fans on home ice this season.

Henrique, Rakell propel Ducks to 6-5 win over Kings in OT