Queen Elizabeth II is marking her 95th birthday in a low-key fashion at Windsor Castle, just days after the funeral of her husband, Prince Philip.

Some members of the royal family are expected to be with the queen on Wednesday. Her birthday falls within the two-week royal mourning period for Philip that is being observed until Friday.

British Prime Minister Boris Johnson was one of many people who sent best wishes to the monarch. 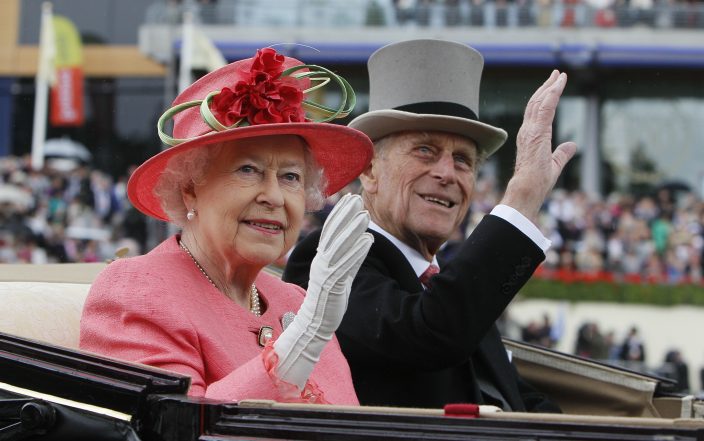 FILE - In this Thursday, June, 16, 2011 file photo, Britain's Queen Elizabeth II with Prince Philip arrive by horse drawn carriage in the parade ring at the of the Royal Ascot horse race meeting at Ascot, England. Now that the Royal Family has said farewell to Prince Philip, attention will turn to Queen Elizabeth II’s 95th birthday on Wednesday, April 21, 2021 and, in coming months, the celebrations marking her 70 years on the throne. This combination of events is reminding the United Kingdom that the reign of the queen, the only monarch most of her subjects have ever known, is finite.(AP PhotoAlastair Grant, file)

“I have always had the highest admiration for Her Majesty and her service to this country and the Commonwealth," Johnson said on Twitter. “I am proud to serve as her prime minister.”

Philip, also known as the Duke of Edinburgh, died on April 9 at age 99. Family and friends gathered for his funeral at St George’s Chapel in Windsor on Saturday to say their final farewells.

His death came a few months before his 100th birthday, which was due to be the focus of royal celebrations this year, while the queen’s 95th was always set to be a more low-key event.

The U.S. Department of Justice exp ...