A look at what’s happening in European soccer on Wednesday:

Amid the fallout from the already defunct Super League, the Premier League continues with two of the proposed rebel clubs, Manchester City and Tottenham, in action. City visits Aston Villa seeking a win to move 11 points clear in first place. Pep Guardiola's team needs a maximum of 11 points from its last six games to win a third league title in four years. Seventh-place Tottenham is at home to Southampton needing a victory to keep alive its realistic top-four hopes and qualification for next season's Champions League. Tottenham is five points behind fourth-place Chelsea. Ryan Mason, a 29-year-old former Tottenham player, takes charge of the team for the first time since temporarily replacing the fired Jose Mourinho. 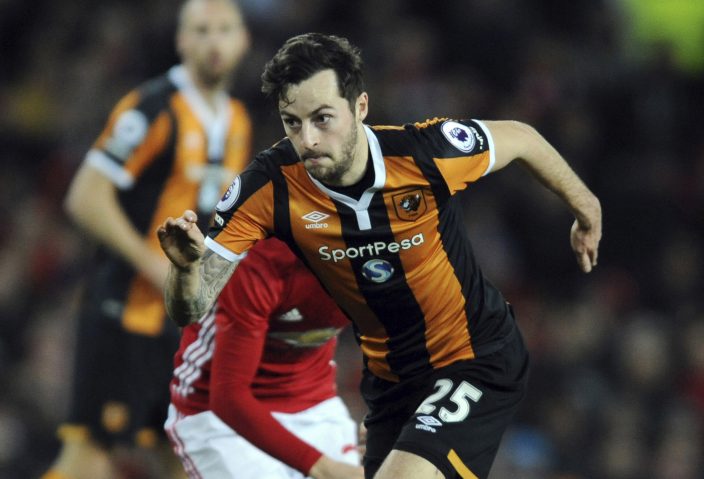 FILE - In this Tuesday, Jan. 10, 2017 file photo, Hull City's Ryan Mason runs, during the English League Cup semifinal, 1st leg, soccer match between Manchester United and Hull at Old Trafford stadium in Manchester, England. Mason will lead Tottenham into the English League Cup final against Manchester City on Sunday, April 25, 2021 as the youngest manager in the club’s history after being installed as replacement for the fired Jose Mourinho until the end of the season. The 29-year-old Mason retired from playing in 2018 on medical advice after failing to fully recover from a fractured skull following a clash of heads during a Premier League game. (AP PhotoRui Vieira, File)

Real Madrid visits Cádiz looking to get back in the fight for the title in the Spanish league. The defending champion lost ground after being held at Getafe last weekend. It has a chance to get back within a point of leader Atlético Madrid, which hosts Huesca on Thursday. Third-place Barcelona also plays on Thursday, against Getafe at home. Real Madrid remains depleted by injuries and suspensions, with several players unable to make it to the match against Cádiz. Fourth-place Sevilla also plays on Wednesday, visiting mid-table Levante. 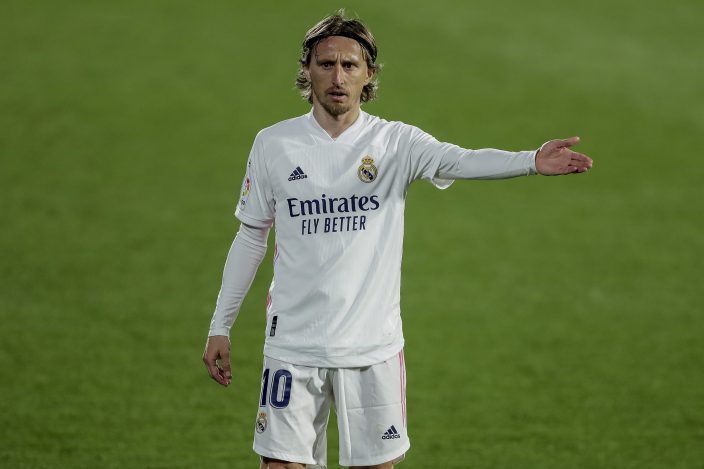 Inter Milan will be confident of maintaining its march to a first league title in more than a decade when it travels to lowly Spezia. Inter is nine points ahead of second-place AC Milan, which hosts Sassuolo. Juventus is four points further back, in fourth, and welcomes relegation-threatened Parma. Bottom-place Crotone hosts Sampdoria knowing that its survival hopes are getting ever fainter. It is 15 points below 17th-place Benevento and Torino, who visit Genoa and Bologna, respectively. Cagliari can boost its hopes of survival with a win at Udinese.

Wolfsburg is third in the Bundesliga and can take a step closer to guaranteeing a return to the Champions League with a win at Stuttgart. Fifth-place Borussia Dortmund hosts Union Berlin as it bids to climb back into the top four. Borussia Mönchengladbach visits Hoffenheim and Werder Bremen hosts Mainz. Hertha Berlin was scheduled to play Freiburg but the game was postponed after a coronavirus outbreak at Hertha forced the entire team into quarantine for two weeks.

French Cup winner and record holder Paris Saint-Germain takes on Angers at home for a place in the semifinals. But PSG coach Mauricio Pochettino may decide to rest some key players with a Champions League semifinal against Manchester City looming on the horizon. PSG is looking to win the competition for the 14th time, but there is some stiff competition because Monaco and Lyon are still involved. The five-time Cup winners meet in Lyon for the last remaining quarterfinal. Lyon won its fifth French Cup in 2012 while Monaco’s came 30 years ago and its last final was in 2010, when it lost to PSG.