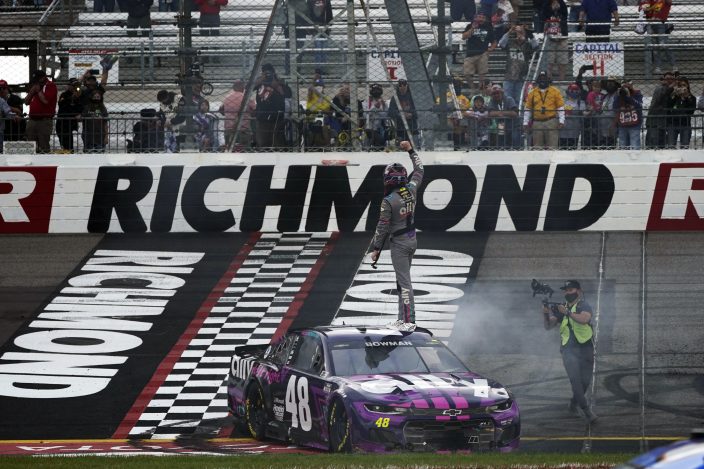 Last race: Alex Bowman grabbed the lead on a restart with 10 laps to go and outran Denny Hamlin and Joey Logano to win at Richmond Raceway.

Fast facts: Hamlin remains the points leader after notching his eighth top-five finish in nine races. Joe Gibbs Racing teammate Martin Truex Jr. is 81 points behind, followed by Logano, William Byron and Blaney. ... Hamlin's eight top fives are twice as many as any other driver. He's led 483 laps in the last two races and a series-best 694 overall. ... Bowman became the eighth different winner in nine races. His victory for Hendrick Motorsports was the first for the No. 48 since Jimmie Johnson won in June 2017.

Next race: May 2, Kansas City, Kansas. 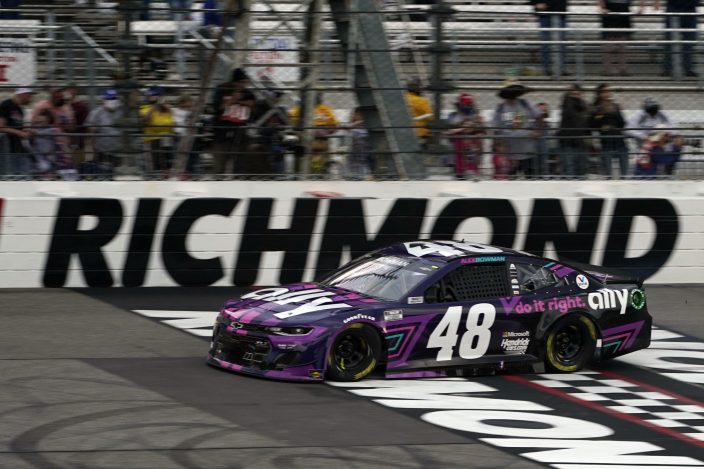 Fast facts: Defending series champion Austin Cindric is the only repeat winner after seven races and leads the points race by 42 over Daniel Hemric. Harrison Burton is third, followed by Haley and Jeb Burton, Harrison's cousin. ... Cindric is the only driver in the top five in the point standings to have won a race this season. ... Berry's victory came in just his 13th career start in a career that started in 2014. ... Rookie Ty Gibbs, 18, has finished in the top 5 in all three of his starts.

Next race: May 8, Darlington, South Carolina.

Next race: May 1, Kansas City, Kansas.

Next race: May 2, Portimao, Portugal.

Last year: Josef Newgarden won in the final event of a 14-race season.

Next event: May 2, Commerce, Georgia.