Manchester City moved a step closer to the Premier League title after capping a turbulent week with a 2-1 win at Aston Villa on Wednesday.

The leaders, who had John Stones sent off in the first half, jumped 11 points clear and need eight points from five games to reclaim the trophy from Liverpool after goals from the exceptional Phil Foden and Rodri turned the game at Villa Park.

John McGinn’s opener after 20 seconds stunned the visitors but they recovered to win after their ill-fated entry and quick withdrawal from the controversial Super League this week. 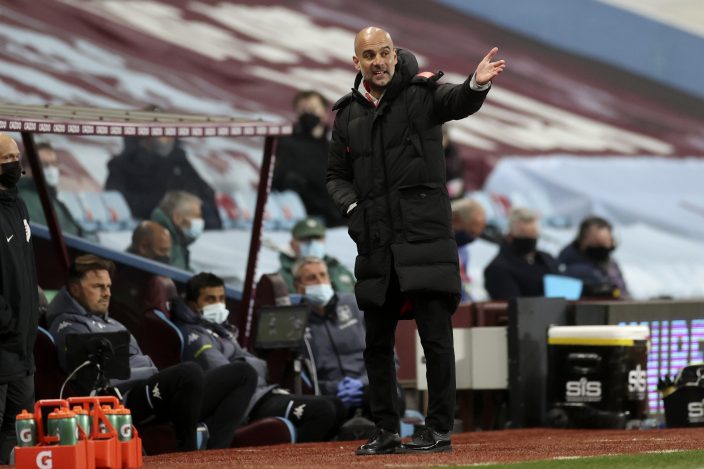 They held on after Stones was sent off for a late challenge on Jacob Ramsey, ruling the City defender out of Sunday’s English League Cup final against Tottenham at Wembley.

Matt Cash was also red-carded after two quickfire yellow cards in the second half for fouls on Foden to ease any fears of a Villa comeback.

Villa remains in 11th place with its European hopes slipping away. 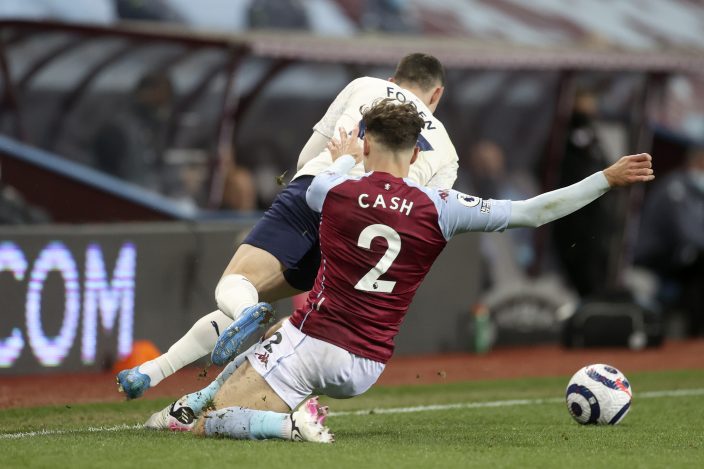 City was caught cold in the first minute by Tyrone Mings’ long ball forward which a stretching Stones failed to cut out.

It fell to Ollie Watkins and the striker crossed for McGinn, arriving ahead of Oleksandr Zinchenko, to sweep in from 10 meters. It was Villa’s fastest Premier League goal for 26 years.

The hosts had not played for 11 days — in that time City had a grueling Champions League quarterfinal win at Dortmund and an FA Cup semifinal loss to Chelsea. 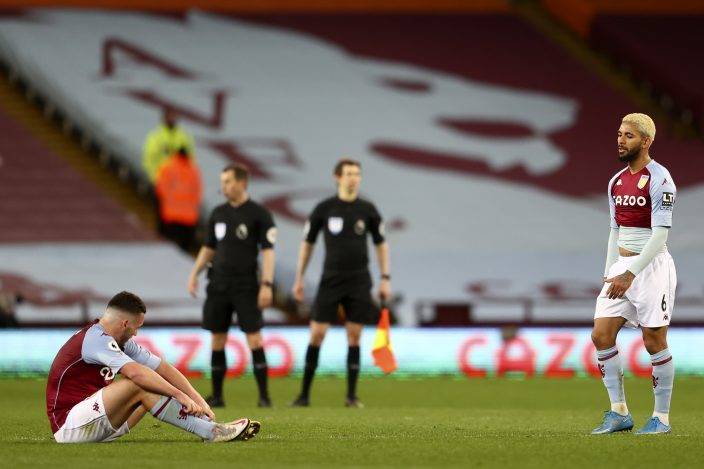 Yet, with Guardiola making eight changes to freshen his team, City gradually began to dominate and Riyad Mahrez tested Emi Martinez after 20 minutes.

It served as a warning as City leveled two minutes later following a terrific flowing move.

Goalkeeper Ederson began from the back, picking out Zinchenko with a 50-yard pass and he knocked it off to Foden. 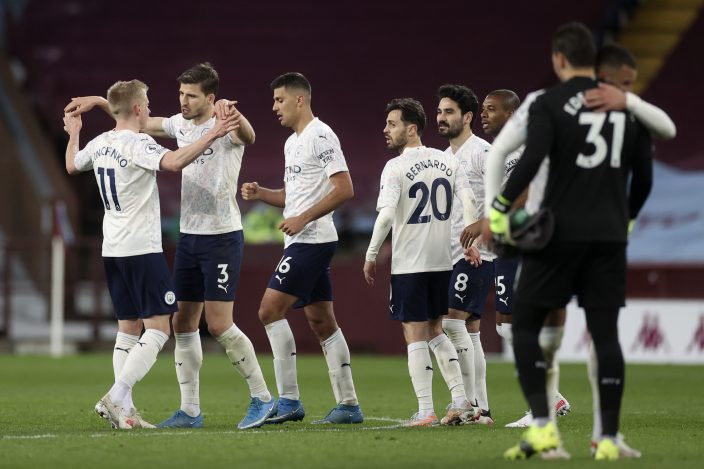 The England midfielder found Mahrez on the right and continued his run into the area where Bernardo Silva, after being slipped in by Mahrez, found him to fire a volley past Martinez.

City continued to press with the game almost exclusively played in Villa’s half and Mahrez had a free kick deflect over.

Villa’s concentration levels could only keep City at bay for so long and the visitors broke through again five minutes before the break.

Foden’s corner was only half-cleared, Ilkay Gundogan and Mahrez kept the ball alive, and Rodri glanced into the corner after Martinez failed to beat him to Silva’s cross.

City looked on course to cruise to another three points but, just four minutes later, Stones was dismissed.

He went for a bouncing ball just inside the City half and clattered into Ramsey, with referee Peter Bankes initially giving the defender a yellow card.

VAR intervened, though, and once Bankes checked his monitor, he reversed his decision to show Stones a straight red — in front of watching England coach Gareth Southgate.

It was late rather than malicious and the decision left Guardiola fuming, but Cash leveled the numbers up after 56 minutes.

It was rash from the right-back, who had been booked for a foul on Foden just two minutes before, when he chopped down the midfielder again after losing the ball.

The red played into City’s players' hands and they were happy to control the pace without leaving themselves stretched.

Gundogan flashed a free kick over with 14 minutes left and City saw out the game with ease.

The Latest: India reports drop in cases in Delhi, Mumba ...