Brandon Hagel scored 3:00 into overtime, and the Chicago Blackhawks rallied to beat the Nashville Predators 5-4 on Wednesday night.

Hagel also had two assists as Chicago beat Nashville for the first time in seven games this season. Pius Suter and Vinnie Hinostroza each had a goal and an assist, and Malcolm Subban made 35 saves.

The Blackhawks trailed 4-1 after Luke Kunin scored 58 seconds into the third. But Hagel closed it out for Chicago when he beat Juuse Saros for his seventh of the season. 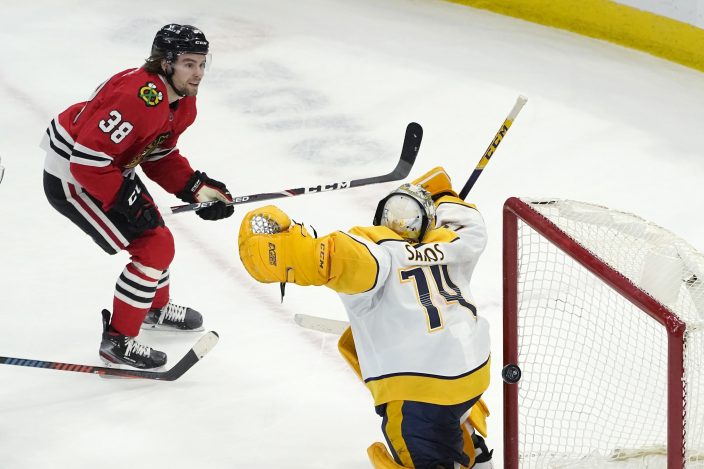 The unlikely victory boosted Chicago's slim playoff hopes in the Central Division. Nashville holds the fourth and last playoff spot with 52 points. Dallas is fifth with 50 points, and Chicago has 49 points.

Mikael Granlund had a goal and an assist for the Predators, who face the Blackhawks again on Friday night. Eeli Tolvanen and Colton Sissons also scored, and Saros finished with 25 stops.

Chicago scored three times in 2:51 to erase Nashville’s lead in the third. 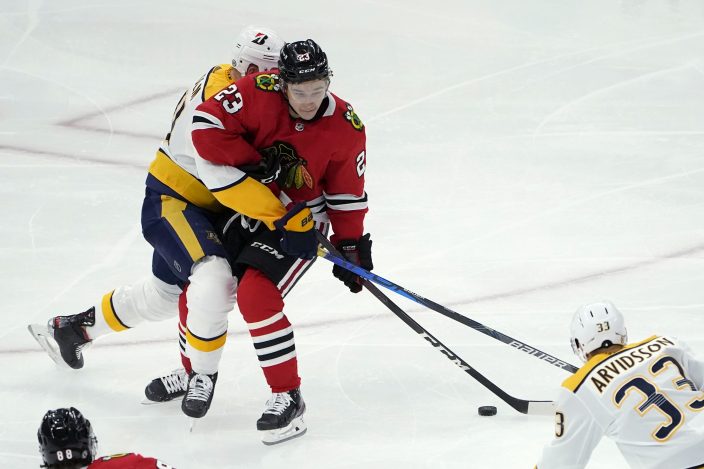 Rookie Wyatt Kalynuk took a perfect pass from Patrick Kane and beat Saros from the left slot to make it 4-2 midway through the period. Hinostroza cut the gap to 4-3 with a drive from the slot at 11:13.

Nashville called timeout, but failed to stop Chicago’s momentum. Chicago’s Dominik Kubalik made it 4-all at 12:55, converting Suter’s pass from behind the net.

It was a complete turnaround from most of the first 49 minutes. 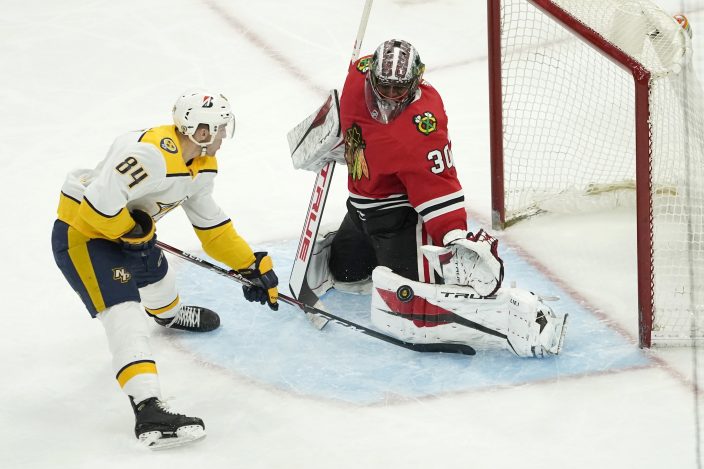 Suter scored the game's first goal, sliding a puck between Saros’ feet 4:14 into the first period. Then Nashville took over.

Tolvanen tied the game for the Predators about 10 minutes later, parking himself in the crease to take Viktor Arvidsson’s pass from behind the goal line. He had an open net when Subban went to intercept the pass.

Sissons gave Nashville a 2-1 lead 13:39 into the second when he turned around Chicago defenseman Connor Murphy just inside the Blackhawks’ zone and beat Subban with a wrist shot on the glove side. Sissons had tried to control the puck with his stick over his shoulder, but when Murphy touched the puck, the play became legal. 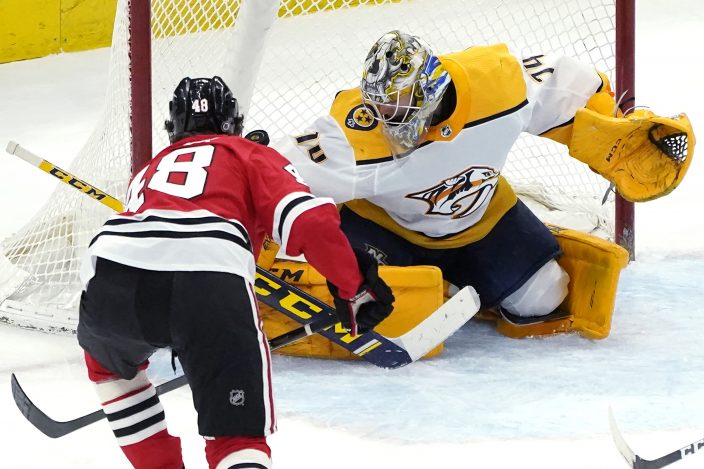 The Predators applied more pressure as the period ended and it paid off when Granlund scored with 1.4 seconds remaining in the second. Subban whiffed on a medium-speed wrist shot from 30 feet, making it 3-1.

Blackhawks coach Jeremy Colliton scratched forward Dylan Strome in favor of a seventh defenseman. The center had only two points and was minus-3 on even-strength play in his last eight games. Defenseman Calvin de Haan aggravated a hip injury in the first period and didn’t return, so Chicago still had the usual complement of six defensemen the final 40 minutes.

The Blackhawks and Predators conclude their season series in Chicago on Friday night.