Jalen Brunson scored 18 of his 20 points in the first half of a game that was supposed to be played Feb. 17 but was postponed because of severe winter weather in Texas.

Jerami Grant scored 26 points and Cory Joseph added 23 for the Pistons, who haven't beaten a team with a winning record since a 108-102 win at Boston on Feb. 12. Mason Plumlee had 13 points and 16 rebounds. 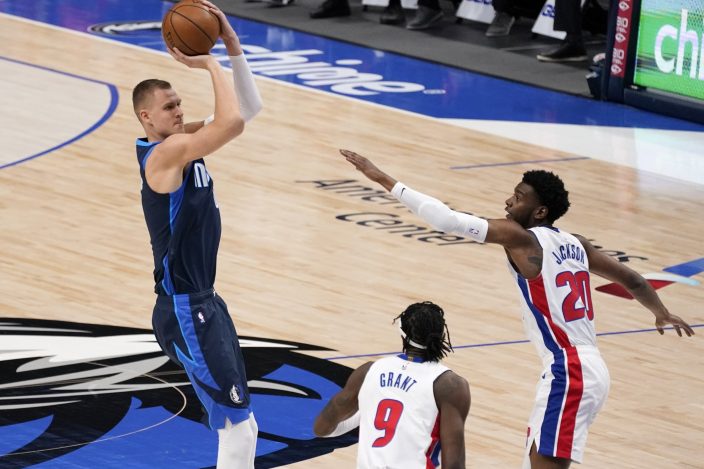 Grant had 15 points in the first quarter, but foul trouble limited Detroit's leading scorer to less than three minutes in the second and third quarters combined. The Pistons' deficit was 16 points by the time Grant finally got back in the flow of the game early in the fourth quarter.

The Mavericks had lost five of seven since a season-best five-game winning streak, including a pair of losses to teams with losing records. Dallas fell behind by eight in the first quarter against lowly Detroit but finished the first half on a 12-2 run for a 67-58 lead.

The Pistons were within eight in the fourth when Doncic made a free throw and Porzingis stepped in front of a pass for a steal and breakaway dunk for a 115-104 lead with three minutes remaining. 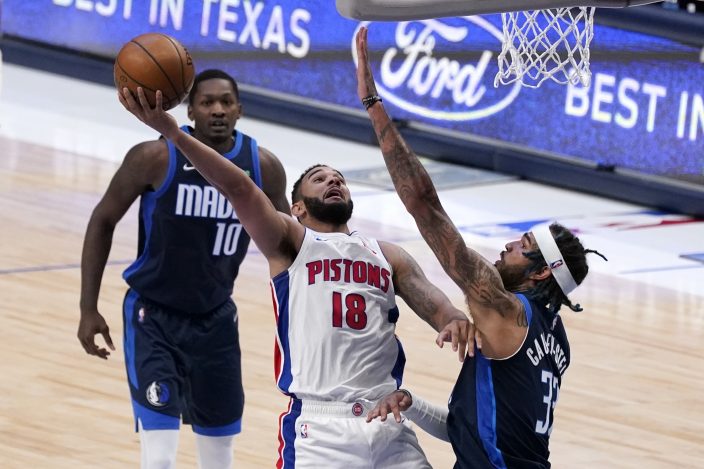 Doncic finished with nine assists, just missing his 10th triple-double of the season. The 22-year-old sensation has gone 17 games without a triple-double, his longest drought since going the first 44 games of his rookie year before getting his first.

Pistons: Dennis Smith Jr. was out with left knee soreness against the team that drafted him ninth overall in 2017. In his second season with the Mavericks, Smith lost his job as the starting point guard to Doncic and went to the Knicks in the trade that brought Porzingis to Dallas. ... Plumlee had his 15th double-double of the season. 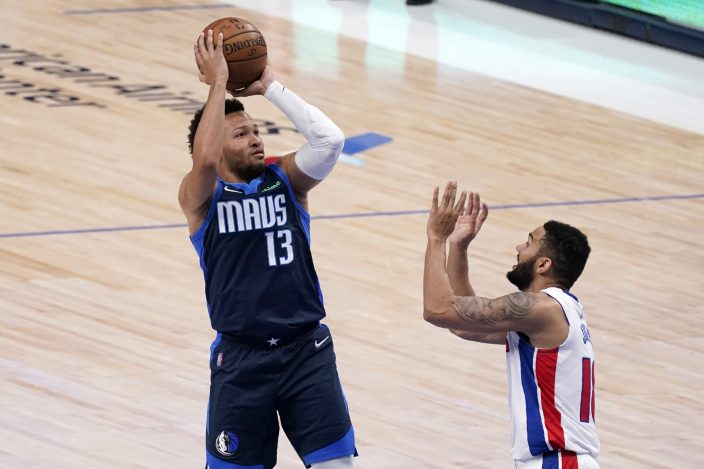 Mavericks: F Maxi Kleber tried to play through a lower back contusion after taking a charge in the first half but was ruled out at halftime. ... Tim Hardaway Jr. and Dorian Finney-Smith each hit three 3-pointers, with Hardaway scoring 15 and Finney-Smith 11.

Pistons: The second night of a back-to-back is in San Antonio on Thursday, the middle game of a three-game road trip. The Pistons have lost nine of their past 10 games at the Spurs.

Mavericks: The first of consecutive home games against the Lakers is also the second night of a back-to-back Thursday. LA star Anthony Davis says he intends to return after missing 30 games, the longest absence of his nine-year career, with right heel and calf issues.

EU economy to expand, bouncing back from pandemic crisi ...

The European Union economy is set ...