Nikola Jokic scored 25 points and made three key free throws down the stretch to give the Denver Nuggets a 106-105 victory over the Portland trail Blazers on Wednesday night.

Michael Porter Jr. added 17 points, all in the opening quarter, and the Nuggets won their fourth straight.

Damian Lillard scored 22 points for Portland, which has struggled against Western Conference teams that sit higher in the standings. The Trail Blazers lost their third straight. 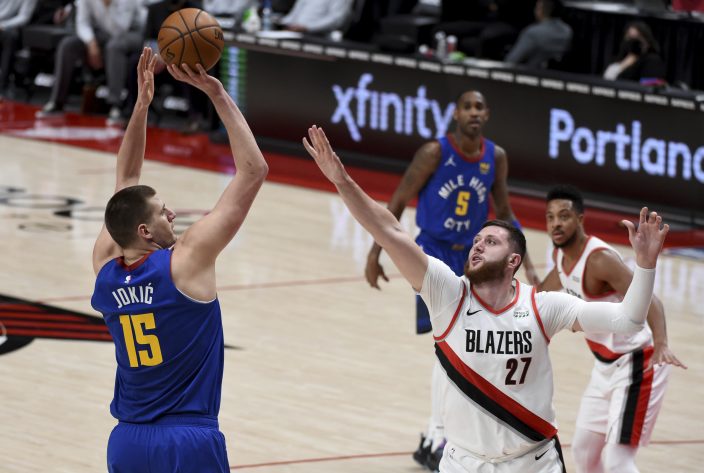 CJ McCollum's jumper tied it at 99 with just under five minutes to go. Jusuf Nurkic and Jokic traded baskets before Dozier's layup put the Nuggets up 103-101.

Lillard's pullup jumper tied it again with 1:37 left. Jokic made three free throws in the final 90 seconds to put the Nuggets up 106-103 before Lillard's layup got the Blazers within one, but it was as close as they could get. 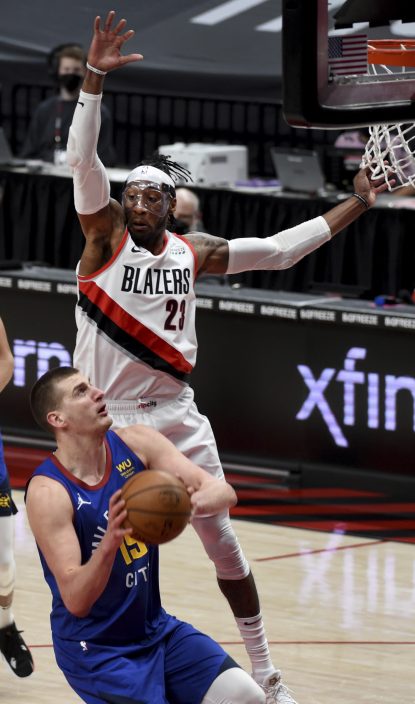 Lillard had missed three games with a hamstring injury. Nurkic missed Tuesday night's loss to the Clippers because of knee management in the first of a back-to-back.

It was a tight first half. McCollum's layup gave the Blazers their biggest lead at 48-40. But the Nuggets gained ground and went into the break with a 60-57 lead.

McCollum's 3-pointer, back-to-back baskets from Norman Powell and another 3 from Lillard capped a 12-0 run that put the Blazers up 71-65 in the third quarter. The run was stopped by Jokic's tip. 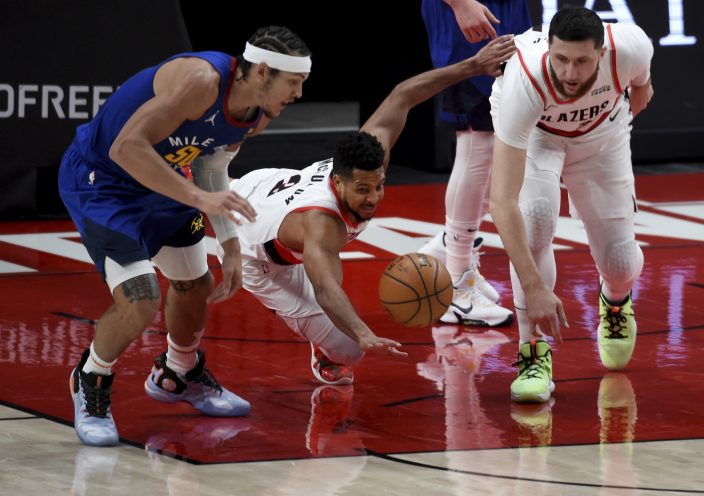 Porter launched into a 3-point attempt, but kicked Powell in the knee to draw a flagrant foul. Powell initially stayed in the game but a short time later left the court. The Blazers said he had a right knee contusion, but he returned in the final quarter.

Denver was coming off a 139-137 double-overtime victory over Memphis on Monday. 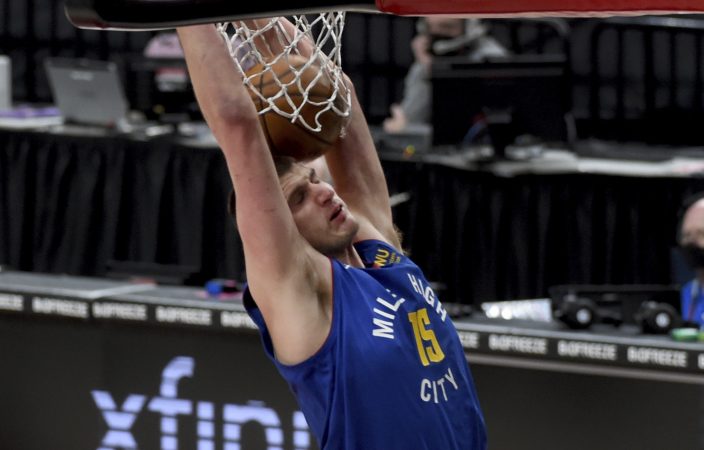 Nuggets: Denver announced Wednesday that guard Jamal Murray has undergone surgical reconstruction of his ACL. He remains out indefinitely. Murray, who was averaging 21.2 points a game this season, was injured on April 12 in a game at Golden State. ... Austin Rivers, who signed a 10-day contract with Denver on Tuesday, was available for the game.

Trail Blazers: With a 3-pointer in the first quarter, Lillard moved past Jason Kidd into 10th place on the NBA’s all-time 3s list. ... Lillard also joined Oscar Robertson as the only two players in NBA history with 1,500-plus points and 400-plus assists in each of their first nine seasons. ... It was the second of three meetings between the teams this season. Denver won the first, 111-106.

The Trail Blazers play the first of two straight games against Memphis on Friday.