Luke Kennard scored a season-high 28 points and the short-handed Los Angeles Clippers rallied from an 18-point, first-quarter deficit to beat the Memphis Grizzlies 117-105 on Wednesday night.

Marcus Morris added 25 points and Terance Mann had 19 points in helping the Clippers win their third in a row and 10th in 11 games despite being without starters Kawhi Leonard (sore foot), Paul George and Reggie Jackson, who both rested. 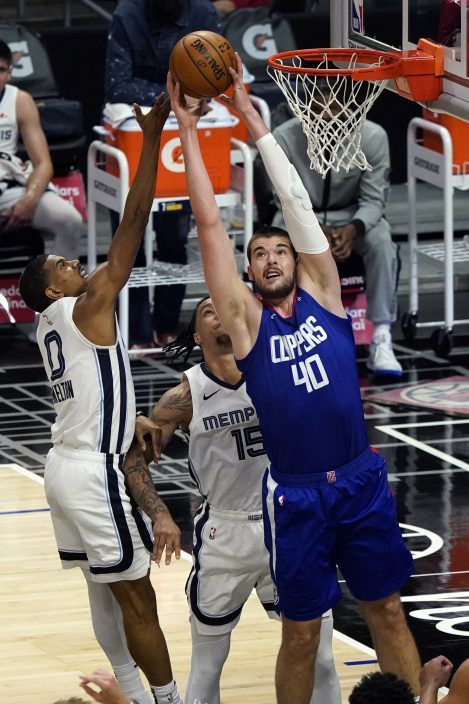 Jaren Jackson Jr. made his season debut for the Grizzlies, with 15 points and eight rebounds to go with five fouls off the bench. He'd been out since August after having surgery on his left meniscus and missing the first 56 games.

After being dominated in the first half, the Clippers took their first lead with about three minutes left in the third, when they hit 12 of 17 free throws. Kennard scored 10 points, including six in a row, and Mann dunked off a pass from Yogi Ferrell to send them into the fourth leading 87-82.

The Grizzlies got to 90-89 early in the fourth, but the Clippers pulled away down the stretch. They got consecutive baskets by Ferrell, newly signed to a 10-day contract, and two-way player Amir Coffey, who made his first start. Kennard hit his sixth 3-pointer, tying his career high. 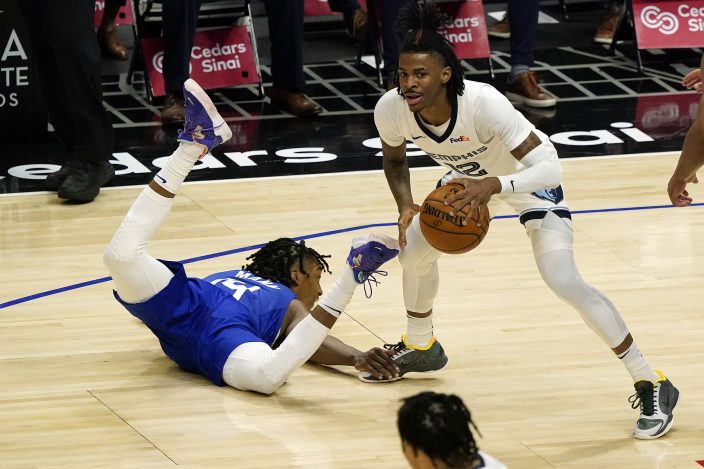 The Grizzlies came out firing, shooting 70% and building an 18-point lead in the first quarter. They cooled off to 56% in the second, when the Clippers reduced their deficit to 62-53 at halftime.

Jackson came off the bench and hit a 3-pointer midway through the first. His one-handed jam in the second drew shouts from his bench mates. 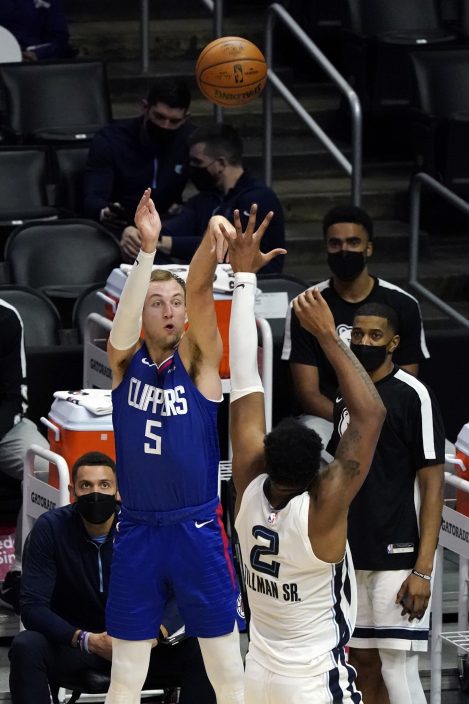 Clippers: Visit Houston on Friday in opener of three-game trip.