Not long after a jury convicted former Minneapolis Police Officer Derek Chauvin of killing George Floyd, police chiefs across the U.S. started speaking up. And it wasn't to defend the police.

Law enforcement leaders said Chauvin's conviction was a step toward restoring trust in the criminal justice system and repairing relations between police and the communities they serve. It was a major departure from years past, when even the highest levels would close rank around an officer following an on-duty killing. 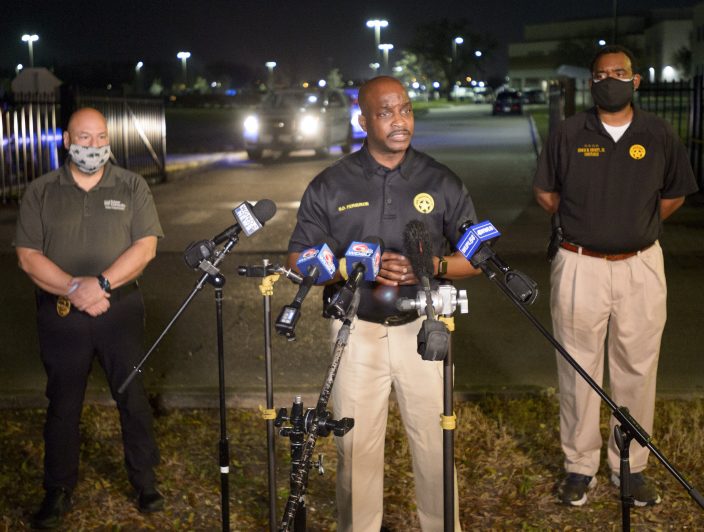 FILE - In this Feb. 26, 2021, file photo, New Orleans Police Chief Shaun Ferguson, center, updates the media on the investigation of a shooting at George Washington Carver High School where a law enforcement officer was fatally shot as a basketball game was being played in New Orleans. Law enforcement leaders say the conviction of former Minneapolis Police Officer Derek Chauvin for George Floyd's death is a step toward restoring trust in the criminal justice system and repairing relations with communities. (Max BechererThe Times-PicayuneThe New Orleans Advocate via AP)

But police leaders and activists alike cautioned that a single case will not end systemic racism or stamp out excessive force in departments nationwide.

“The American justice system has not always served all of her people well, and the death of George Floyd is a shocking example of where we can fail each other,” said Madison, Wisconsin, Police Chief Shon Barnes, the city's first Black police leader. “As an officer of the law, I believe that today justice has prevailed. We hear you. This moment matters.”

At Chauvin's trial, jurors saw video from bystanders and police body-worn cameras and heard witnesses describe how the white officer pinned his knee to Floyd’s neck as the Black man cried out, “I can’t breathe." 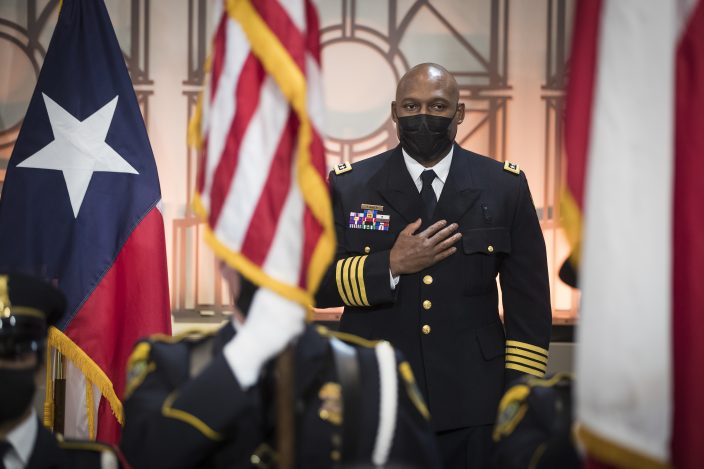 Minneapolis Police Chief Medaria Arradondo testified against Chauvin, breaking the “blue wall of silence" that has long shrouded accountability around police wrongdoing. Arradondo told jurors that Chauvin's conduct violated department policy, went against training and “is certainly not part of our ethics or our values.”

Some large unions for rank-and-file officers also supported the verdict, but it’s unclear whether that sentiment was universal when the general practice is to defend officers immediately.

Floyd's death last May gave rise to nightly protests across the U.S. and demands from activists to dismantle or radically rethink the role of police in society.

Since then, some police departments have instituted changes — such as banning chokeholds or setting timelines for the release of body-cameravideo of fatal police interactions — and many state legislatures are debating police reform bills.

Activists dedicated to systemic changes to American policing have criticized those steps as far too limited. But Chauvin's conviction gave cautious hope to many who have watched officers face no criminal consequences for other killings of Black Americans, from the 2014 chokehold death of Eric Garner in New York City to last year's suffocation of Daniel Prude in Rochester, New York.

Activist Isaac Wallner said Chauvin’s conviction suggested the country may be starting to take Black communities’ cries of police abuse seriously. But he said a single verdict won’t make him feel safe in his hometown of Kenosha, Wisconsin, where no officers have been charged in last year’s shooting of Jacob Blake.

“Until that day happens when police are afraid to abuse their badge, I’ll continue to be afraid of the police,” Wallner told The Associated Press. “As of right now, they’re not afraid because too many of them have gotten off.”

Law enforcement leaders in cities large and small said the verdict was just a first step.

“The work of doing justice for George Floyd doesn’t end today," San Francisco Police Chief William Scott said. "My hope for all of us in criminal justice roles is that we rise to this moment, and learn the lessons that history has, frankly, been trying to teach us for decades.”

Darin Balaam, the sheriff in Washoe County, Nevada, said, “It is past time we hold law enforcement officers who tarnish our profession and oath accountable for deplorable actions.”

Acevedo, the Miami police chief and president of the Major Cities Chiefs Association, said law enforcement leaders across the country took the unusual step last year of decrying Chauvin's actions because the bystander video was “shocking to the conscious.”

“Anyone who would question the righteousness of this conviction, I would say they really need to take a good, hard look at their own gut because I question their humanity,” Acevedo told the AP on Wednesday.

Even some police unions supported the verdict.

Patrick Yoes, president of the National Fraternal Order of Police, said the “trial was fair and due process was served."

Unions for officers in Los Angeles, San Francisco and San Jose said the verdict “was just” and offered “an opportunity to improve how our nation is policed.” And the usually pugnacious head of New York City's officers union, Patrick Lynch, said: "What Derek Chauvin did that day was not policing. It was murder.”

Chauvin's Minneapolis police union thanked jurors for their dedication but also criticized elected officials for what it deemed political pandering and divisive comments about police.

“There are no winners in this case and we respect the jury’s decision," the Police Officers Federation of Minneapolis said in a statement.

The verdict was especially profound and complicated for Black officers, who see the struggles of policing and race in both their work and personal lives.

Terrance Hopkins, president of the Black Police Association of Greater Dallas, said he was relieved Chauvin was convicted but acknowledged that “it’s hard to see an officer take a fall like this.”

“It helps me to do my job because this is how we build trust,” said Hopkins, a senior Dallas police corporal. “The trust has been taken away by us not holding officers accountable.”

Tattered relations between police and communities have been driven by centuries of poverty, poor schooling and a lack of economic opportunity in “inner cities and very diverse communities,” said Malik Aziz, former executive director of the National Black Police Association and incoming chief in Prince George’s County, Maryland. Officers alone can’t address those issues, he said.

“Until we actually face those facts of any structural or institutional racism or discrimination or prejudice or poverty, then we’ll continue to see these things flourish,” Aziz said. “This should not be a day of celebration, but it should be a day for us to actually have a real dialogue."