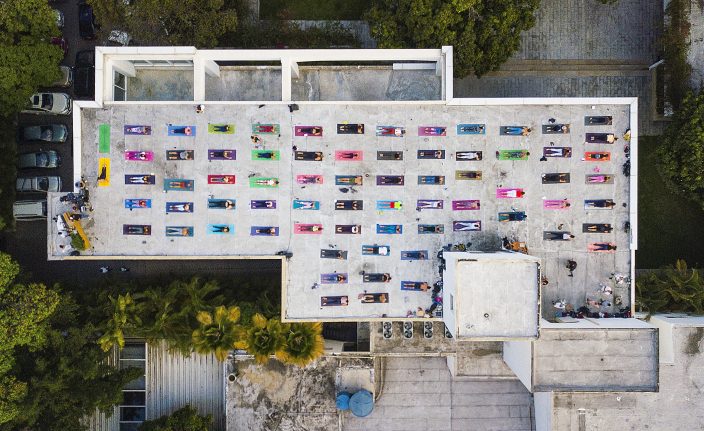 Enthusiasts practice yoga, keeping a social distance as a precaution during the COVID-19 pandemic, at a rooftop in Caracas, Venezuela, Wednesday, April 21, 2021. (AP PhotoMatias Delacroix)

GEORGE-FLOYD-LEGISLATIVE-REFORMS — George Floyd’s killing last year and the protests that followed led to a wave of police reforms in dozens of states, from changes in use-of-force policies to greater accountability for officers. At the same time, lawmakers in a handful of states have had success addressing racial inequities. But other states have done little or nothing around police and racial justice reforms, and several have moved in the opposite direction. By Paul J. Weber and Farnoush Amiri. SENT: 1,190 words, photos. Also see MORE ON CHAUVIN TRIAL below.

Click here for more stories on the Chauvin trial. 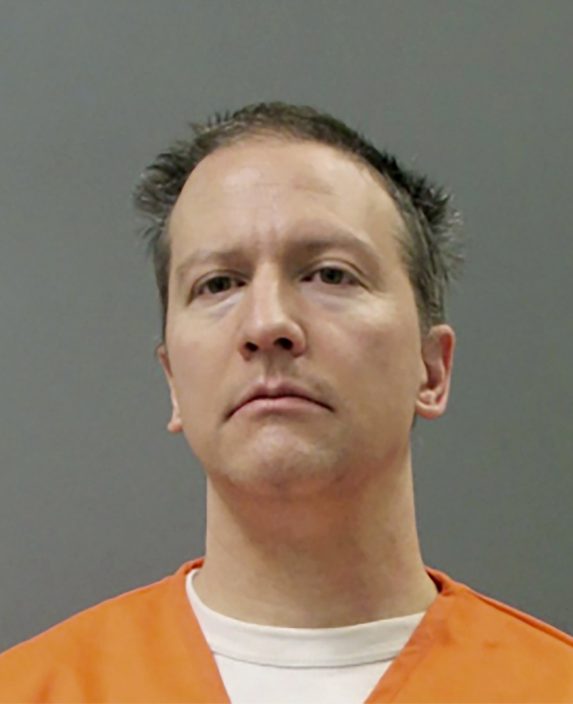 VIRUS OUTBREAK-COMING UP FOR AIR — Like so many health care workers battered by the pandemic, Kari Wegg is searching for footing in a life after COVID-19. But the scars across her chest and neck are constant reminders that it takes much more than a shot in the arm to get there. The Indiana nurse came down with the disease last summer and her life was saved only by grace of a double lung transplant. The road to normal is a long one, but she’s bolstered by the love and support of her husband and sons, and by her own indomitable spirit. By National Writer Adam Geller. SENT: 2,690 words, photos, video. An abridged version of 990 words is also available.

DAUNTE-WRIGHT — Just days after guilty verdicts were handed down for the former Minneapolis police officer whose killing of George Floyd set off nationwide protests and a reckoning over racism, the family of Daunte Wright, another Black man killed by police in Minnesota, is preparing for his funeral. By Aaron Morrison. SENT: 790 words, photos. 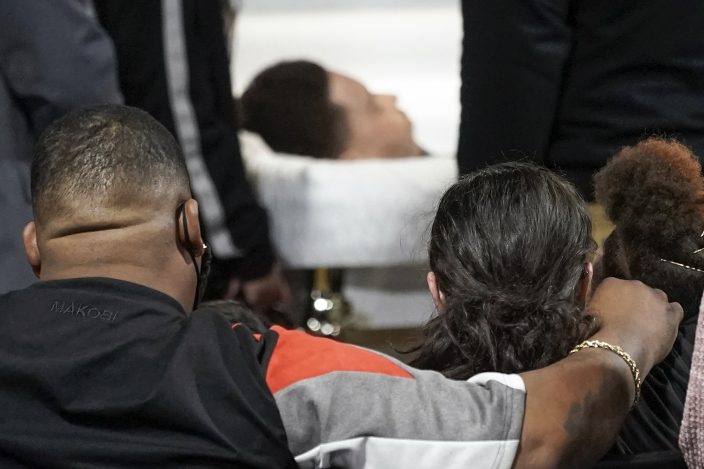 Katie and Aubrey Wright, parents of Daunte Wright look at their son during visitation services Wednesday, April 21, 2021, in Minneapolis. Daunte Wright was fatally shot by a police officer during a traffic stop. (AP PhotoMorry Gash)

CONGRESS-POLICING BILL — Congress is on the cusp of trying again to change the nation’s policing laws. By Lisa Mascaro. SENT: 1,010 words, photos.

GEORGE FLOYD-OFFICER TRIAL-OTHER DEATHS — The murder conviction in George Floyd’s death has been hailed as a sign of progress in the fight for equal justice, but the case is many ways is an outlier and leaves unanswered difficult questions about law enforcement’s use of force and systematic racism in policing. SENT: 1,230 words, photos.

VIRUS-OUTBREAK-CHINA — Around 200 million doses of COVID-19 vaccine have been administered so far inside China, with an emphasis on front-line workers, university students and people living in border areas, health officials say. SENT: 490 words, photos. With VIRUS-OUTBREAK-THE-LATEST.

BIDEN-ARMENIAN GENOCIDE — Biden is preparing to formally acknowledge that the systematic killing and deportation of hundreds of thousands of Armenians by the Ottoman Empire in modern-day Turkey more than a century ago was genocide, U.S. officials say. SENT: 920 words, photo.

INDONESIA-SUBMARINE — Indonesia’s navy ships were intensely searching for a submarine that likely fell too deep to retrieve, making survival chances for the 53 people on board slim. SENT: 770 words, photos.

ROMANIA-BURNING-METAL — Members of the Roma community scrape together a living in the trash-strewn slums outside Romania’s capital by setting fire to computers, electrical cables and anything else they can find that contains metal. SENT: 900 words, photos.

LEGISLATURES-DEATH-PENALTY-DEBATE — An effort to repeal the death penalty in Nevada is exposing polarization in the Legislature while proving party affiliation can be an unreliable predictor when it comes to capital punishment. SENT: 810 words, photos.

LIVING BUILDING-GEORGIA — It’s not too often that tours of new buildings start with the toilets, but they’re a big part of a different kind of building in Atlanta. SENT: 770 words, photos, video.

AFGHANISTAN-RELICS RETURN — Precious relics of Afghanistan’s ancient past are returning to the nation as it confronts deepening uncertainty about its future. SENT: 810 words, photos, video.