A group of Manchester United fans unhappy with the club's involvement in the abandoned Super League plan gained access to its training ground on Thursday and spoke to manager Ole Gunnar Solskjaer and some members of staff.

The protesters carried banners with messages including “Glazers out,” in reference to the Glazer family that owns United, and “We decide when you play.” 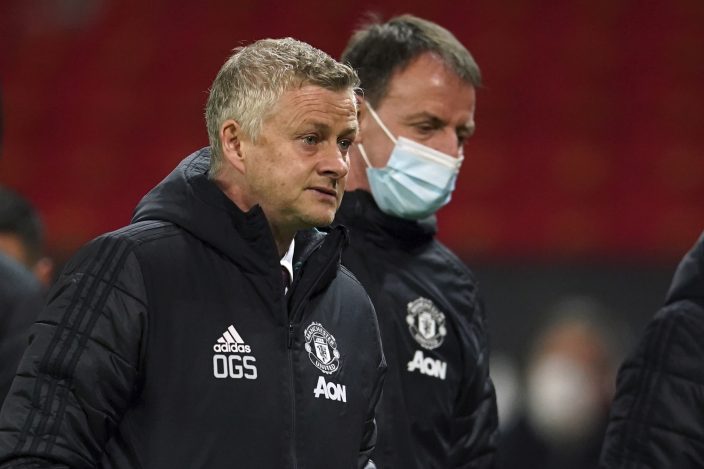 Manchester United's manager Ole Gunnar Solskjaer leaves at the end of the first half during the Europa League, quarterfinal, second leg soccer match between Manchester United and Granada at the Old Trafford stadium, in Manchester, Thursday, April 15, 2021. (AP PhotoDave Thompson)

“Buildings were secure and the group has now left the site,” United said in a statement.

United was one of six English teams who signed up to join a breakaway Super League also involving three clubs from Spain and another three from Italy.

The English teams all withdrew on Tuesday under pressure from the British government and supporters.

Eichel refers to `disconnect' with Sabres on treat ...