Phillip Evans kept Akil Baddoo's drive to left field in the park in the seventh inning to help Pittsburgh escape a jam, and the Pirates scored twice in the eighth to beat the Detroit Tigers 4-2 on Thursday.

With the score tied at 2, Baddoo nearly put the Tigers ahead, but Evans reached above the fence in left, and the ball bounced off his glove and back into the field of play. Baddoo wound up with a double, and he didn't end up scoring. 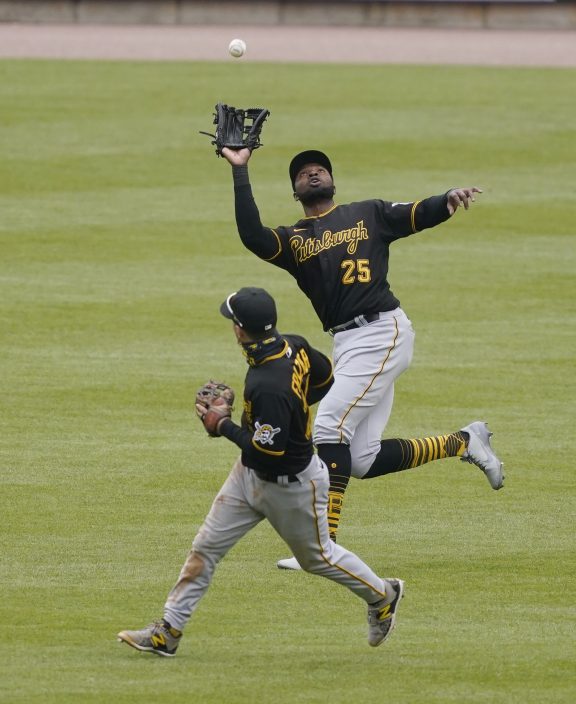 With men on first and third and one out, Sam Howard (2-1) came on and retired Robbie Grossman and Willi Castro on flyballs.

Adam Frazier had three hits for the Pirates, including a one-out single off José Cisnero (0-1) in the eighth. Frazier advanced on a wild pitch and scored on Moran's single off Gregory Soto to give Pittsburgh the lead for good.

Richard Rodríguez pitched a perfect ninth for his third save, sending the Tigers to their sixth loss in seven games. 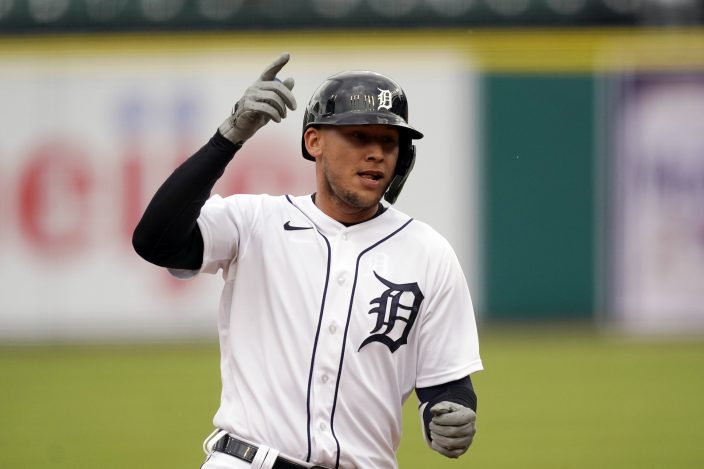 Detroit Tigers' JaCoby Jones rounds the bases after a solo home run during the fifth inning of a baseball game against the Pittsburgh Pirates, Thursday, April 22, 2021, in Detroit. (AP PhotoCarlos Osorio)

JaCoby Jones hit a solo homer for Detroit in the fifth.

José Ureña allowed two runs in the first inning but held Pittsburgh scoreless for the next six. Bryan Reynolds hit an RBI single in the first, and González drove in the second run with a single of his own.

Baddoo hit an RBI triple in the second. 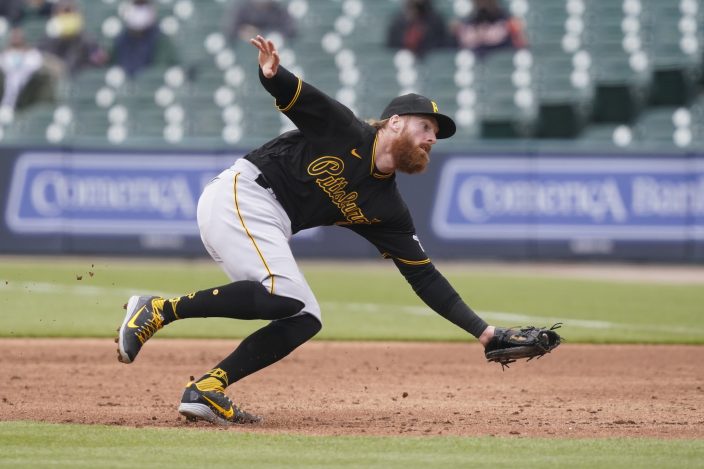 For a second straight day, the teams played through snow flurries at times, although it was nothing major.

Pirates: 3B Ke’Bryan Hayes reaggravated his left wrist injury during a batting drill late Wednesday night and was sent back to Pittsburgh for further evaluation. Hayes, who went on the injured list on April 4, remains out indefinitely. With Hayes' absence extended, Pittsburgh selected the contract of two-time All-Star 3B Todd Frazier to the major league roster and designated OF Dustin Fowler for assignment. ... The Pirates put RHP Chad Kuhl on the 10-day injured list retroactive to Monday with right shoulder discomfort and recalled RHP Geoff Hartlieb.

Pittsburgh plays at Minnesota on Friday night. JT Brubaker (2-0) starts for the Pirates against J.A. Happ (0-0).

Detroit begins a home series against Kansas City. The Tigers send Casey Mize (1-1) to the mound against Mike Minor (1-1).