Juan Soto, the reigning NL batting champion, is on the 10-day injured list. So is Stephen Strasburg, the 2019 World Series MVP. Key relievers Will Harris and Wander Suero, too. Jon Lester has yet to make his debut since arriving as a free agent.

That’s just a sampling of the ways in which things already have not gone according to plan for the Washington Nationals in the early going of 2021 — and that substantial list doesn’t even include the COVID-19 outbreak that sidelined nine players on opening day, more than a third of the roster.

“We’ve had a lot thrown at us the first couple weeks of the season,” reliever Daniel Hudson said. 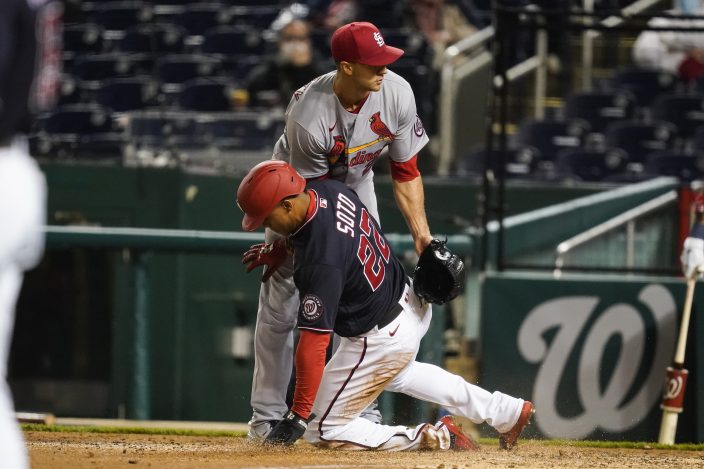 And yet Washington will head into the start of a three-game series at the NL East rival New York Mets on Friday with a 7-9 record.

Certainly not where the Nationals want to be — “I’d much prefer being 9-7 or above .500,” manager Dave Martinez said — but thanks to a 6-4 stretch, it looks a lot better than the 1-5 mark with which they began.

The Nationals, who finished tied for last in the division in the shortened 2020 season, had Thursday off following a pair of one-run victories that gave them a series win against the St. Louis Cardinals, by a 3-2 score on Tuesday, then 1-0 on Wednesday. 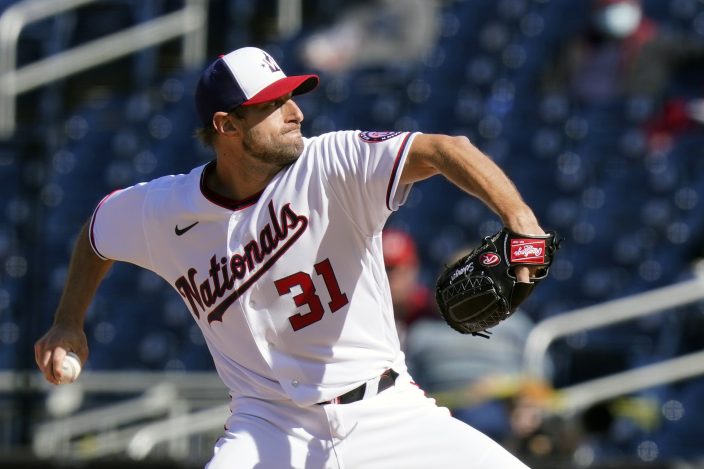 His first win of the season came with the help from the back end of the bullpen, which might just turn out to be the team’s greatest strength after being a shaky element that often required shoring up at the trade deadline in recent years.

Tanner Rainey (seventh), Hudson (eighth) and Brad Hand (ninth) each provided a scoreless inning against the Cardinals on Wednesday. 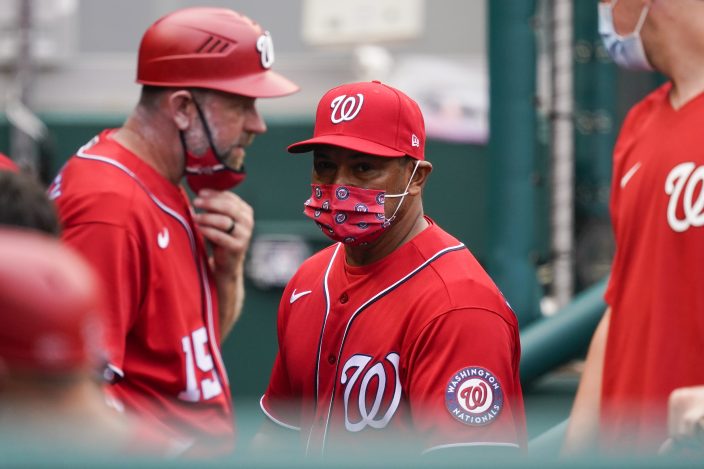 Washington Nationals manager Dave Martinez, center, walks in the dugout during the sixth inning of the second baseball game of the team's doubleheader against the Atlanta Braves at Nationals Park, Wednesday, April 7, 2021, in Washington. The Braves won 2-0. (AP PhotoAlex Brandon)

For Hand, it was his third save in three opportunities since signing with Washington in the offseason and stretched his overall run to 24 consecutive converted chances dating to August 2019, the longest active streak in the majors.

“Those are our Big Three back there,” Martinez said. “They’re huge. We get the lead, you feel pretty good about those three guys coming in.”

Which is important when the starting pitching is not whole (Strasburg just started throwing from 75 feet as he comes back from inflammation in his pitching shoulder; Lester, part of the group that missed time because of COVID-19 protocols, is expected to finally join the club after one more simulated game at the alternate training site) and the lineup is not producing many runs regularly (it doesn’t help that Soto is sidelined with a sore left shoulder or that offseason addition Josh Bell is batting .161 with twice as many strikeouts as hits, 10-5).

One thing that might help Washington is that it has a light schedule coming up: just five games and three off-days between now and April 30, when Soto is eligible to come off the IL.

“It takes a few games to consistently — the pitching and the hitting — put it all together. Once we start doing that, we’ll take off. We’ll have those strings of victories come through,” Martinez said.

“We’re going to click. Everything’s going to work,” he added. “Who knows where we’ll end up being here in the next week or so?”