At least 23.2 million Americans watched on television this week as former Minneapolis police Officer Derek Chauvin was convicted of murder and manslaughter in the death of George Floyd.

The Nielsen company's estimate came from viewership figures on 11 different networks that carried Tuesday's verdict live. The actual audience was likely higher, however, since Nielsen's count did not include ESPN, which also carried the verdict.

Word spread that the verdict was coming some 90 minutes before it was delivered, giving time for an audience to gather. 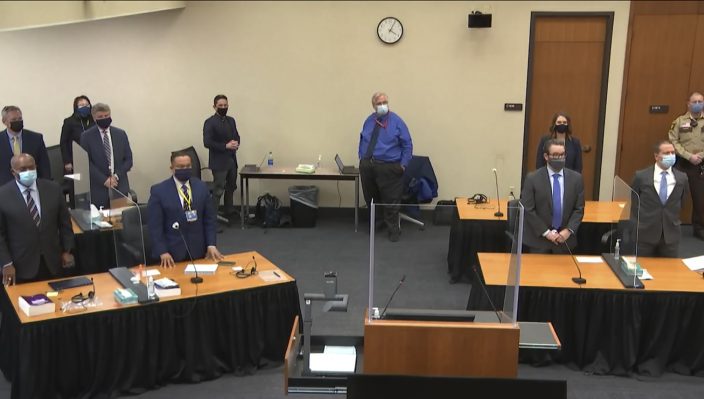 In this image from video, defense attorney Eric Nelson, and defendant, former Minneapolis police Officer Derek Chauvin, both on the right side of the courtroom, arrive for the verdict in Chauvin's trial for the 2020 death of George Floyd, Tuesday, April 20, 2021, at the Hennepin County Courthouse in Minneapolis, Minn. Behind the front table at left is prosecutor Jerry Blackwell, left, and Minnesota Attorney General Keith Ellison. Behind the rear table at left is prosecutor Steve Schleicher, left, and Assistant Minnesota Attorney General Matthew Frank. (Court TV via AP, Pool)

CNN, with an estimated 4.03 million viewers, had the biggest audience, according to Nielsen. ABC, Fox News Channel, MSNBC, NBC and CBS all had at least 3 million people watching.

Floyd, a Black man, died after Chauvin, who is white, kneeled on his neck for more than nine minutes last May, sparking protests around the world. 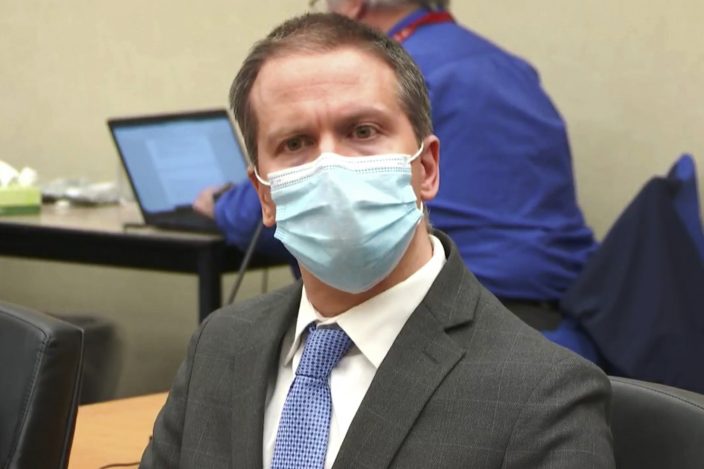 In this image from video, former Minneapolis police Officer Derek Chauvin listens as the verdict is read in his trial for the 2020 death of George Floyd, Tuesday, April 20, 2021, at the Hennepin County Courthouse in Minneapolis, Minn. (Court TV via AP, Pool)