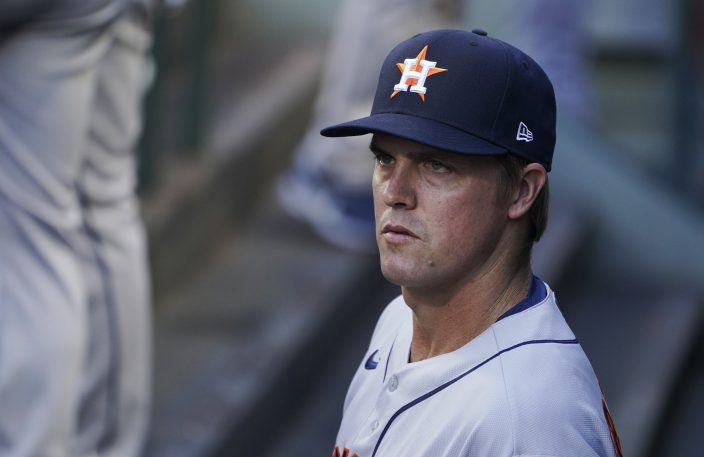 Houston Astros starting pitcher Zack Greinke looks out from the dugout before the team's baseball game against the Seattle Mariners, Saturday, April 17, 2021, in Seattle. Greinke threw eight innings of shutout ball, giving up four hits, before Ryan Pressly closed out the game in the ninth. The Astros won 1-0. (AP PhotoTed S. Warren)

Clayton Kershaw (3-1, 2.19) starts for the Los Angeles Dodgers in the second game of the big series at Dodger Stadium against the San Diego Padres. Yu Darvish (1-1, 2.55) takes the mound for the Padres, who lost two of three last weekend in San Diego during the first series of the season between the NL West rivals. 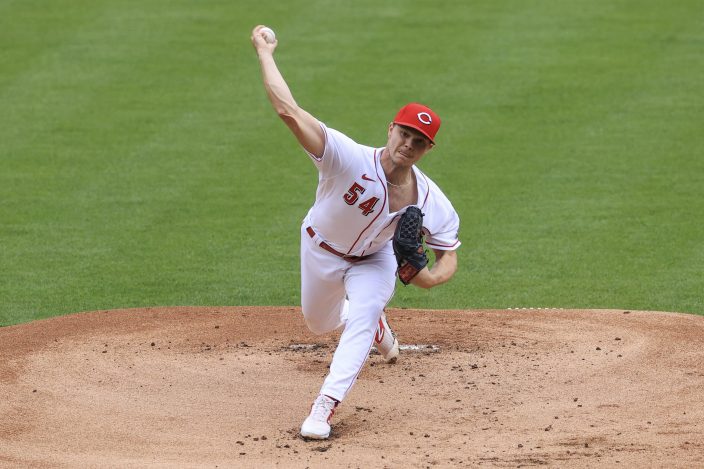 Blue Jays outfielder George Springer will play in an intrasquad game, the next step on his return from two strained muscles that have delayed his Toronto debut. Springer signed a team-record $150 million, six-year deal with the Blue Jays this offseason but missed time in spring training, first because of a strained oblique and later because of a right quadriceps strain.

The World Series MVP when Houston won its first title in 2017, Springer could return in this weekend’s road series against the Tampa Bay Rays, according to general manager Ross Atkins. 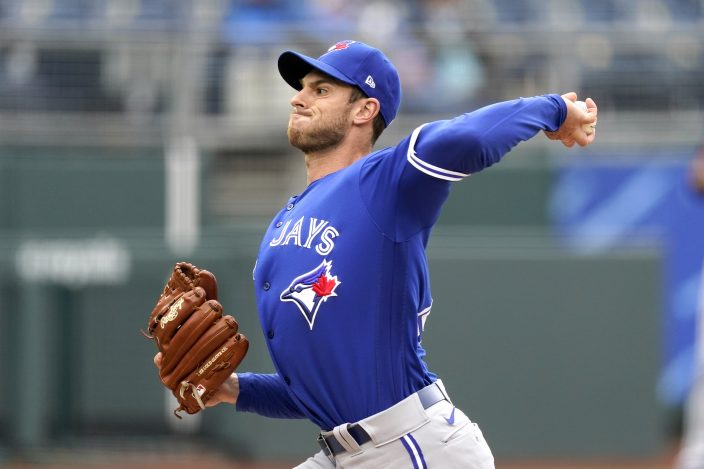 Zack Greinke (2-1, 2,81) starts for the Houston Astros after allowing four hits over eight shutout innings to win at Seattle, a game in which he reached 2,700 strikeouts. Andrew Heaney (1-1, 5.65) starts for the visiting Los Angeles Angels.

Jorge López (1-2, 8.56) starts for the Baltimore Orioles against Oakland coming off three starts in which he allowed five home runs in 13 2/3 innings. Cole Irvin (1-2, 4.60) starts for the visiting Athletics.

MEET ME IN ST. LOUIS

Left-hander Steven Matz (3-0, 1.47), coming off wins over Texas, the Los Angeles Angels and Kansas City in the start of his first season with Toronto, starts at the Tampa Bay rival Rays, who go with Tyler Glasnow (2-0, 0.73).

A federal judge on Wednesday allow ...

LEADING OFF: Bumgarner back on mound; Bieber-Keuchel matchup

LEADING OFF: Dodgers-Brewers in postseason rematch