Just a few months ago, California was the epicenter of the coronavirus pandemic in the U.S. Hospitals in Los Angeles were drowning in patients, and ambulances were idling outside with people struggling to breathe, waiting for beds to open.

The death count was staggering — so many that morgues filled and refrigerated trucks were brought in to handle the overflow.

Now as cases spike in other parts of the country, California has gone from worst to first with the lowest infection rate in the U.S. even as it has moved quickly to reopen more businesses with greater customer counts and allow larger gatherings. 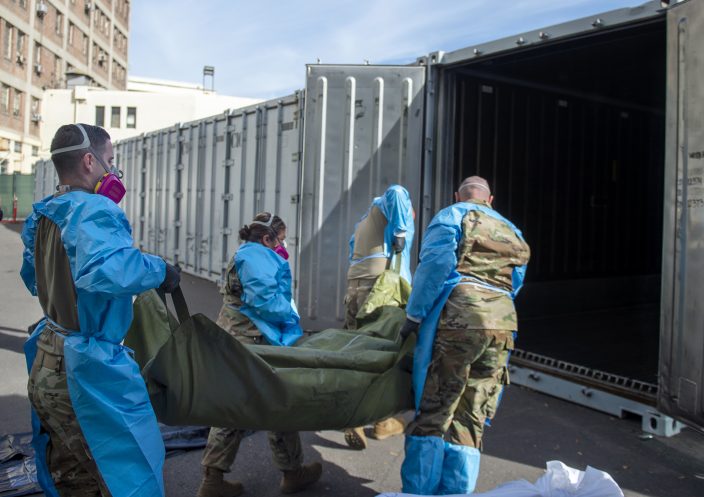 A scramble to get COVID-19 vaccinations has given way to an open invite in many places. Where people lined up hours and counties struggled to get doses, there now appears to be a glut of the shots in many locations.

“It has been a success story for California to have gone from our, if you will, viral tsunami that happened after the back-to-back holiday season to where we are now,” said Dr. Robert Kim-Farley of the University of California, Los Angeles' public health school.

At the peak of California's winter surge that followed the Thanksgiving, Christmas and New Year's holidays, the state was recording 40,000 new cases daily and well above 500 deaths per day. Those numbers have dwindled to 2,300 new cases and 68 deaths daily. 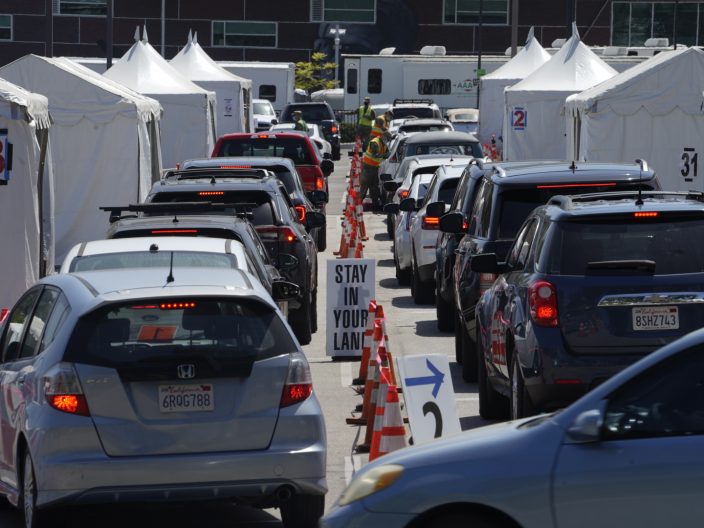 FILE - In this April 8, 2021, file photo motorists sit inside their vehicles as they wait their turn to be inoculated with a COVID-19 vaccine at the California State University, Los Angeles campus. California has gone from worst to first in the rate of coronavirus infections. Data from Johns Hopkins University shows the state surpassed Hawaii on Thursday, April 22, with the lowest average number of COVID-19 cases per capita. That comes just a few months after California was the epicenter of the pandemic in the U.S. (AP PhotoDamian Dovarganes, File)

The state surpassed Hawaii on Thursday with the lowest average number of cases per capita in the past two weeks, according to data compiled by Johns Hopkins University. One in every 2,416 people in California tested positive in the past week. At the other end of the spectrum, one in every 223 people in Michigan was diagnosed with the virus.

Kim-Farley said it's been like turning around a massive tanker ship to reach today's level of improvement. He credited government and public health agencies with providing clear guidelines that businesses, schools and individuals largely followed, including mask mandates and social distancing.

Gov. Gavin Newsom has been allowing businesses and schools to reopen by county based on case levels. At different points in the pandemic, he has faced heavy criticism for being too restrictive, and now some worry he is moving too quickly.

All counties have improved enough to move out of the strictest of four tiers, and 38 of the 58 counties — accounting for 87% of the state's population — now are in the second least-restrictive tier. Newsom said he plans to lift most remaining coronavirus restrictions by June 15.

The pandemic has surged unevenly across the U.S.

Cases were low in California a year ago, compared with New York, where hospitals were overwhelmed last spring. When California was in the throes of a second winter spike in mid-January, Michigan cases were tapering to a low point in February before surging to the highest current infection rate in the U.S.

Kim-Farley said California's surge had put fear into more people to wear masks, a rule still in place that he said he has helped prevent a resurgence. “Some states in the United States that lifted mask mandates are suffering the consequences of that with increasing numbers of cases while we are continuing to to see decreases,” he said.

California struggled with its vaccine rollout like other states, limiting doses to health workers and elderly who were more at risk of being hospitalized or dying. Doses have increased as cases have tapered, and the high number of infections over the winter also led to a certain level of natural immunity.

Only weeks ago, counties struggled to get doses. The state limited eligibility for the precious vaccine, and stories abounded of cheaters jumping the line to get a shot.

The Vaccine Spotter website that helps book appointments showed a map Thursday with state awash in green dots, indicating available appointments. Many were available the same day, and some sites were allowing people to show up without appointments.

Los Angeles County opened up sites in Palmdale and Lancaster to walk-ups. The largest mass vaccination clinic in Napa County saw demand drop from a flood to a trickle just days after California last week expanded vaccine eligibility to everyone 16 and older. It's also allowing walk-ins.

“We definitely have the capacity, the will and the volunteers and the commitment from everyone doing this work in Napa County,” county spokeswoman Janet Upton said. “But now what we’re lacking is, seemingly, public interest.”

California has about 40 million residents, and a little more than half the 32 million eligible for vaccines have gotten at least one shot.

A combination of vaccine hesitancy based on reports of rare complications along with misinformation and conspiracy theories and a sense among some that the danger has waned has led to complacency for some.

Los Angeles County Public Health Director Barbara Ferrer tried to persuade more people to set aside worries about the vaccine, noting that the chance of a serious side effect is the same as dying in a 200-mile road trip that most people would not hesitate to take.

With the rollout of the vaccine, mortuaries that had run out of space have returned to normal.

“It’s the difference between night and day,” said Todd Beckley, the general manager of Inglewood Cemetery Mortuary. “There was a time where we had nine deaths a day, and they were all COVID. We haven’t had a COVID death in four days.”

Ready to welcome tourists back, Po ...

FEMA vaccination sites to close as California ramps up shots

California to give 40% of vaccine doses to vulnerable areas

California urges stop to 300K vaccines after some fall ill