Brendan Smith and Artemi Panarin scored New York, and Igor Shesterkin made 33 saves. The Rangers fell for the second straight game after four consecutive victories against the New Jersey Devils. 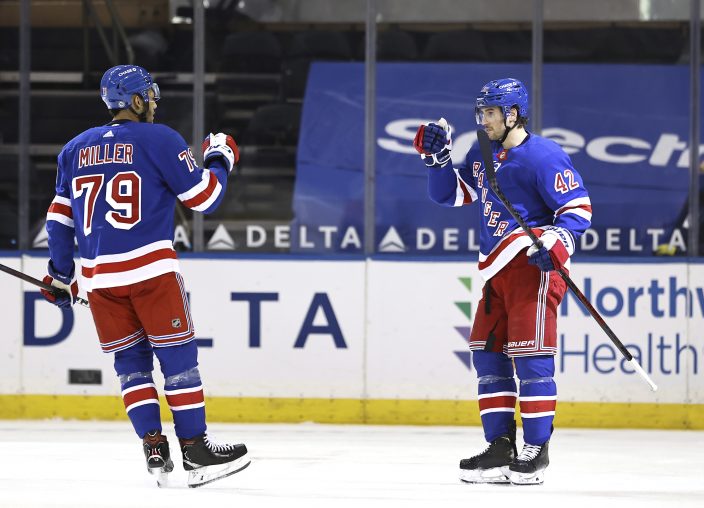 The teams will finish the eight-game season series Friday night in New York.

Former Rangers forward Kevin Hayes won an offensive-zone faceoff prior to van Riemsdyk deflecting Provorov’s shot from the point at 10:29 of the third period to give the Flyers a 2-1 lead. It was the second time in six chances Philadelphia converted on the man advantage.

Voracek extended the Flyers' lead to two goals with a wrist shot that sailed past the glove of Shesterkin at 14:07. Sean Couturier and Shayne Gostisbehere assisted. 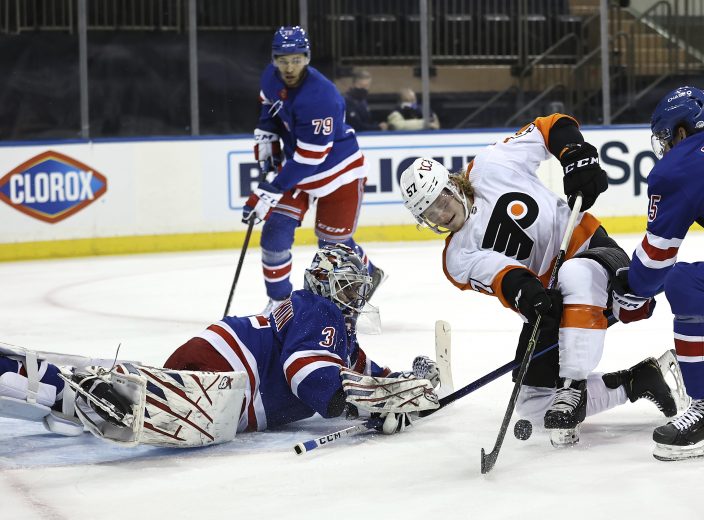 Philadelphia evened it at 1 late in the second period with an odd deflection off the face of van Riemsdyk. Travis Konecny’s shot deflected off Rangers defenseman K’Andre Miller’s stick before hitting van Riemsdyk and trickling into the back of the net. The power forward immediately went to the locker room following the play but would return early in the third period.

Smith opened the scoring with a slap shot from the top of the right circle shortly after New York’s power play expired at 9:55 of the first period. Miller and Filip Chytil assisted on the play.

Zac Jones picked up 9:45 of ice time in his NHL debut Thursday. Jones recently turned pro after leading the University of Massachusetts to the college championship this season. New York selected Jones in the third round of the 2019 NHL draft. 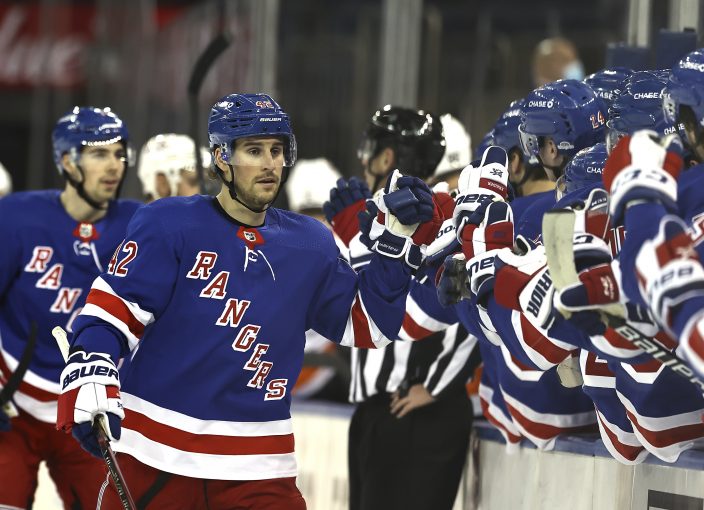 New York Rangers' Brendan Smith (42) celebrates his goal with teammates on the bench in the first period against the Philadelphia Flyers during an NHL hockey game Thursday, April 22, 2021, in New York. (ElsaPool Photo via AP)

Elliott’s best save of the game came midway through the second period to keep the Flyers deficit at one. Ryan Strome slid the puck from the slot over to Panarin before Elliott made a lunging glove save.

Joel Farabee had an opportunity to give the Flyers a one-goal advantage late in the second period was awarded a penalty shot after being taken down on a breakaway. Farabee tried a series of dekes that resulted in a backhand chance that Shesterkin calmly turned away.

Panarin trimmed the Flyers’ lead to 3-2 at 18:00 of the third period with a slap shot from the left point. 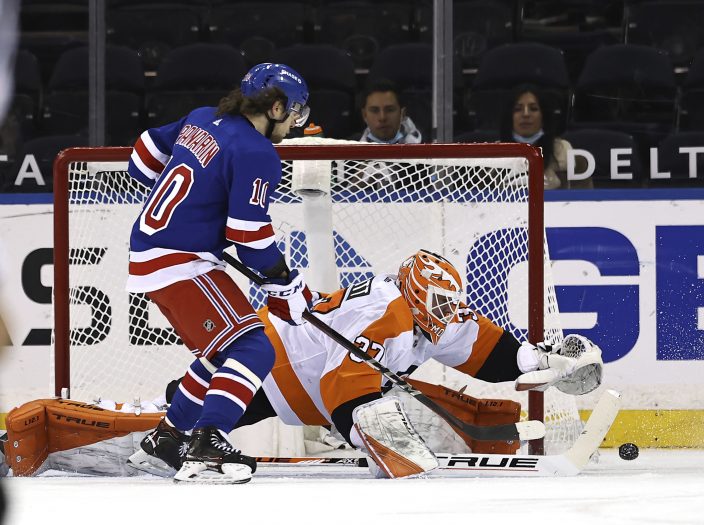 The Blueshirts are the only NHL team that has four players who have 40 or more points this season (Panarin, Ryan Strome, Adam Fox, Pavel Buchnevich). In addition, the Rangers are one of only two NHL teams that have four players who have 16 or more goals in 2020-21 (along with Florida; Chris Kreider, Buchnevich, Mika Zibanejad, Panarin).

The Rangers are currently in the midst of a 17-game stretch where they solely play in the New York Metropolitan area. The stretch began April 6 and is scheduled to end May 6th when the the Rangers travel to Boston.