From Tigrayan refugees sheltering in eastern Sudan, to demonstrators calling for the legalization of marijuana in Mexico City and clashes in Lebanon, this photo gallery highlights some of the most compelling images made or published in the past week by The Associated Press from around the world. 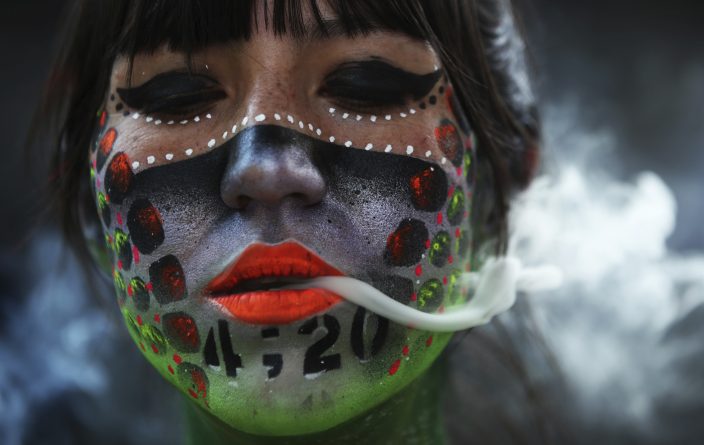 Ana Mendez Casteñeda smokes marijuana during "Fumaton 420" outside the national Senate in Mexico City, Tuesday, April 20, 2021. The demonstrators are calling for the legalization of marijuana. (AP PhotoMarco Ugarte) 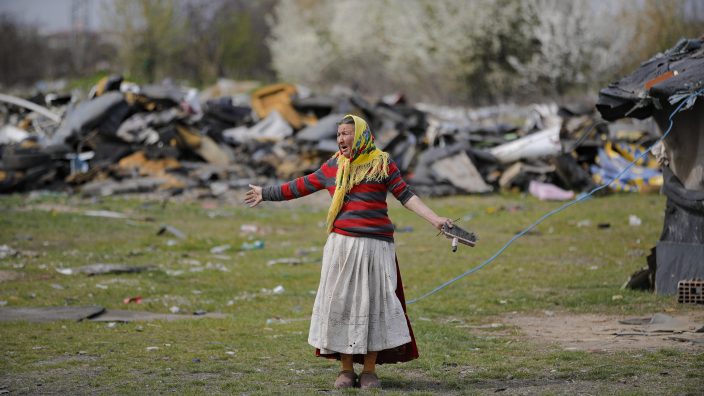 A woman gestures during a raid by the National Environmental Guard in Vidra, Romania, Tuesday, April 13, 2021. Many people in the Roma community in Sintesti scrape a dangerous living by illegally setting fire to whatever they can find that contains metal, from computers to tires and electrical cables.(AP PhotoVadim Ghirda) 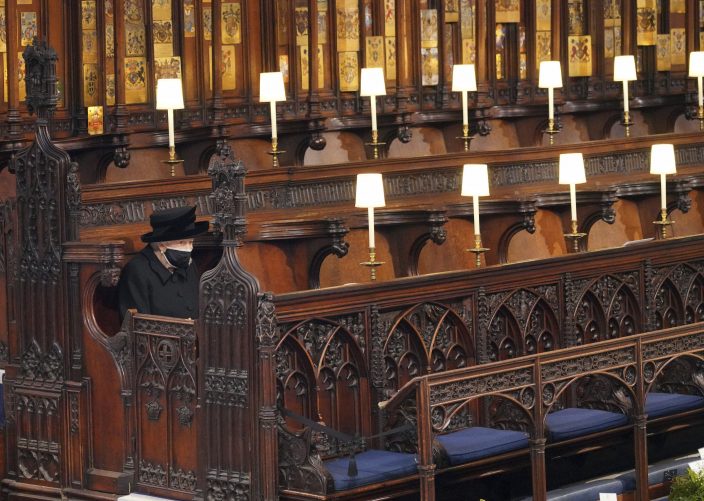 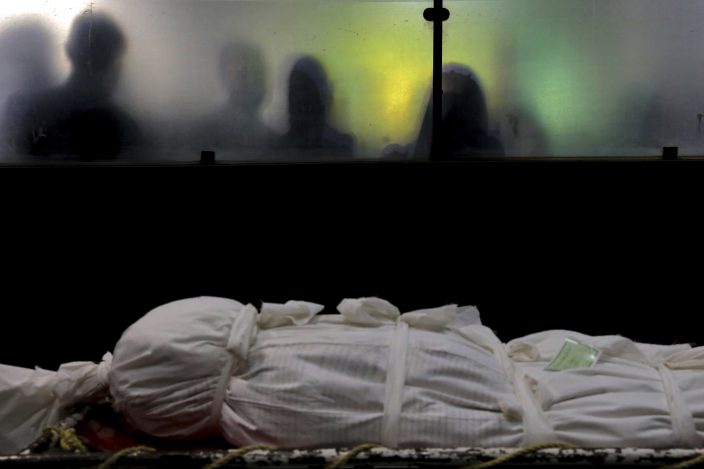 The body of a man who died from COVID-19 is prepared for a burial, at the Behesht-e-Zahra cemetery just outside Tehran, Iran, Wednesday, April 21, 2021. After facing criticism for downplaying the virus last year, authorities have put partial lockdowns and other measures in place to try and slow the coronavirus' spread, as Iran faces what looks like its worst wave of the coronavirus pandemic yet. (AP PhotoEbrahim Noroozi) 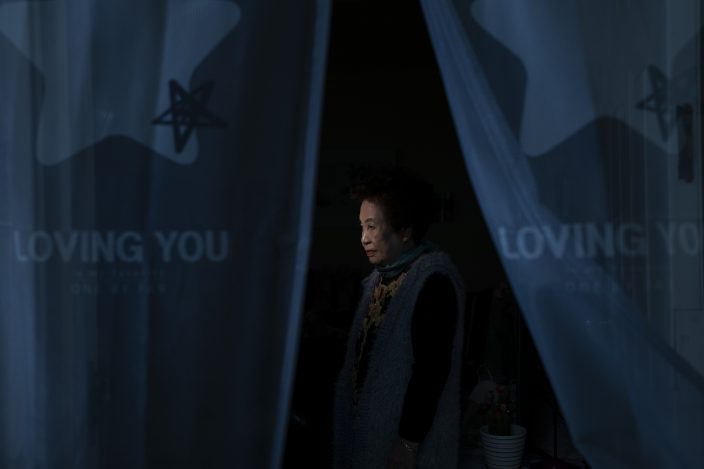 Hea Kyung Kim, an 81-year-old South Korean immigrant, pauses for photos in her apartment in the Koreatown neighborhood of Los Angeles, Wednesday, March 24, 2021. "My children tell me to be careful these days," said Kim. "I have never been a hate crime victim, but it scares me watching the news about it. There is no guarantee it won't happen to me ever." (AP PhotoJae C. Hong) 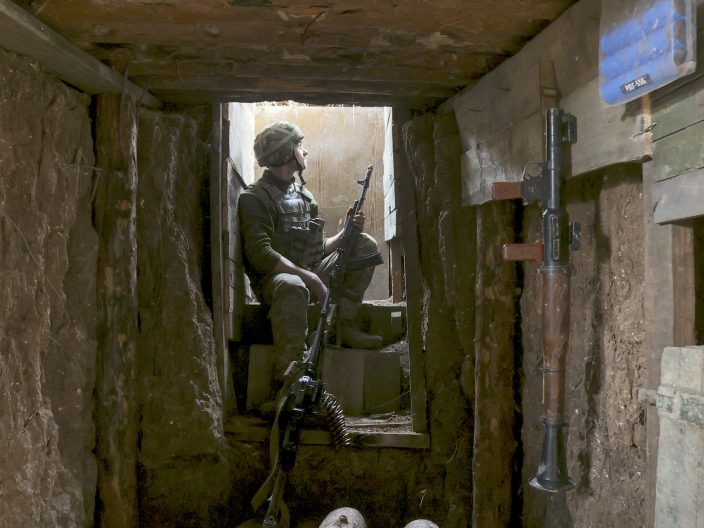 A Ukrainian soldier is seen at fighting positions on the line of separation from pro-Russian rebels near Donetsk, Ukraine, Monday, April 19, 2021. Growing cease-fire violations and a massive Russian military buildup are causing tensions to rise in the conflict in eastern Ukraine, where more than 14,000 people have died in seven years of fighting between forces from Kyiv and separatists loyal to Moscow. (AP PhotoRoma Mostetskiy) 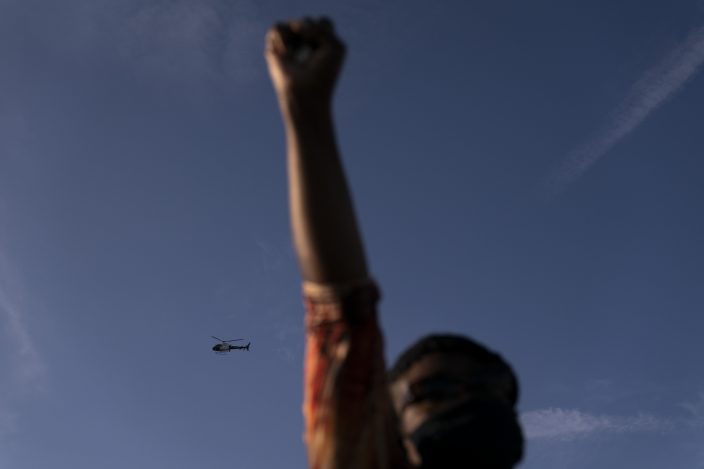 A Los Angeles Police helicopter hovers as Joyce Robertson, foreground, clenches her fist at the intersection of Florence and Normandie Avenues, Tuesday, April 20, 2021, in Los Angeles, after a guilty verdict was announced at the trial of former Minneapolis police Officer Derek Chauvin for the 2020 death of George Floyd. (AP PhotoJae C. Hong) 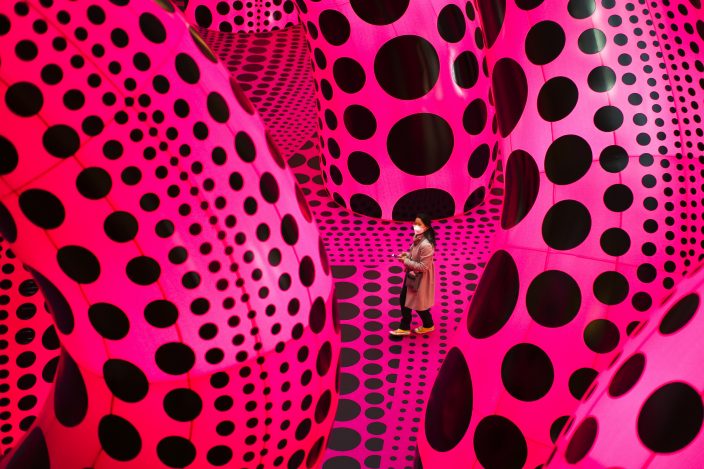 A woman walks through the art work "A Bouquet of Love I Saw in the Universe'" by Yayoi Kusama during the press preview of a retrospective exhibition of the Japanese artist at the Martin Gropius Bau museum in Berlin, Germany, Thursday, April 22, 2021. The exhibition will run from April 23 to Aug. 15. (AP PhotoMarkus Schreiber) 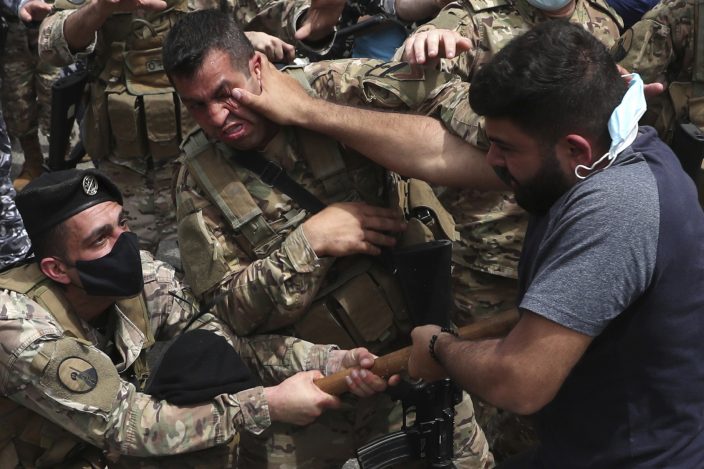 Opponents of Judge Ghada Aoun scuffle with army soldiers during a sit-in outside the Justice Palace in Beirut, Lebanon, Monday, April 19, 2021. Lebanese troops separated supporters and opponents of Aoun during a sit-in as the country's top judicial body held a meeting to discuss a dispute between Aoun and the state prosecutor. (AP PhotoBilal Hussein) 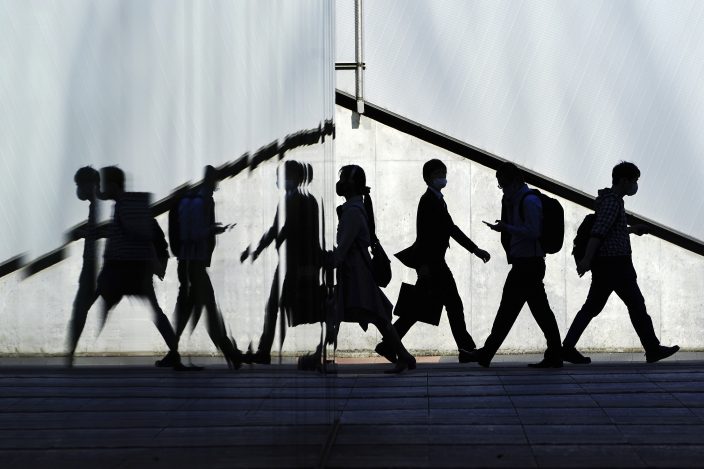 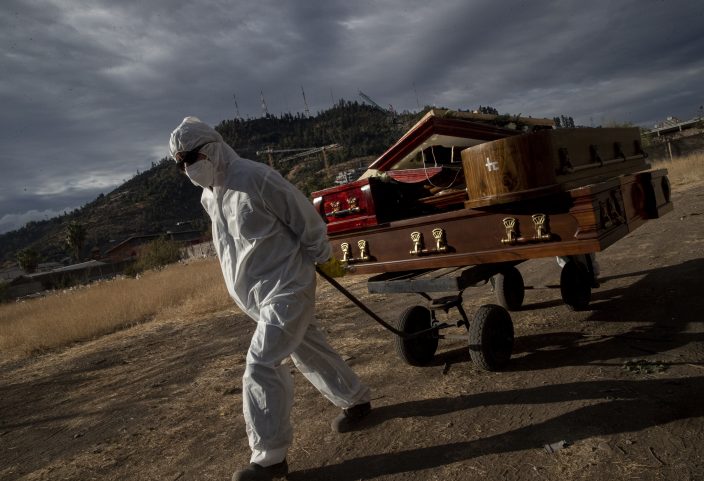 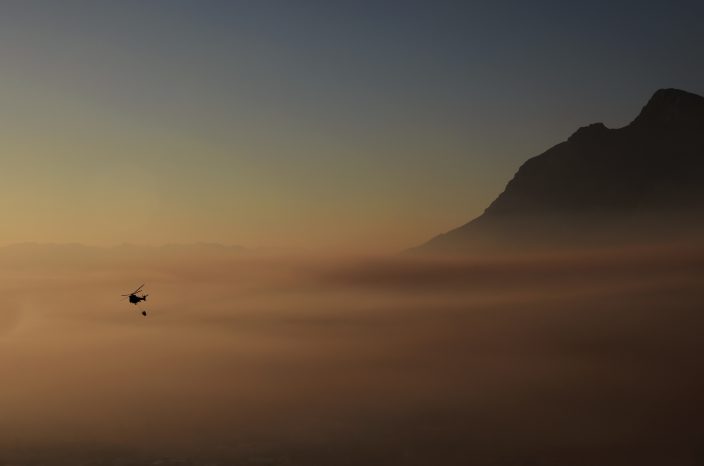 A helicopter hovers above the smoke which engulfs the city of Cape Town, South Africa, Tuesday April 20, 2021. A massive fire spreading on the slopes of the city's famed Table Mountain, at right, is kept under control as firemen and helicopters take advantage of the low winds to contain the blaze. (AP PhotoNardus Engelbrecht)