BERLIN — Chancellor Angela Merkel has urged Germans to accept nationwide pandemic restrictions that came into force at midnight, resulting in a 10 p.m.-5 a.m. curfews, further limits on personal contacts and access to non-essential stores in regions with high infection rates.

In her weekly video address Saturday, Merkel acknowledged that the new rules are “tough” but insisted they are needed to curb the spread of the virus in the country.

Germany’s disease control agency on Friday reported 23,392 newly confirmed cases and more 286 deaths from COVID-19. Since the start of the pandemic, Germany has recorded almost 3.3 million cases and 81,444 deaths. 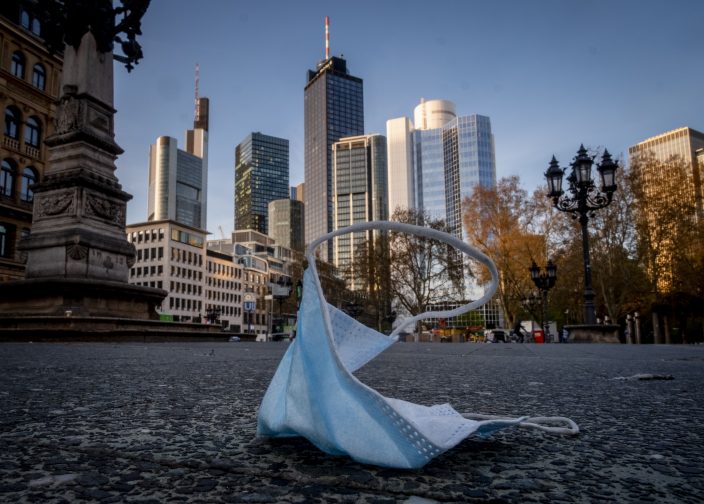 A face mask is left back on the opera square in Frankfurt, Germany, Saturday, April 24, 2021. From the weekend on a curfew becomes effective to avoid the outspread of the coronavirus. (AP PhotoMichael Probst)

Merkel said the new measures, which automatically come into force in regions with more than 100 newly reported cases a week per 100,000 inhabitants, are “urgently needed.”

Citing other countries such as Britain, Portugal and Ireland that saw infection rates sharply reduced during strict lockdowns, she defended Germany’s new restrictions against critics who have called them excessive.

“No country that managed to break the third wave of the pandemic and then loosen restrictions again did so without tough measures such as nighttime curfews,” Merkel said. 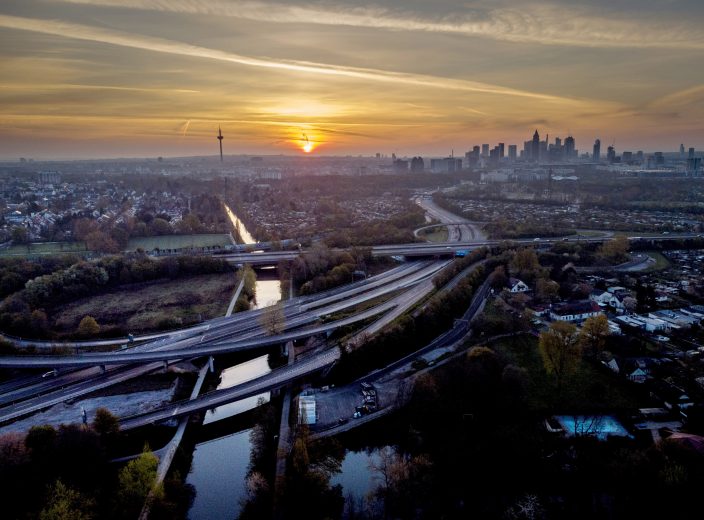 Almost empty highways lead to Frankfurt, Germany, as the sun rises on Saturday, April 24, 2021. From the weekend on a curfew becomes effective to avoid the outspread of the coronavirus. (AP PhotoMichael Probst)

Dozens of German celebrities this week posted videos mocking the restrictions and those who advocate them. Some of the participants have since deleted their videos and apologized for echoing far-right narratives about the pandemic while appearing to downplay the suffering of those who lost loved ones to COVID-19.

Germany's lawmakers this week approved legislation that applies an “emergency brake” consistently in areas with high infection rates, doing away with the patchwork of measures that often characterized the pandemic response across the country's 16 states.