British Prime Minister Boris Johnson faced questions Saturday over the costly refurbishment of his apartment on London's Downing Street following a series of incendiary allegations made by his former top adviser.

In a wide-ranging blog post late Friday, Dominic Cummings accused his former boss of attempting an “unethical, foolish, possibly illegal” plan to get Conservative Party donors to fund a lavish refurbishment of the apartment, which he lives in with fiancée Carrie Symonds and their baby son, Wilfred.

The charge is the latest in a string of allegations that Johnson and other Conservatives, including former Prime Minister David Cameron, blurred or broke rules relating to contacts with donors and business. Opposition parties have picked up on the allegations ahead of local elections next month. The government said Friday that Johnson himself met the cost of the flat refurbishment, thought to be around 200,000 pounds ($280,000). But the opposition Labour Party said the prime minister needed to explain how he obtained the money to pay for the work overseen by Symonds.

Steve Reed, Labour's communities spokesperson, said the government should publish any correspondence involving payments or donations for the renovation.

“If people are making significant donations to the Conservative Party, to the government, we need to know who they are so that we can make sure the government isn’t doing favors for them in return," Reed told BBC radio. “That is what sleaze is all about. That is the behavior of a tin-pot dictatorship. Britain, frankly, deserves a lot better than that.” 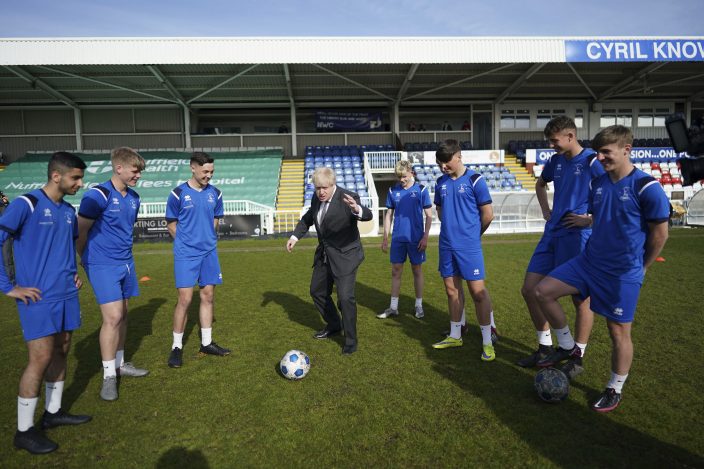 Britain's Prime Minister Boris Johnson speaks with players from the youth team during a visit to the Hartlepool United Football Club, in Hartlepool, England ahead of the May 6 by-election, Friday April 23, 2021. (Ian ForsythPool via AP)

The Electoral Commission, which oversees elections and regulates political finance in the U.K., has said it is still seeking answers from the Conservative Party over whether any sums should have been declared under the law on political donations.

Cummings made a series of other allegations against Johnson in the blog post, including that the prime minister sought to halt an investigation into the leak of plans for a second coronavirus lockdown after he was warned a close friend of Symonds could be implicated.

“It is sad to see the PM and his office fall so far below the standards of competence and integrity the country deserves,” Cummings said. 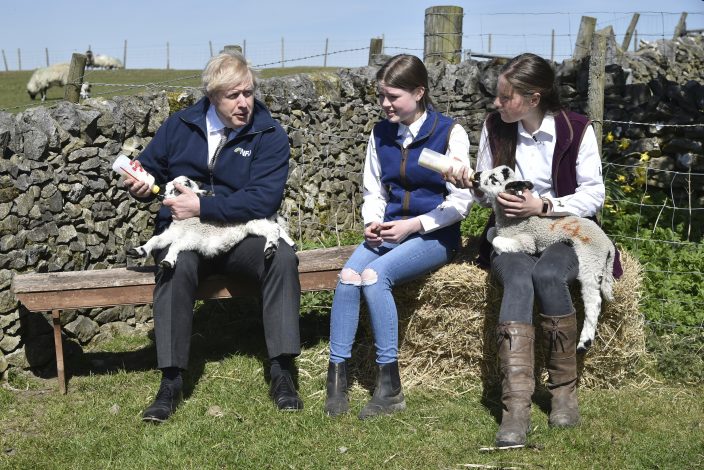 Asked Friday by Britain's LBC radio if he had tried to block the leak inquiry, the prime minister replied, “No, of course not.”

In a statement, Johnson’s Downing Street office said the prime minister had “never interfered” in the inquiry and that the government had “acted in accordance with the appropriate codes of conduct and electoral law” on issues involving the funding of the flat refurbishment.

Cummings, who along with Johnson played a key role in the successful 2016 campaign for Britain to leave the European Union, resigned his job at Downing Street in November. He had become an increasingly controversial figure within the corridors of power, especially after he drove 250 miles (400 kilometers) to his parents’ house in Durham, northeast England, at the end of March 2020 while the country was under a “stay-at-home” lockdown order. The relationship between Cummings and Johnson has clearly soured; Cummings' blog post followed reports that Johnson believes his former adviser was behind a series of leaks, including of text-message exchanges between the prime minister and businessman James Dyson.

Cummings said he will answer questions about any of the issues he has raised when he appears before lawmakers on May 26.

The U.K. government is facing growing sleaze allegations largely linked to Cameron, who was prime minister between 2010 and 2016. A series of inquiries have been launched over Cameron's lobbying role for Greensill Capital, a financial firm which collapsed last month. 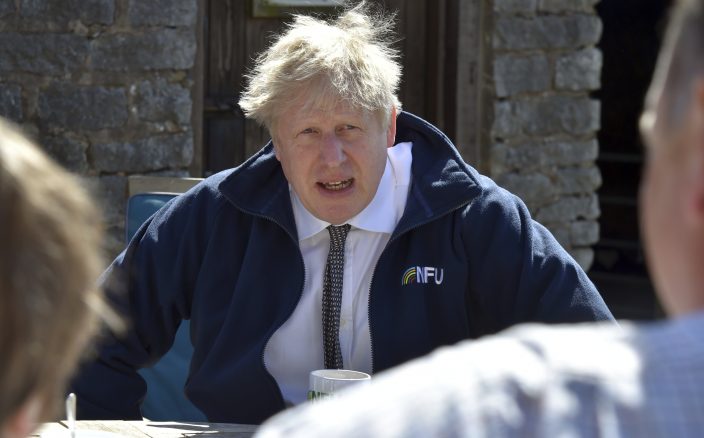