Ryan O’Reilly had a hat trick to lead the St. Louis Blues to a 5-3 win over the Colorado Avalanche on Saturday.

Mike Hoffman and Ivan Barbashev also scored for St. Louis and Jordan Binnington made 28 saves as the Blues snapped a three-game skid. St. Louis had lost five straight against the Avalanche since winning at Colorado on Jan. 13 in the season opener for both teams.

Nathan MacKinnon scored a pair of goals and Cale Makar also scored for Colorado. Devan Dubnyk made 25 saves as the Avalanche lost for just the second time in regulation since March 8, snapping a five-game winning streak. 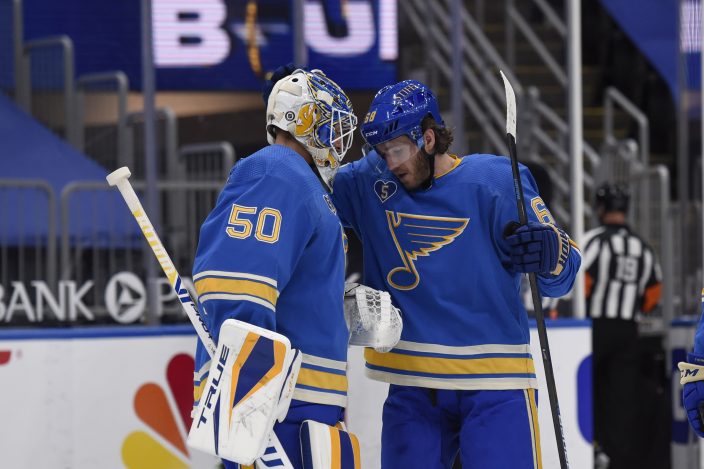 O’Reilly found the empty net for his third goal of the game and 20th of the season with 1:35 remaining. It was O'Reilly's second hat trick of the season and third of his career, all with St. Louis.

Hoffman put the Blues ahead when he scored his 14th goal of the season on a two-man advantage with 8:41 remaining in the third period.

Colorado had an early two-man advantage after Brayden Schenn took a high-sticking penalty 31 seconds into the game and Robert Bortuzzo was sent off 23 seconds later for roughing on a hit on Gabriel Landeskog. 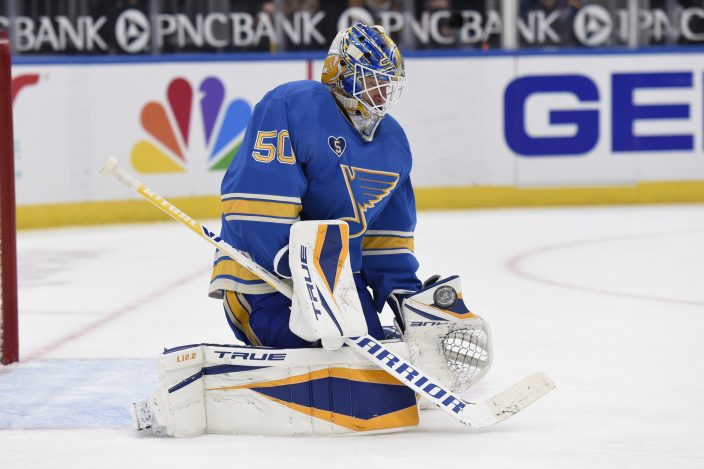 St. Louis Blues' Jordan Binnington (50) blocks a shot from the Colorado Avalanche during the third period of an NHL hockey game on Saturday, April 24, 2021, in St. Louis. (AP PhotoJoe Puetz)

Makar scored during the 5-on-3. MacKinnon followed at 3:01 with his first goal of the game.

O’Reilly scored his 18th and 19th goals of the season in the first period to tie it. O'Reilly's first goal was his 600th career point.

Barbashev put St. Louis on top 3-2 when he scored on his own rebound for his fourth goal of the season with 2:12 remaining in the opening period. 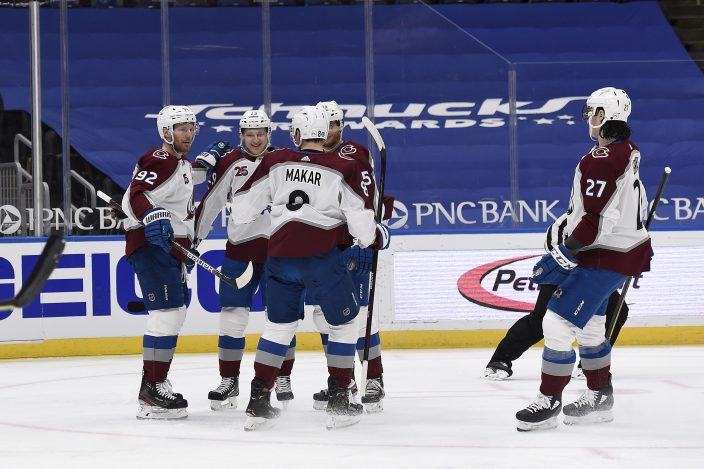 Colorado Avalanche's Gabriel Landeskog (92) is congratulated by teammate after scoring a goal against the St. Louis Blues during the first period of an NHL hockey game on Saturday, April 24, 2021, in St. Louis. (AP PhotoJoe Puetz)

MacKinnon tied the game with his 19th goal of the season on a power play 8:10 into the second period.

Avalanche G Philipp Grubauer was removed from the COVID-19 list Friday. He was scratched from the lineup Saturday. Jonas Johansson dressed as Dubnyk’s backup. 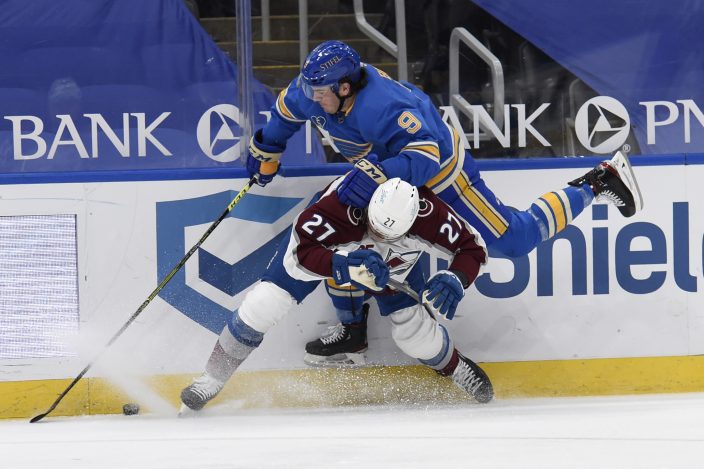 St. Louis dressed seven defensemen and 11 forwards. ... D Colton Parayko left the game with an upper-body injury in the first period and D Vince Dunn did not return after heading to the locker room with an undisclosed injury in the third period. 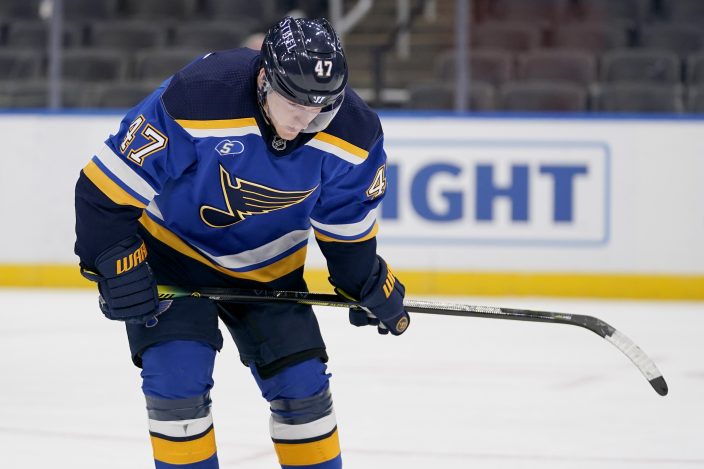 St. Louis hosts Colorado again Monday night in a makeup of a contest originally scheduled for April 20 that was postponed due to COVID-19. It will be the third straight meeting between the teams. 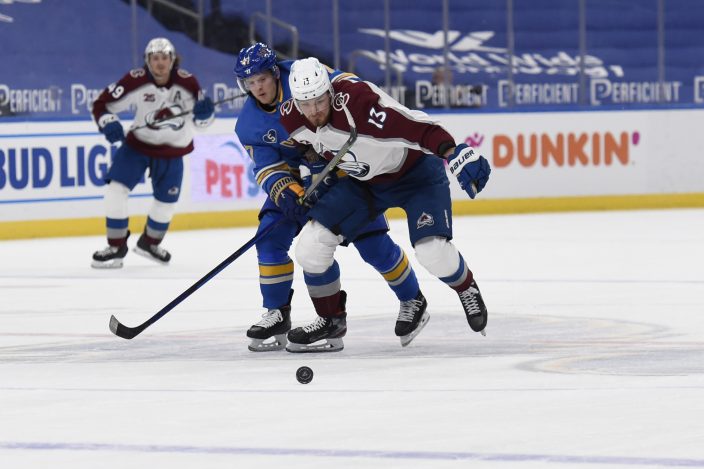