Tampa Bay broke an eighth-inning tie when Toronto third baseman Cavan Biggio let a grounder go between his legs, and the Rays went on to beat the Blue Jays 5-3 on Saturday night.

Jordan Romano (1-1), reinstated from the 10-day injured list before the game, walked Brandon Lowe and Mike Brosseau to start the eighth. Manuel Margot hit a grounder that got past Biggio for an error, allowing Lowe to score and put the Rays ahead 4-3.

Brosseau was thrown out at the plate on shortstop Bo Bichette’s relay from left fielder Lourdes Gurriel Jr. Margot advanced to third on the play and later scored on Kevin Kiermaier’s grounder. 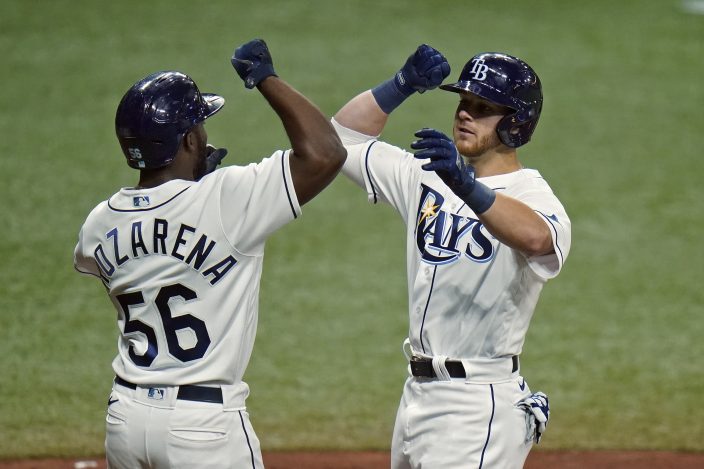 Brosseau and Mike Zunino homered for the Rays, who stopped a four-game losing streak.

Toronto got a three-run homer from Randal Grichuk.

The Blue Jays loaded the bases with two outs in the eighth but failed to score when Ryan Thompson (1-1) struck out Alejandro Kirk. 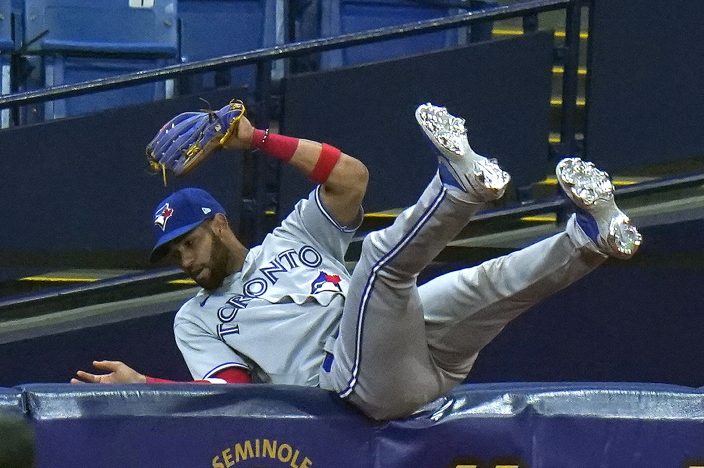 Toronto Blue Jays left fielder Lourdes Gurriel Jr. lands on the railing after making a catch on a fly out by Tampa Bay Rays' Brandon Lowe during the fourth inning of a baseball game Saturday, April 24, 2021, in St. Petersburg, Fla. (AP PhotoChris O'Meara)

Andrew Kittredge worked the ninth for his first save.

Zunino had a solo drive during the second and Brosseau tied it at 3 on a two-run homer off Robbie Ray in the sixth. 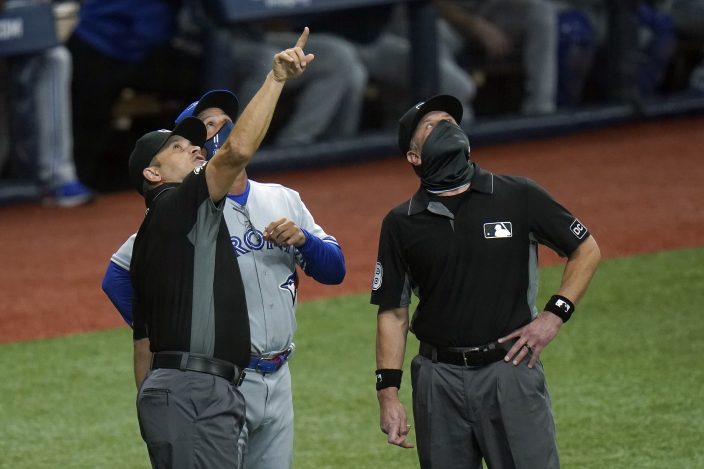 Grichuk put the Blue Jays ahead 3-0 on his first-inning shot with two outs off opener Brent Honeywell Jr. It came one pitch after first baseman Yandy Díaz couldn’t make the play on Grichuk’s foul ball near the netted wall down the first-base line.

Ryan Yarbrough replaced Honeywell in the second. He limited the Blue Jays to three hits and struck out six in 5 2/3 scoreless innings. 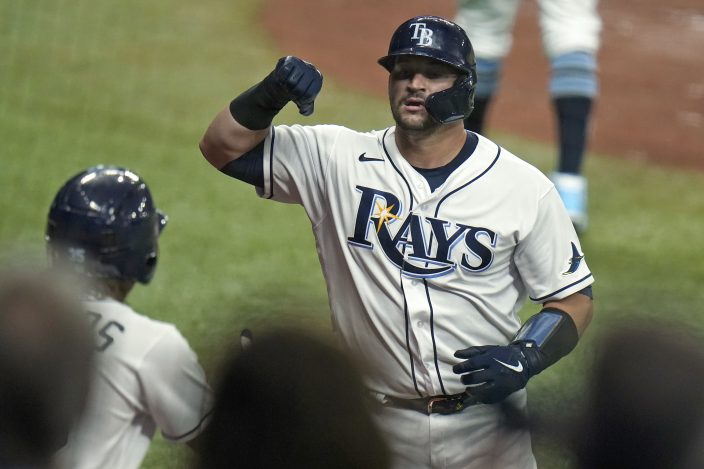 The game was delayed in the second inning when Biggio reached first base on a popup that struck a cable between overhanging catwalks and was dropped by Yarbrough near the mound. After several discussions between the umpires and managers, it was determined the ball hit the cable in foul territory and was a dead ball. Biggio, who entered hitless in 14 at-bats, completed the at-bat with his second single of the game.

Blue Jays: OF George Springer (right quadriceps strain) was scheduled to play in his second game at the alternate site Saturday night and could make his season debut Tuesday. ... OF Teoscar Hernández (COVID-19) continues hitting at the alternate site. ... Romano had been out with an elbow injury. 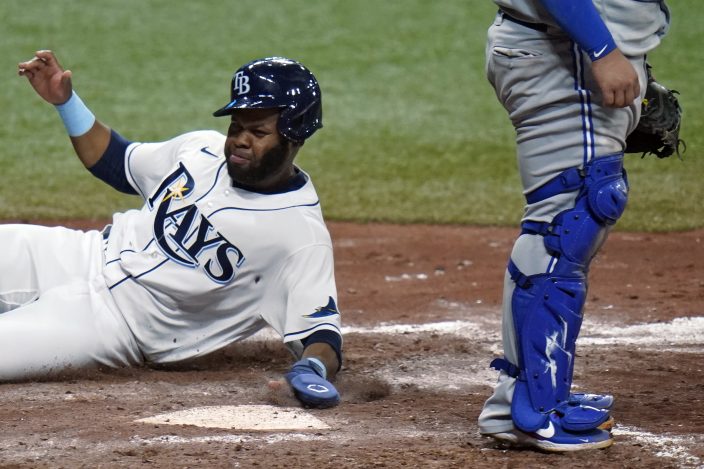 Tampa Bay Rays' Manuel Margot, left, scores on a ground out by Kevin Kiermaier during the eighth inning of a baseball game against the Toronto Blue Jays Saturday, April 24, 2021, in St. Petersburg, Fla. (AP PhotoChris O'Meara)

Rays: Closer Diego Castillo returned from the COVID-19 IL after missing one game due to side effects of his second vaccination shot. He had a fever, fatigue and body soreness. ... RHP Chris Mazza (right shoulder inflammation) went on the 10-day IL. 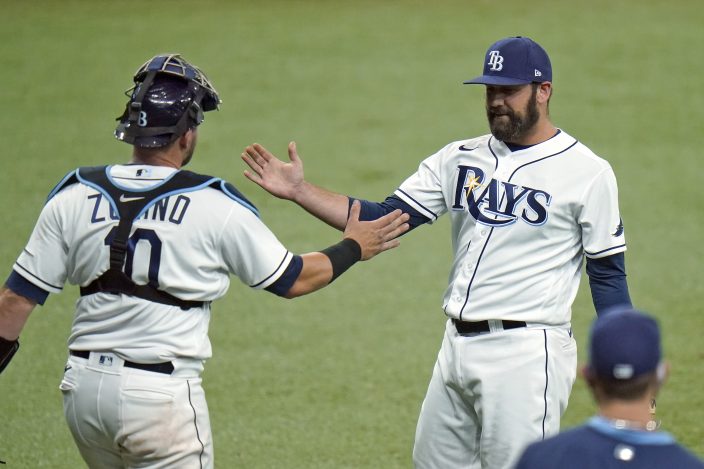