Leipzig kept Bundesliga leader Bayern Munich waiting for its title with a 2-0 win over 10-man Stuttgart on Sunday.

Leipzig cut the gap on Bayern to seven points with three rounds remaining and can technically still win the title if Bayern follows its surprise 2-1 loss at Mainz on Saturday with a late-season collapse. Bayern next hosts Borussia Mönchengladbach on May 8, when it can seal a record-extending ninth straight title. 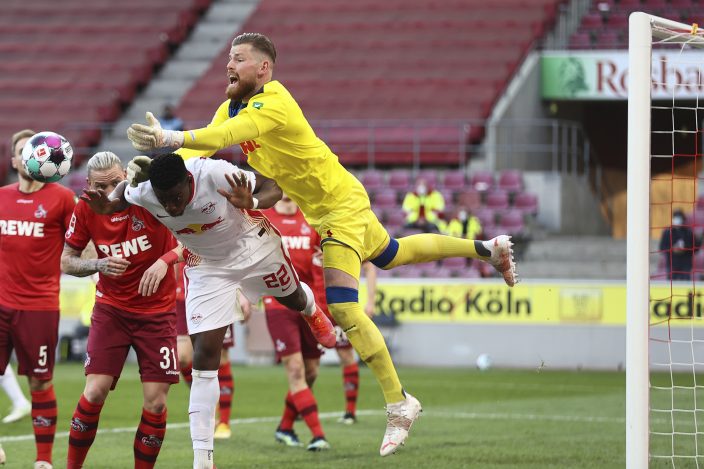 The home side’s task was made easier early on when Stuttgart's Naouirou Ahamada was sent off for a studs-up challenge on Amadou Haidara. Referee Deniz Aytekin initially showed yellow but changed his mind after getting a prompt from the video referee to check replays.

In a lighter moment, Ibrahima Konaté had been playing while wearing substitute Dayot Upamecano’s shorts. The French defender had to change on the sidelines into his No. 6.

Stuttgart goalkeeper Gregor Kobel kept the game scoreless to the break, but Haidara made the breakthrough right after it, when Dani Olmo crossed for the Mali midfielder to score his third goal of the season. 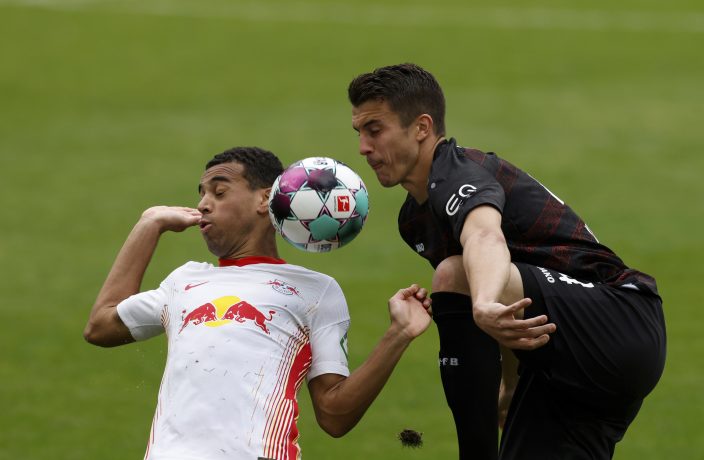 Kobel produced an outstanding double-save to deny Angeliño, and Olmo from the rebound, in the 63rd — four minutes before Emil Forsberg made it 2-0 with a penalty.

Stuttgart has now lost its last four games, leaving the club a point off the 40 total that sporting director Sven Mislintat identified as its target for the season.

Leipzig next has a German Cup semifinal against struggling Werder Bremen on Friday. Borussia Dortmund hosts second-division Holstein Kiel in the other semifinal. 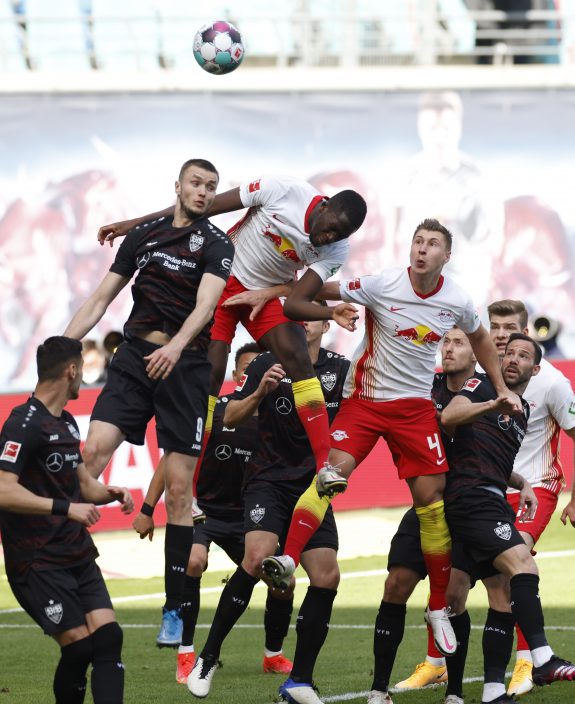