BIDEN-100 DAYS-PROMISES — As he rounds out his first 100 days in office, President Joe Biden’s focus on reigning in the coronavirus during the early months of his administration seems to have paid off: He can check off nearly all his campaign promises centered on the pandemic. But some issues have proven to be tougher. By Alexandra Jaffe, Aamer Madhani and Kevin Vineys. SENT: 1,890 words, photos, video. 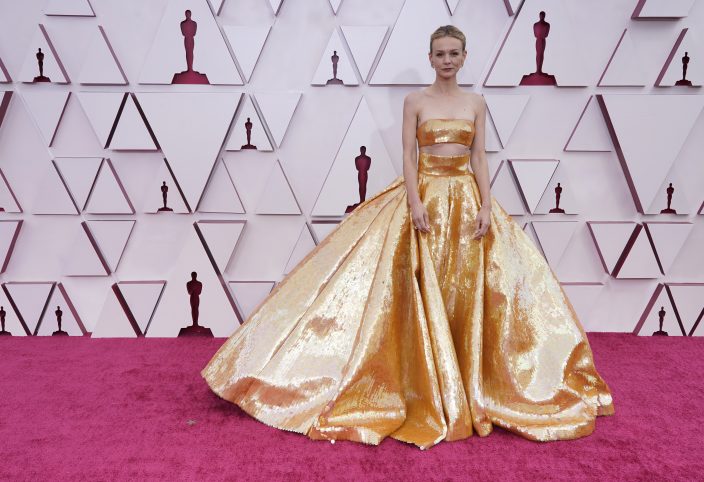 VIRUS-OUTBREAK — Michigan has become the current national hotspot for COVID-19 infections and hospitalizations at a time when more than half the U.S. adult population has been vaccinated and other states have seen the virus diminish substantially. Medical professionals point to more contagious variants, the state’s pullback on restrictions to limit crowds and COVID fatigue as reasons for the surge. By Corey Williams, David Eggert and Lindsey Tanner. SENT: 1,200 words, photos, video.

VIRUS-OUTBREAK-GAZA-SURGE — More than a year into the coronavirus pandemic, some of the worst fears are coming true in the crowded Gaza Strip: A sudden surge in infections and deaths is threatening to overwhelm hospitals weakened by years of conflict and border closures. Gaza’s main treatment center for COVID-19 patients warns that oxygen supplies are dwindling fast. In another hospital, coronavirus patients are packed three to a room. By Fares Akram. SENT: 1,020 words, photos. 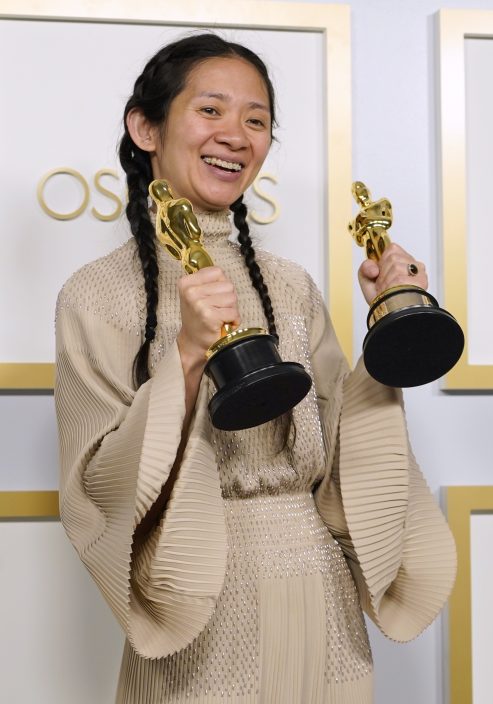 Chloe Zhao, winner of the awards for best picture and director for "Nomadland," poses in the press room at the Oscars on Sunday, April 25, 2021, at Union Station in Los Angeles. (AP PhotoChris Pizzello, Pool)

TORNADO OUTBREAK-10 YEARS LATER — Waves of tornadoes pummeled the Eastern U.S. over four days in the spring of 2011, killing more than 320 people in six states, including about 250 who died in Alabama on April 27 of that year. A decade has passed, but time has been unable to erase the pain or replace the losses inflicted by the terrifying storms. By Jay Reeves. SENT: 970 words, photos, video.

REPUBLICANS-RACIAL POLITICS-ANALYSIS — If the nation is in the midst of a historic reckoning on racism, most leaders of the Republican Party are not participating. And despite fierce criticism from civil rights leaders and growing concern from business leaders who are traditional allies, many Republicans see no problem. By National Political Writer Steve Peoples. SENT: 1,240 words, photos. 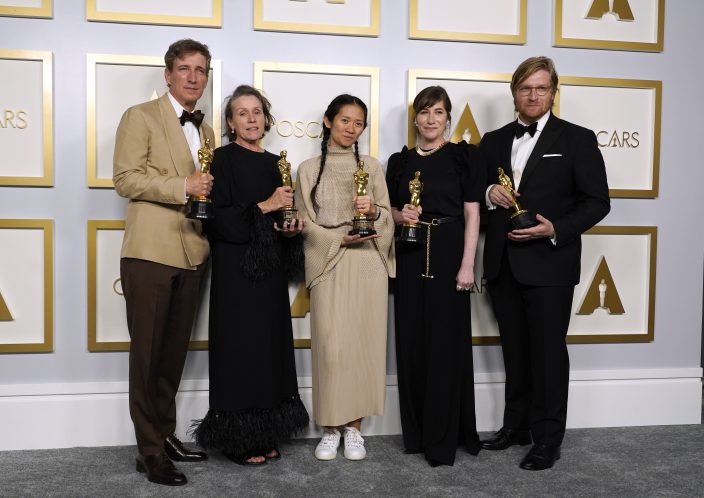 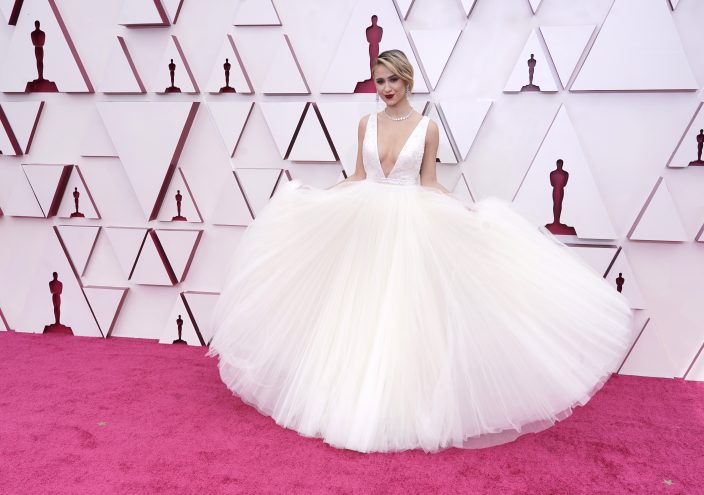 VIRUS-OUTBREAK-ITALY — Italy’s gradual reopening after six months of rotating virus lockdowns is satisfying no one: Too cautious for some, too hasty for others. SENT: 570 words, photos.

VIRUS-OUTBREAK-SEASONAL-WORKERS — Hotels, restaurants and other businesses in tourist destinations are warning that hiring challenges during the coronavirus pandemic could force them to pare back operating hours or curtail services just as they’re eyeing a bounce-back summer. SENT: 1,110 words, photos, video.

HONG-KONG-SINGAPORE-AIR-TRAVEL-BUBBLE — Hong Kong and Singapore say they would launch an air travel bubble in May, months after an initial arrangement that would allow tourists to fly between both cities without having to serve quarantine was postponed. SENT: 400 words, photos.

MORE ON THE OSCARS

OSCARS-REVIEW — The 93rd Academy Awards wasn’t exactly a movie, but it was a show made for people who love learning about movies. By Film Writer Lindsey Bahr. SENT: 1,010 words, photos.

OSCARS-DIRECTOR — Chloé Zhao has made history at the 2021 Academy Awards, becoming the first woman of color to win best director and just the second woman to win the award. By Entertainment Writer Jonathan Landrum Jr. SENT: 530 words, photos, video. With OSCARS-CHINA — Zhao’s Oscars get muted reaction, even censorship in China.

OSCARS-RACIAL-INJUSTICE — In the opening moments of the Oscars, a time that in more normal years is filled with monologue jokes and lighthearted musical moments, Regina King spoke of suffering and racial injustice. By Entertainment Writer Andrew Dalton. SENT: 450 words, photos.

SUPREME COURT-STUDENT SPEECH — Whether public schools can discipline students over something they say off-campus is a question coming before the Supreme Court. SENT: 890 words, photos, video.

BIDEN-FOOD PROGRAM — The Biden administration is expanding a program to feed as many as 34 million school children during the summer months, using funds from the coronavirus relief package approved in March. UPCOMING: 480 words, photos by 6:15 a.m.

HARRIS-UNITED-NATIONS — Vice President Kamala Harris will make the case before United Nations members that now is the time for global leaders to begin putting the serious work into how they will respond to the next global pandemic. SENT: 340 words, photo.