Russian authorities on Monday ordered the offices of imprisoned opposition leader Alexei Navalny to suspend their activities pending a court ruling on whether they should be outlawed as an extremist group.

The injunction from the Moscow prosecutor's office was another step in a sweeping crackdown on Navalny, President Vladimir Putin's fiercest critic, and his organizations. The prosecutor's office petitioned a court earlier this month to label Navalny's Foundation for Fighting Corruption and network of regional offices as extremist groups.

Such a label would outlaw their activities and expose members and supporters to lengthy prison terms, according to human rights advocates. It is a major challenge for Navalny's embattled team, with its leader in prison and dozens of its members under arrest, targeted for raids by law enforcement or facing criminal charges. Russian opposition activist Lyubov Sobol speaks to the Associated Press as she arrives at the court in Moscow, Russia, Monday, April 26, 2021. Sobol was detained on Wednesday morning, ahead of a nationwide protest in support of imprisoned Russian opposition leader Alexei Navalny, and charged with violating protest regulations. (AP PhotoAlexander Zemlianichenko)

The prosecutors also asked a Moscow court to restrict the activities of the foundation by banning it from spreading information in the media, taking part in elections, using banks or organizing public events, according to Ivan Pavlov, a lawyer representing the Foundation. The ruling on the motion is expected later on Monday.

The injunction from the prosecutor’s office was posted on social media by Navalny’s allies, who reject the accusations and insist the actions are politically motivated. 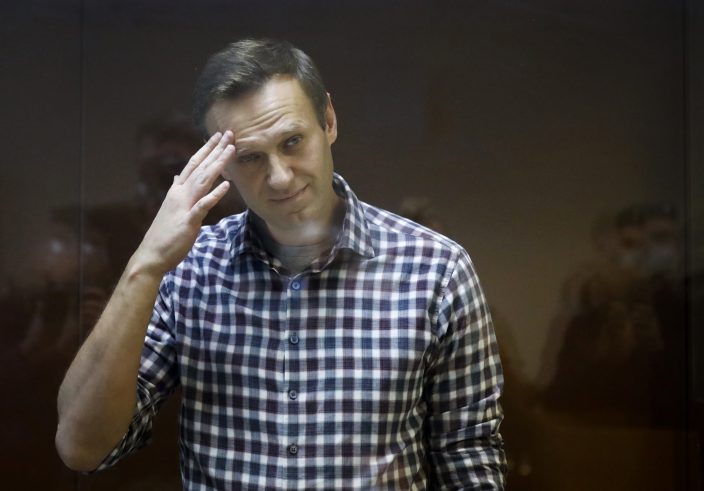 The Smart Voting project is designed to support candidates who are most likely to beat those backed by United Russia, the party backed by the Kremlin, in various local elections. That plan was successful in some of last year’s regional balloting.

Navalny's foundation opened 10 years ago and has since targeted high-ranking Russian officials with exposes on corruption, many in the form of colorful and widely watched YouTube videos. One of the latest postings, which has received 116 million views alleges that a lavish palace on the Black Sea shore was built for Putin through an elaborate corruption scheme. The Kremlin has denied there are any links to Putin. 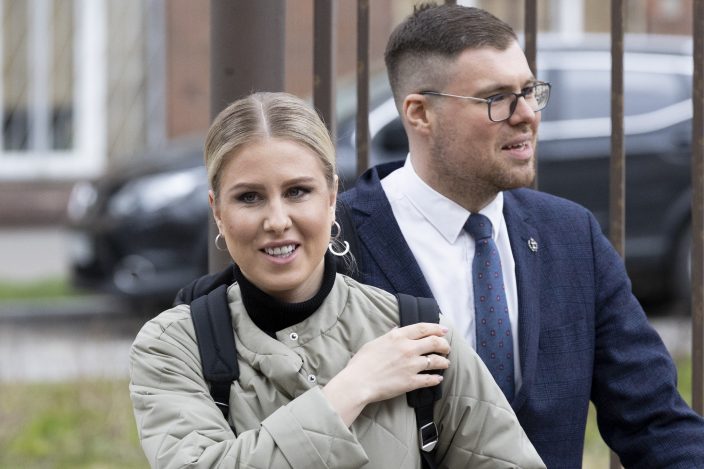 Along with the foundation, Navalny set up a vast network of regional offices in dozens of Russian regions when he was campaigning to run against Putin in the 2018 presidential election. He eventually was barred from running but kept the infrastructure in place.

Soon, these regional “headquarters” began their own investigations of graft by local officials and recruited activists, some of whom would later run for office. The regional offices also were instrumental in organizing nationwide rallies in support of Navalny this year.

Navalny himself was arrested in January upon his return from Germany, where he had spent five months recovering from a nerve agent poisoning that he blames on the Kremlin — accusations that Russian officials reject.

The arrest triggered protests at the time across Russia that proved to be the biggest show of defiance in years. However, they didn't stop authorities from putting Navalny on trial for the violating terms of a suspended sentence stemming from a 2014 embezzlement conviction widely believed to be politically motivated. He was ordered to serve 2½ years in prison and last month was transferred to a penal colony notorious for its harsh conditions.

On Wednesday, another wave of protests in support of Navalny swept across cities in all of the country's 11 time zones. Unlike the past, police in many cities didn't interfere with the demonstrations. But Navalny's aides in many regions were detained both before and after protests. Over the weekend, several other opposition activists were arrested.

In light of Monday's injunction, Navalny's offices posted announcements on social media saying they're suspending their activities. “It's foolish to get involved in a battle that can't be won,” Sergei Boiko, head of Navalny's office in Siberia's Novosibirsk, wrote on Facebook.

Navalny's top strategist and head of the regional network Leonid Volkov told the media that all offices have halted their operation.

Both the foundation and the regional offices have been targeted regularly with raids, fines and detentions of activists before, but the extremism lawsuit takes the pressure to a new level, Sobol told The Associated Press on Friday.

“Labeling us as extremists — contrary to the common sense and to the laws of this country, because obviously we're not involved in any extremism — is quite a serious attack on our organization. We will have to survive in completely different conditions,” Sobol said. “But I am sure our work won't stop.”

The case against Navalny's foundation and regional offices will heard by the Moscow City Court behind closed doors. It remains unclear what evidence the authorities have against the organizations, as they have declared the case files a state secret, according to Navalny's allies.

Lindelof to miss Man United game after break-in at his ...

The death toll from a Saudi-led co ...

Birthday gift for Cornet is a spot in 4th round in Aust ...