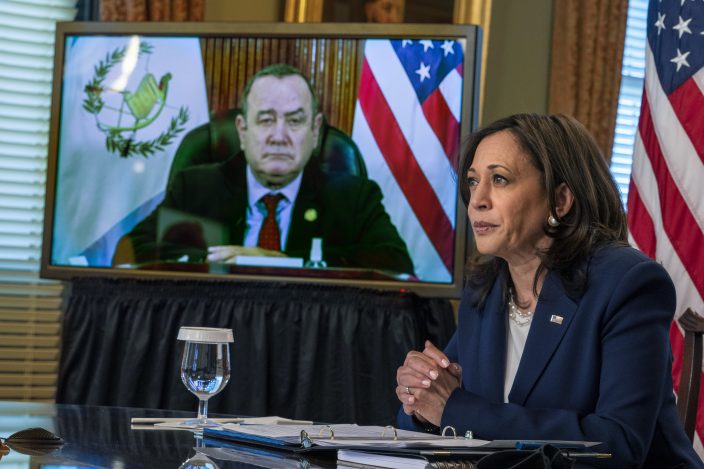 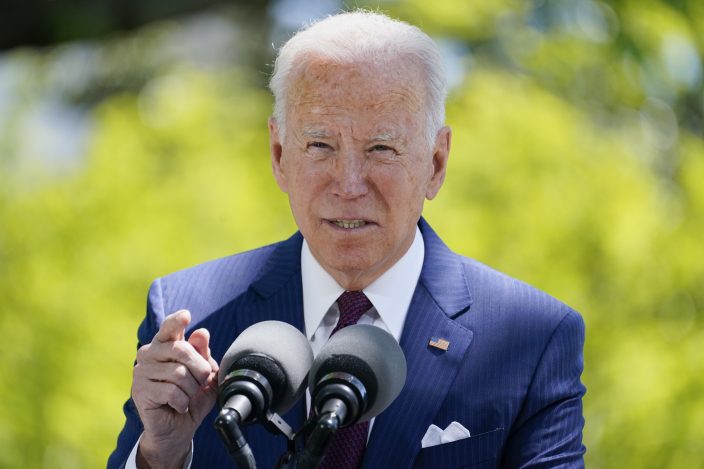 VIRUS-OUTBREAK-INDIA — India crossed a grim milestone of 200,000 people lost to the coronavirus as a devastating surge of new infections tears through dense cities and rural areas alike and overwhelms health care systems on the brink of collapse. The health ministry reported a single-day record 3,293 COVID-19 deaths in the last 24 hours, bringing India’s total fatalities to 201,187, as the world’s second most populous country endures its darkest chapter of the pandemic yet. By Sheikh Saaliq. SENT: 550 words, photos. With VIRUS-OUTBREAK-INDIA-200K DEATHS-PHOTO GALLERY — India’s deadly virus surge follows crowded events; VIRUS-OUTBREAK-THE-LATEST.

VIRUS-OUTBREAK-NO-MASKS — Fully vaccinated Americans don’t need to wear masks outdoors anymore unless they are in big crowds. And those who are unvaccinated can go outside without masks in some situations, too, the CDC says. The decision is based in part on research showing that less than 10% of documented instances of transmission of the coronavirus happen outdoors. And, with more people getting vaccinated, the trend in case numbers is encouraging. By Carla K. Johnson and Josh Funk and Mike Stobbe. SENT: 1,020 words, photos.

ISRAEL-JAFFA-GENTRIFICATION — Historic Jaffa’s rapid gentrification in recent years is coming at the expense of its working-class Arab residents. With housing prices out of reach, discontent over the city’s rapid transformation into a bastion for Israel’s ultra-wealthy is reaching a boiling point. Veteran Arab residents say the housing crunch is destroying their communities. They say younger people can’t afford to stay, but they have few places to go because of discrimination in nearby cities with predominantly Jewish populations. By Ilan Ben Zion. SENT: 1,000 words, photos.

KENTUCKY DERBY—BLACK JOCKEYS — Kendrick Carmouche is the first Black jockey to ride in the Kentucky Derby since 2013 and one of just a handful in the past century. His presence in horse racing’s biggest event is a reminder of how Black jockeys have all but disappeared from the sport since the early 20th century. By Sports Writer Stephen Whyno. SENT: 830 words, photos.

WOLF-KILLING-IDAHO — Bill to kill up to 90% of Idaho wolves heads to governor. SENT: 560 words, photos.

BIDEN-100 DAYS-HARRIS — Vice President Kamala Harris has taken on one of the administration’s toughest challenges: addressing the root causes of migration to the U.S. from Mexico and Central America. SENT: 1,200 words, photos.

MEDIA-BIDEN’S BURGERS — Conservative media and politicians twisted a story about President Biden’s climate change plan to suggest he would limit people to eating one hamburger a month. The president has made no such proposal. SENT: 1,030 words, photos.

2020 CENSUS — Early projections for the 2020 census didn’t line up with the actual population count in the booming Sunbelt. SENT: 920 words, photos.

POLICE-CUSTODY-DEATH — Police in the Northern California city of Alameda released body cam footage that shows officers pinning a man to the ground for more than five minutes during an arrest last week that ended in his death. SENT: 530 words, photos.

CHICAGO POLICE-ALVAREZ SHOOTING — The family of Anthony Alvarez, shot to death last month by Chicago police, viewed video of the shooting and say it left them with more questions than answers. SENT: 370 words, photos.

CHILD KILLINGS — A convicted child rapist who killed two 6-year-old boys in Southern California in the 1980s was sentenced to life in prison without the possibility of parole. SENT: 460 words.

UNITED NATIONS-PROTECTING CIVILIANS — The U.N. Security Council demanded that all combatants protect schools, hospitals, power grids, water supplies and other infrastructure, unanimously adopting a resolution that focused for the first time on the destruction of critical civilian requirements in conflicts from Syria and Afghanistan to South Sudan and Ukraine. SENT: 710 words.

JAPAN-NISSAN-GHOSN — The trial of two Americans accused of helping former Nissan Chairman Carlos Ghosn escape from Japan while out on bail will open on June 14. By Business Writer Yuri Kageyama. SENT: 460 words, photos.

SOUTH-KOREA-SAMSUNG — Samsung’s founding family will donate tens of thousands of rare artworks, including Picassos and Dalis, and give hundreds of millions of dollars to medical research to help them pay a massive inheritance tax following last year’s death of chairman Lee Kun-Hee. SENT: 850 words, photos.