Robert Thomas tracked down a skipping puck and snapped it into the top of the net with 23 seconds left, capping a three-goal third-period rally by the St. Louis Blues for a 4-3 victory over Minnesota on Wednesday night to stop the Wild’s seven-game winning streak.

Mike Hoffman’s second power play goal of the game, both assisted by David Perron, brought the Blues within one early in the third period. Jordan Kyrou tied the game about four minutes later. Jordan Binnington made 25 saves as St. Louis won its third straight.

Marcus Foligno had a goal and an assist, Jonas Brodin and Joel Eriksson Ek also scored and Jordan Greenway had two assists for the Wild. Cam Talbot, who stopped 28 shots, had his five-start winning streak snapped.

Brady Tkachuk had a goal and an assist to lead Ottawa to a victory over Vancouver. 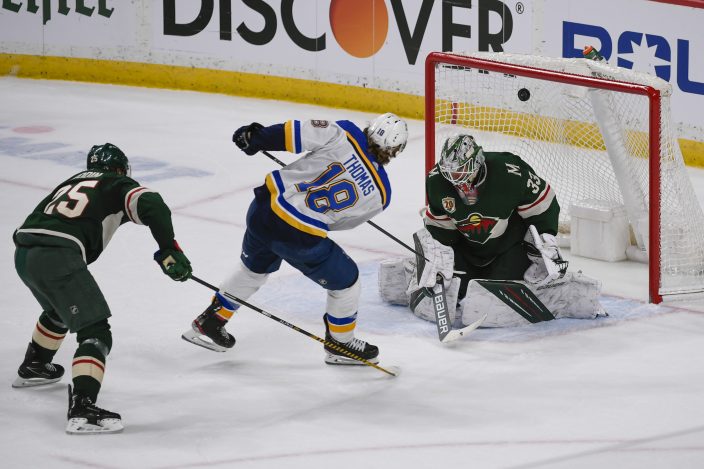 Tyler Myers, Jake Virtanen and Brandon Sutter scored for Vancouver, which needed a strong game from Thatcher Demko to keep the score from ballooning.