From priests holding palm fonds during a Palm Sunday procession in Jerusalem, to COVID-19 patients receiving oxygen inside a car provided by a Sikh house of worship in India, and a jockey riding his horse back to the barns ahead of the Kentucky Derby, this photo gallery highlights some of the most compelling images made or published in the past week by The Associated Press from around the world. 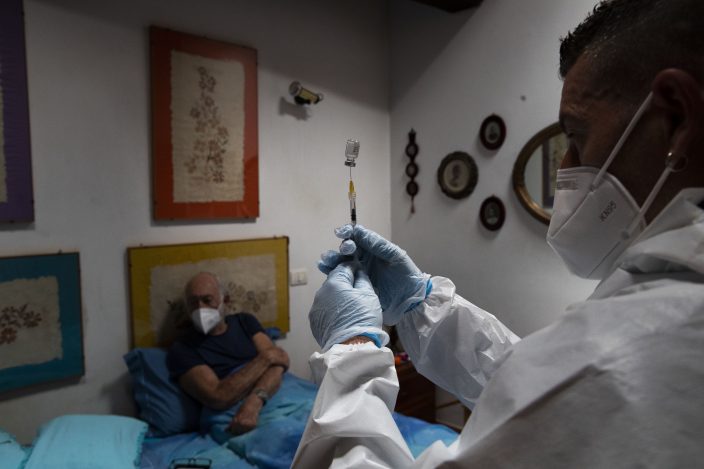 Nurse Luigi Lauri prepares a dose of the Pfizer vaccine for 85-year old Giorgio Tagliacarne at his home in Rome, Tuesday, April 27, 2021. The doctor and nurse manage just 12 shots a day - six in the morning, six in the afternoon - making house calls to Rome's homebound elderly to administer coronavirus vaccines and along with them, the hope that Italy's most fragile might soon emerge from the pandemic. (AP PhotoAlessandra Tarantino) 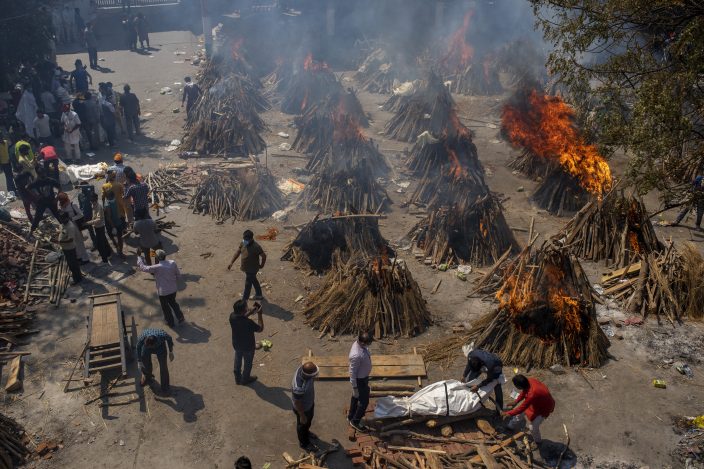 Multiple funeral pyres of victims of COVID-19 burn at a ground that has been converted into a crematorium for mass cremation in New Delhi, India, Saturday, April 24, 2021. (AP PhotoAltaf Qadri) 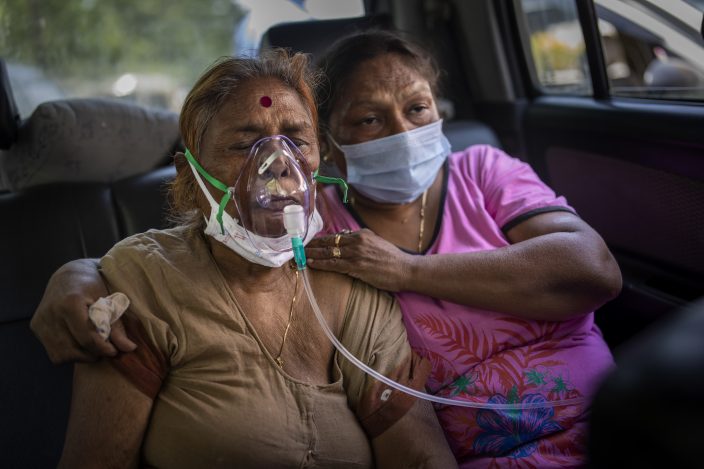 A COVID-19 patient receives oxygen inside a car provided by a Gurdwara, a Sikh house of worship, in New Delhi, India, Saturday, April 24, 2021. India's medical oxygen shortage has become so dire that this gurdwara began offering free breathing sessions with shared tanks to COVID-19 patients waiting for a hospital bed. (AP PhotoAltaf Qadri) 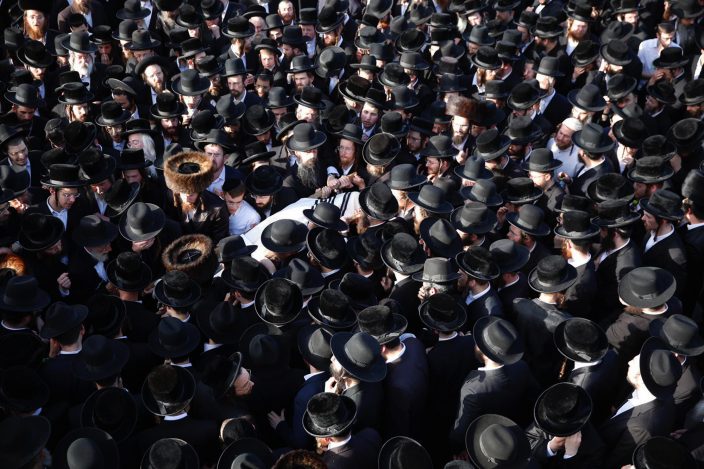 Mourners carry the body of Shragee Gestetner, a Canadian singer who died during Lag BaOmer celebrations at Mt. Meron in northern Israel, at his funeral in Jerusalem on Friday, April 30, 2021. A stampede at a religious festival attended by tens of thousands of ultra-Orthodox Jews in northern Israel killed dozens of people and injured about 150 others early Friday, medical officials said. It was one of the country's deadliest civilian disasters. (AP PhotoAriel Schalit) 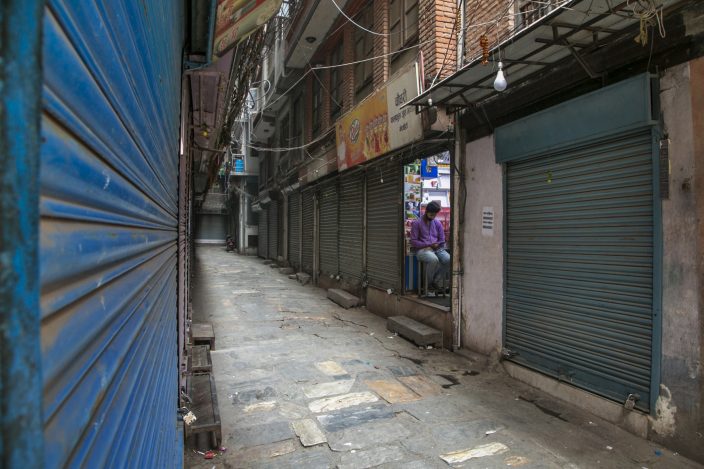 A Nepalese fruit vendor uses his cell phone as shutters of shops are seen closed during the first day of lockdown in Kathmandu, Nepal, Thursday, April 29, 2021. Offices were closed, markets were shuttered and vehicles were forced off the street in Nepal's capital on Thursday as authorities imposed a 15-day lockdown because of spiking cases of COVID-19 in the country. (AP PhotoNiranjan Shrestha) 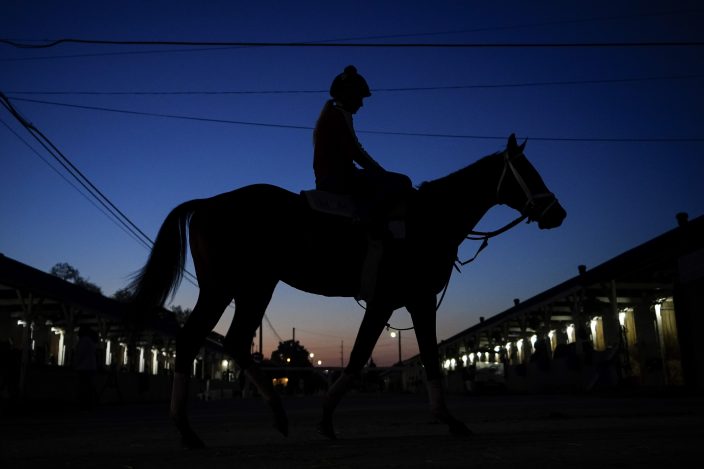 A jockey rides his horse back to the barns at Churchill Downs Friday, April 30, 2021, in Louisville, Ky. The 147th running of the Kentucky Derby is scheduled for Saturday, May 1. (AP PhotoBrynn Anderson)

A youth protests on a street in N'Djamena, Chad, Tuesday, April 27, 2021. Thousands of people protested and two people were killed in Chad Tuesday in demonstrations against the rule of a transitional military council headed by the son of the late President Idriss Deby Itno, who was killed last week. (AP PhotoSunday Alamba) 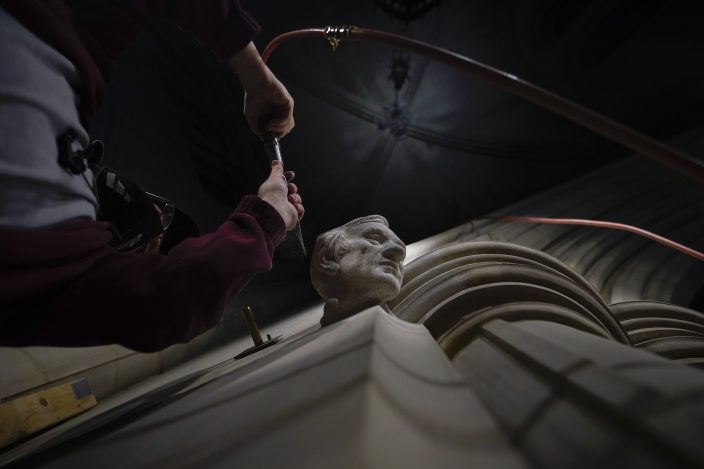 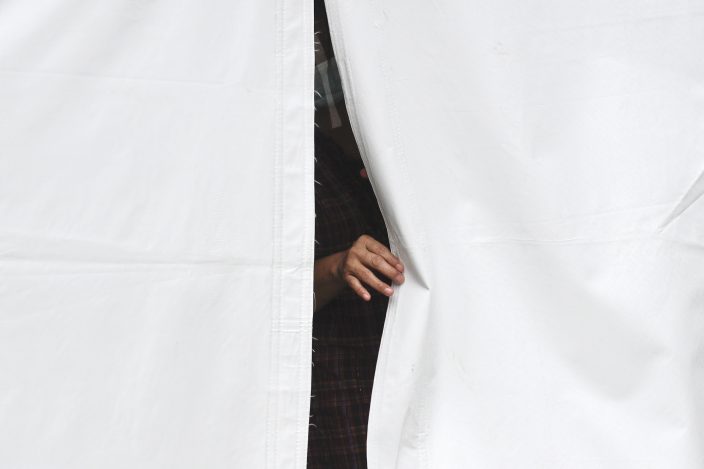 A COVID-19 patient looks out from their isolation tent outside a hospital as cases increase in Manila, Philippines on Monday, April 26, 2021. COVID-19 infections in the Philippines surged past 1 million Monday in the latest grim milestone as officials assessed whether to extend a monthlong lockdown in Manila and outlying provinces amid a deadly spike or relax it to fight recession, joblessness and hunger. (AP PhotoAaron Favila) 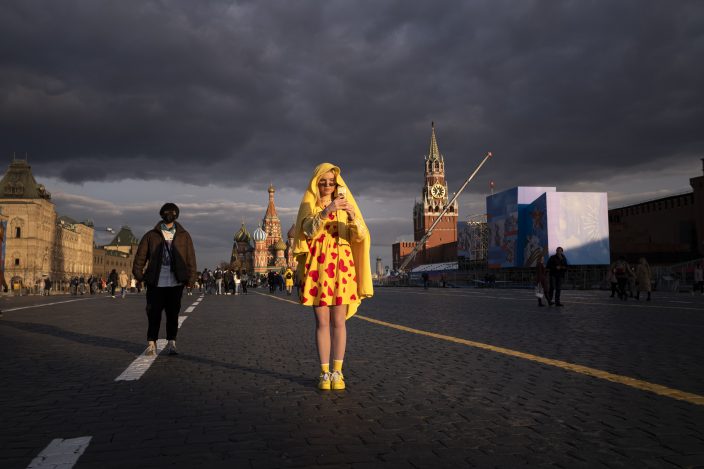 A young woman poses for a selfie at Red Square, which is under preparations for the Victory Parade, during sunset in Moscow, Russia, Monday, April 26, 2021. Russia will celebrate celebrate 76 years of the victory in WWII on May 9. (AP PhotoAlexander Zemlianichenko) 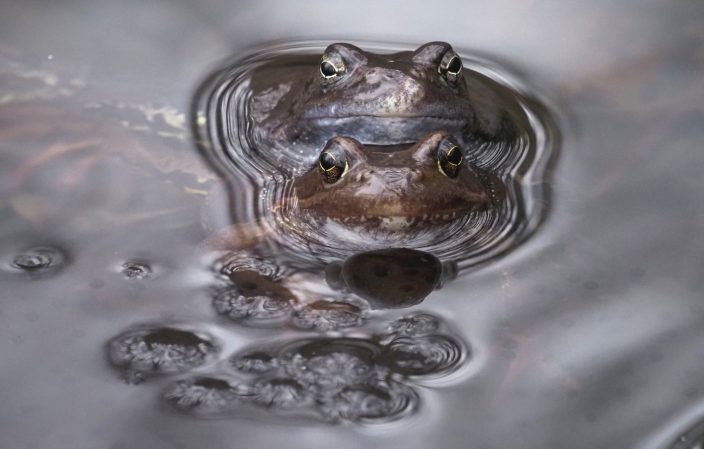 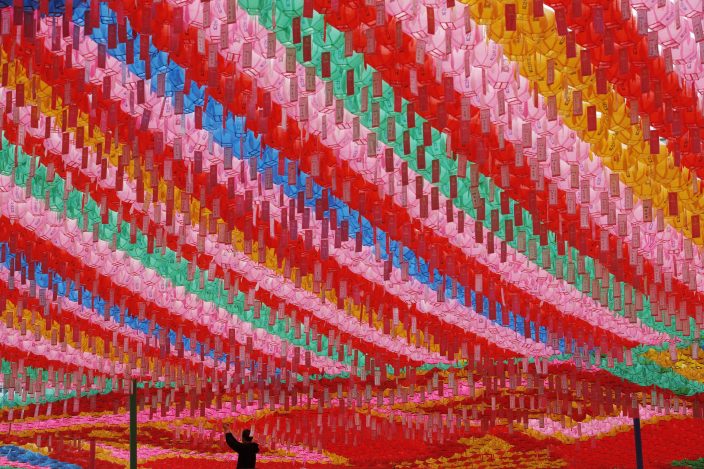 A man wearing a face mask attaches the name tag of a worshipper in preparation for the upcoming birthday of Buddha on May 19 at the Jogye temple in Seoul, South Korea, Tuesday, April 27, 2021. (AP PhotoLee Jin-man)