Austin Meadows hit two homers and drove in a career-high five runs, and the Tampa Bay Rays capitalized on the Los Angeles Angels' fielding ineptitude for an 8-3 victory Tuesday night.

Kevin Kiermaier added a two-run double for the defending AL champions, who moved back above .500 with their third straight win. Tampa Bay's first four runs were abetted by the Angels' first three errors in a four-error performance by the majors' worst fielding team.

Meadows then hit a solo homer in the seventh inning and a three-run shot in the eighth for his second career multi-homer game, his first since April 2019. 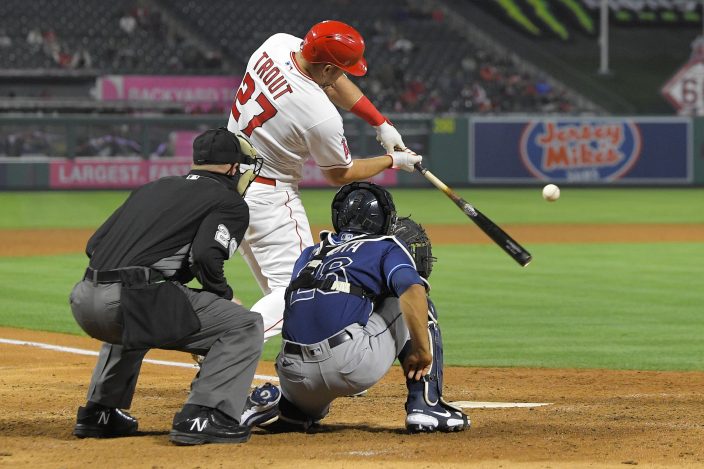 Mike Trout hit his eighth homer and José Iglesias drove in two late runs for the Angels, who have lost three in a row and nine of 13 to fall two games below .500 for the first time this season.

Shane McClanahan pitched four scoreless innings of two-hit ball for Tampa Bay in his second major league start, throwing only 63 pitches before Luis Patino (1-0) came on for the fifth. McClanahan's 100-mph stuff was still popping, but the Rays have allowed him to go only four innings in each of his first two starts.

Tampa Bay scored two early unearned runs thanks to three errors by the Angels, who have committed 29 errors this season in just 28 games. 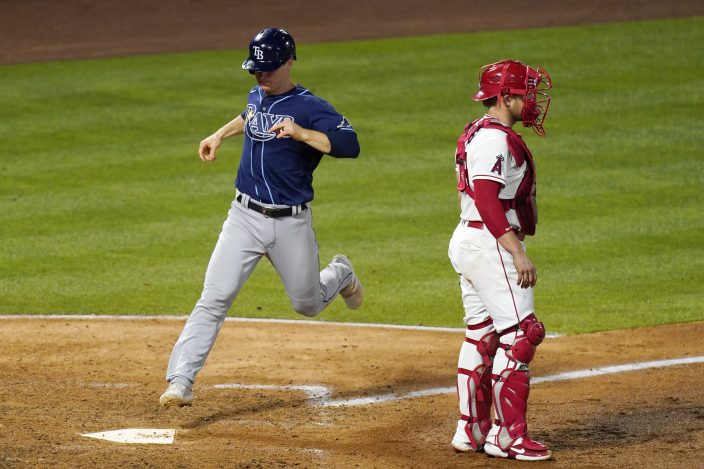 Alex Cobb (1-2) struck out eight while yielding two hits and five walks over five innings against his former team, but left trailing 2-0 thanks to the Halos' leaky defense. 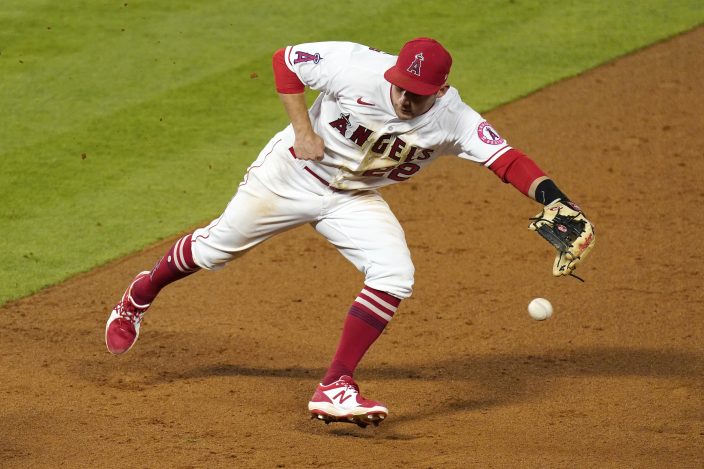 Kiermaier's slow-bouncing grounder in the sixth somehow got between two Angels in the drawn-in infield. Kiermaier then hustled to second when right fielder Jared Walsh was slow to throw back to the infield.

Trout connected for a high-arching solo shot off Patino in the sixth, but Meadows homered leading off the seventh for the Rays.

Iglesias delivered a two-run single for Los Angeles in the eighth. 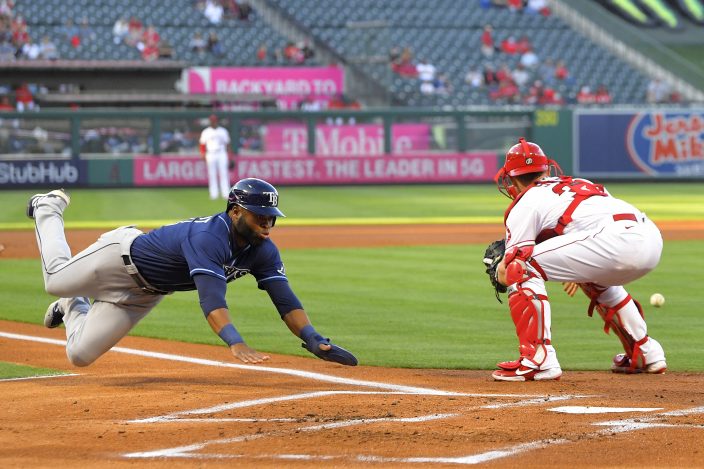 ADDS THAT MARGOT SCORES ON A FIELDING ERROR AND A SINGLE - Tampa Bay Rays' Manuel Margot, left, scores after a single by Brandon Lowe and a fielding error by Los Angeles Angels second baseman David Fletcher as catcher Max Stassi takes a late throw during the first inning of a baseball game Tuesday, May 4, 2021, in Anaheim, Calif. (AP PhotoMark J. Terrill)

Albert Pujols singled in the seventh for his 3,253rd career hit, breaking his tie with Nap Lajoie for 13th place in baseball history. Pujols is two hits behind Eddie Murray for 12th. 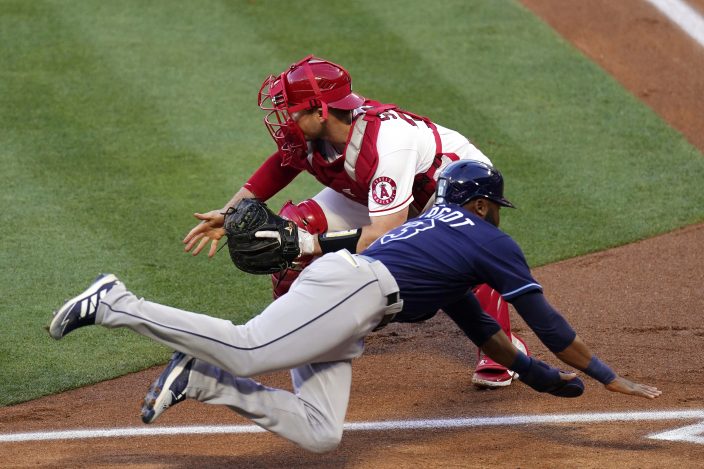 Tampa Bay Rays' Manuel Margot, below, scores after a single by Brandon Lowe and a fielding error by Los Angeles Angels second baseman David Fletcher as catcher Max Stassi takes a late throw during the first inning of a baseball game Tuesday, May 4, 2021, in Anaheim, Calif. (AP PhotoMark J. Terrill)

Rays: RHP Michael Wacha went on the 10-day injured list with right hamstring tightness. The Rays activated RHP Collin McHugh, who was out with a back strain.

Angels: 3B Anthony Rendon sat out after bruising his knee with a foul ball Monday night. ... LF Justin Upton left before the sixth inning with a bruised knee, also after fouling a ball off his leg in the fourth.

Rays: Andrew Kittredge (3-0, 1.54 ERA) will make his second start of the season Wednesday for Tampa Bay.

Angels: Shohei Ohtani (1-0, 3.29 ERA) makes his fourth mound start of the season after a two-day delay because he got hit on the right elbow by a fastball in Seattle last Sunday. The two-way star is also expected to hit against the Rays.

When Chris Therien lost his sister ...