A sleepy and aimless stab at something earnestly “feel-good," “Here Today" is a wasted pairing of Billy Crystal and Tiffany Haddish that juggles dementia, grief and family squabbles about as adeptly as a daytime soap.

“Here Today,” which opens in theaters Friday, is genial and gentle enough to make it mildly restive. It is, in scenes around leafy Brooklyn Heights, at least leisurely. The film, written by Alan Zweibel and Crystal and based on a short story by Zweibel, is Crystal's first time directing in 20 years — since the Roger Maris HBO film “61(asterisk)." That, a Yankee story, was more in Crystal's wheelhouse. The tones here, though, are more ambitious and out of reach for the limp “Here Today.”

Crystal plays Charlie Burnz, a celebrated comedy writer who remains on staff as a kind of sage veteran at “This Just In,” a sketch series styled after “Saturday Night Live." He still knows comedy, but the scenes at the show, both writing and performing sketches, are curiously lacking any humor. Here, in “This Just In,” is an “SNL” approximation that rivals Aaron Sorkin's “Studio 60 on the Sunset Strip” in unfunniness. 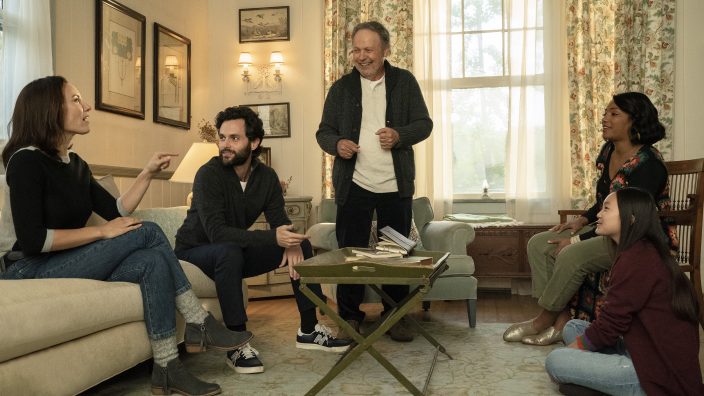 A lunch with Burnz is auctioned off. But when he goes to the restaurant, he's greeted not by the bidder but the bidder's ex-girlfriend, Emma Payge (Haddish), who has come just for the free meal. A seafood allergy that sends her to the hospital brings them closer, and soon Emma — a bright and friendly singer with seemingly nothing else to do — gradually, magically becomes close friends with Burnz, just as dementia is setting in for him. His relationship with his kids (Penn Badgley, Laura Benanti) isn't good, but Emma's willing to take care of him. Along the way, there are also first-person perspective flashbacks to Burnz's now deceased wife, a saintly woman who died years earlier in an accident.

Following an act like Anthony Hopkins (who so powerfully and rigorously captured the disorientation of dementia in “The Father”) is never easy. But “Here Today,” soaked in sentiment, is a steep fall off. Crystal's performance of the condition isn't necessarily bad. For Burnz, clarity goes in and out. He has his kids labeled in a photograph; he forgets Sharon Stone's name while onstage at a Lincoln Center anniversary event for a movie he wrote 30 years earlier. Mostly, it's only an occasional issue for the character — a bit of dramatic window dressing for a story that's mostly about the reflections of an aging writer and his unlikely friendship with Emma.

You can credit “Here Today” with never pushing too hard on conflict or comedy. Excepting the heaps of schmaltz, this is a restrained film, made with wistfulness by a comedy great. And even with an unrefined script, Haddish and Crystal have some nice moments. Their characters' relationship never tips into romance (the closest they get is spooning). But, if anything, “Here Today” proves that the dynamic Haddish can ably downshift and still be winningly charismatic. 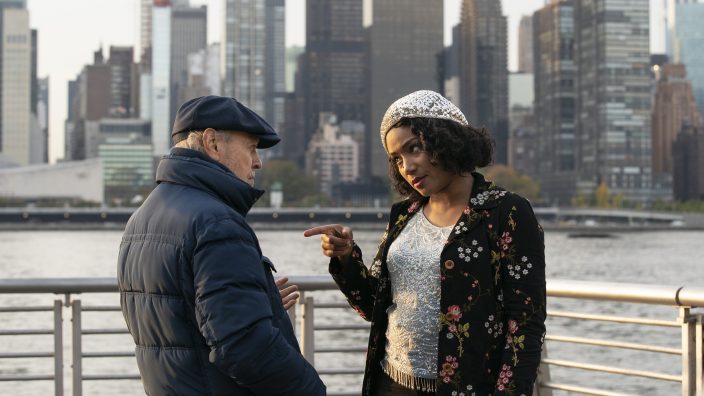 "Here Today,” a Sony Pictures release, is rated PG-13 by the Motion Picture Association of America for strong language and sexual references. Running time: 117 minutes. One and a half stars out of four. 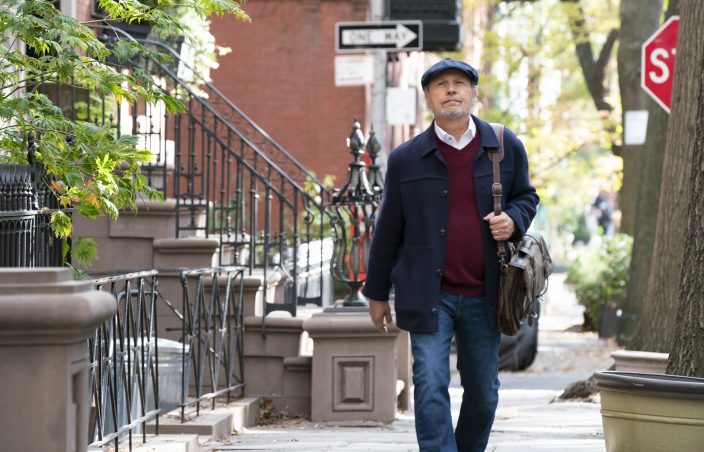 This image released by Sony Pictures shows Billy Crystal in a scene from "Here Today." (Cara HoweSony Pictures via AP) 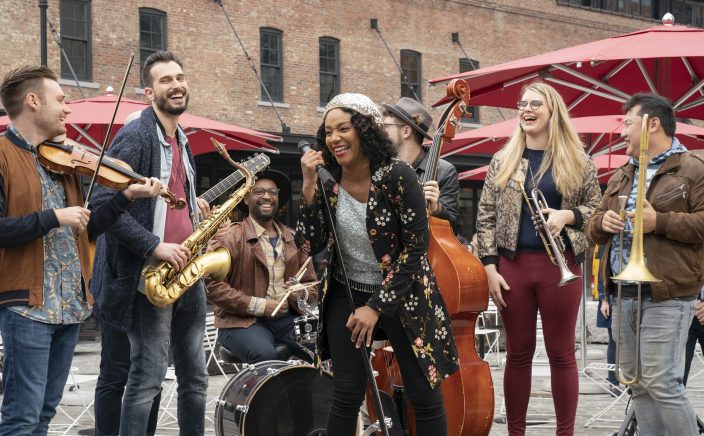