Salvage crews have begun removing fuel from a lift boat that capsized off the Louisiana coast in a storm last month, the Coast Guard said Wednesday.

The Guard said in a news release Wednesday that the work started on Monday after salvage crews arrived over the weekend at the site 7 miles (11 kilometers) off the coast and familiarized themselves with the equipment. 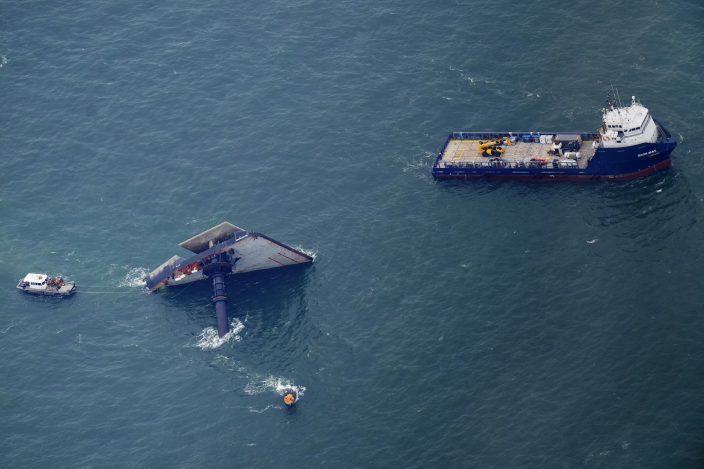 Rescue boats are seen next to the capsized lift boat Seacor Power seven miles off the coast of Louisiana in the Gulf of Mexico Sunday, April 18, 2021. The vessel capsized during a storm on Tuesday. (AP PhotoGerald Herbert)

The lift boat, called the Seacor Power, capsized on April 13 in hurricane force winds. Nineteen people were aboard at the time. Six men were rescued. Six bodies have been recovered from the sea or from inside the vessel; seven are still missing.

The Coast Guard called off the search for the missing on April 19, although a contingent of volunteers has continued to look for any sign of life. The National Transportation Safety Board is investigating what happened to the ship, although a full investigation could take as long as two years. Numerous lawsuits against the ship's owner, Seacor Marine, have already been filed.

Lift boats have three legs that stand straight up when the ship is in transit and then are lowered to the sea floor when the ship arrives at its destination so that the ship can be raised and serve as a temporary platform. The ships are widely used in oil and gas development in the Gulf of Mexico. 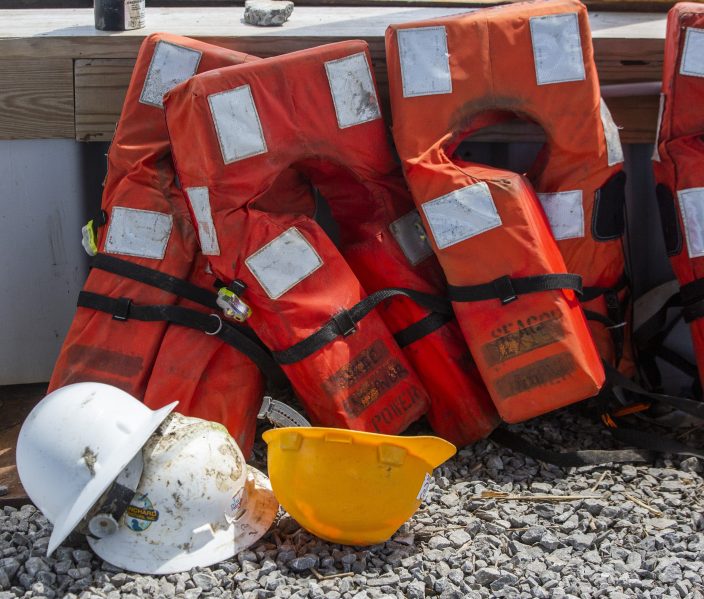