Josh Naylor homered in the ninth inning, sending the Cleveland Indians to a 5-4 victory over the Kansas City Royals on Wednesday night.

Naylor greeted Wade Davis (0-1) with a leadoff drive to right for his second homer. Nick Wittgren (2-1) struck out the side in the eighth for the win, and James Karinchak worked the ninth for his third save.

Cleveland trailed 4-0 after five innings. It has rallied to win in the first three games of the four-game set. 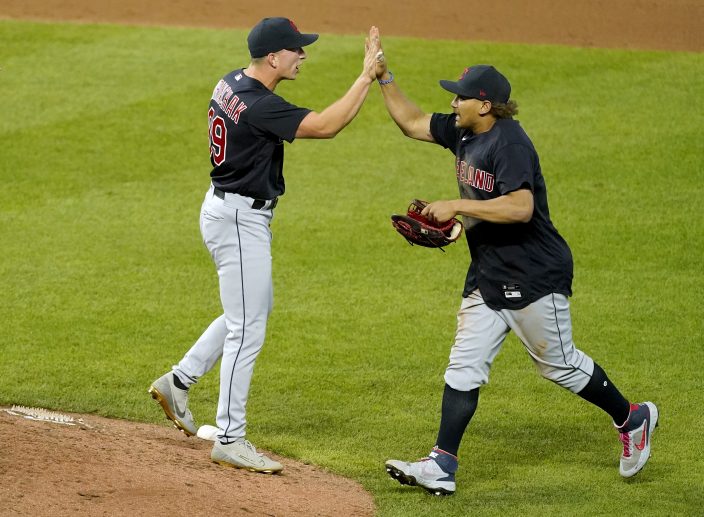 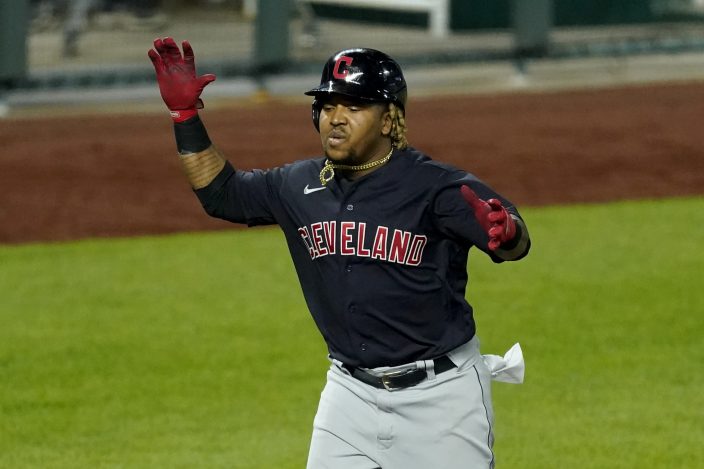 Cleveland Indians' Jose Ramirez celebrates as he runs home after hitting a solo home run during the eighth inning of a baseball game against the Kansas City Royals Wednesday, May 5, 2021, in Kansas City, Mo. (AP PhotoCharlie Riedel) 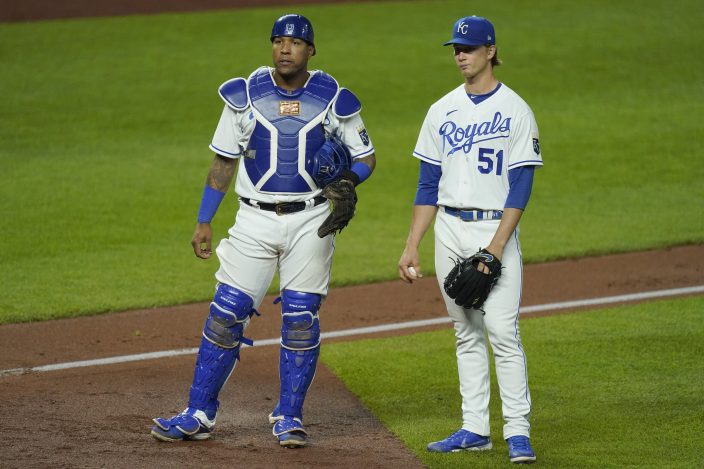 Kansas City Royals starting pitcher Brady Singer and catcher Salvador Perez wait while a play is reviewed during the sixth inning of a baseball game against the Cleveland Indians Wednesday, May 5, 2021, in Kansas City, Mo. (AP PhotoCharlie Riedel)