Anze Kopitar had an assist to reach 1,000 career points, Gabriel Vilardi scored twice and the Los Angeles Kings eliminated the Arizona Coyotes from playoff contention with a 4-2 win Wednesday night.

The Coyotes got some good news in their longshot bid to make the playoffs when St. Louis lost to Anaheim.

The Kings ended Arizona's hopes and bolstered their own longshot chances in the Coyotes' home season finale. 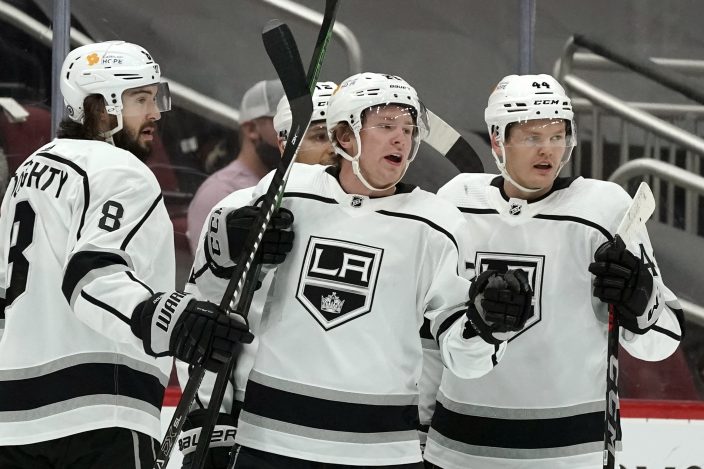 Kopitar, who had a goal and an assist Monday, became the fourth Los Angeles player to reach 1,000 career points on Sean Walker's empty-net goal. Cal Petersen had 28 saves and Jaret Anderson-Dolan also scored for Los Angeles, which trails the Blues by eight points but has five games left.

Once in the West Division's fourth spot, the Coyotes dropped out of the race by losing 12 of 15. 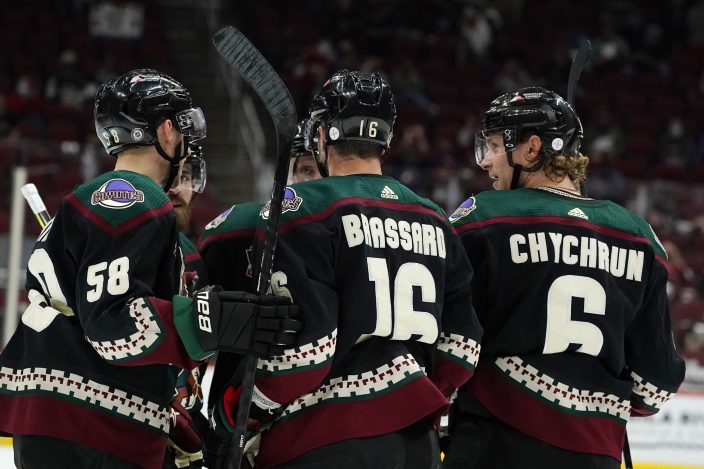 The Kings won the first in the two-game series 3-2 behind 15 saves by Petersen after Jonathan Quick went out with a lower-body injury in the second period.

The Coyotes got off to a slow start in that game, but didn't have that problem Wednesday night. Ekman-Larsson scored 1:19 in on a wrist shot Petersen couldn't see through a screen. 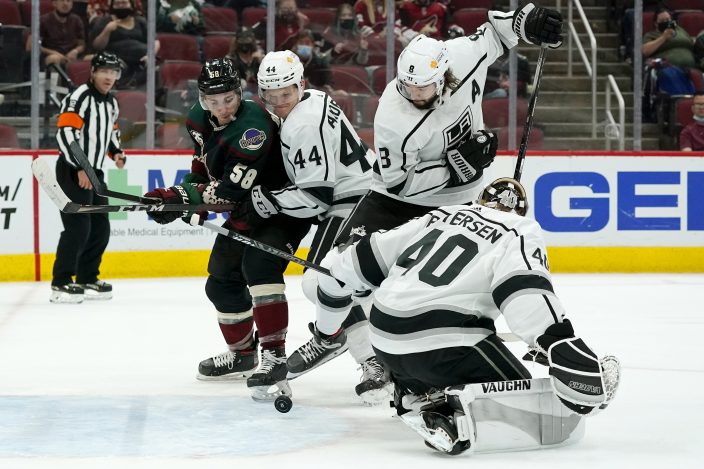 Vilardi scored three minutes later from the right circle on a shot that hit Hill's glove and trickled in. Anderson-Dolan made it 2-1 later in the period on a shot from the slot Hill couldn't see through three teammates in front.

The Coyotes had a quick answer, scoring nine seconds into the power play when Chychrun punched in a rebound that got behind Petersen.

Both teams tightened up in their own end after the four-goal first period and both opened the third by hitting a post — the Kings' Mikey Anderson, then Arizona's Conor Garland. 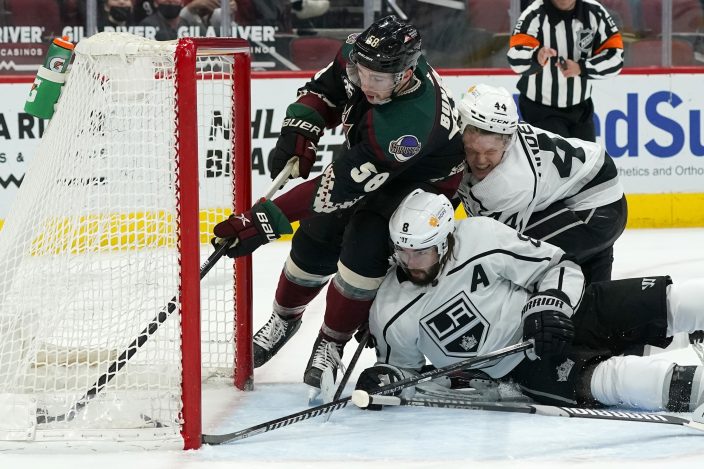 Vilardi broke the tie 4 1/2 minutes in, one-timing a pass from Lias Andersson on a shot just outside the crease. Petersen made some tough saves down the stretch and Kopitar hit the 1,000-point mark on Walker's goal.

The Kings host the first of two games against Colorado on Friday.

The Coyotes play the first of two games at San Jose Friday.