Brandon Lowe hit a three-run homer and the Tampa Bay Rays were able to overcome five scoreless innings from Los Angeles' Shohei Ohtani, rallying for a 3-1 victory over the Angels Wednesday night.

Lowe went deep to center off Junior Guerra (2-1) in the seventh after Brett Phillips led off the inning with a walk and Willy Adames flared a single to left. Lowe is batting only .194, but is 9 for 33 with two home runs in his last nine games.

The Rays' rally dampened what had been a solid outing for Ohtani, who didn't allow a run through five innings for the first time in his last 10 starts, dating back to 2018. The right-hander went five-plus innings, with the only hit against him being Phillips' single in the second. 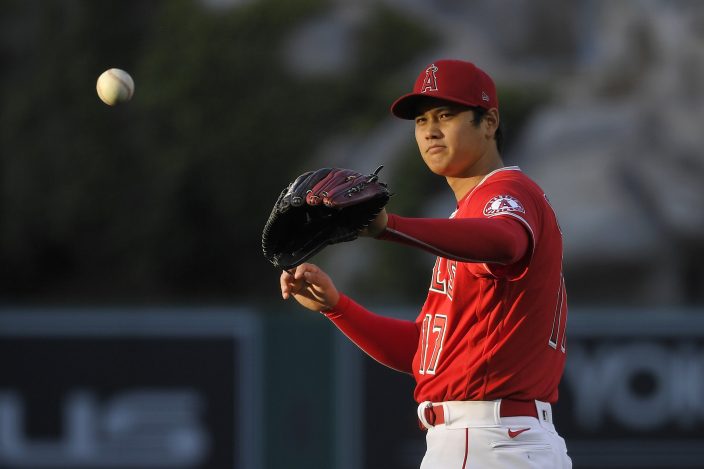 CORRECTS POSITION TO STARTING PITCHER INSTEAD OF DESIGNATED HITTER - Los Angeles Angels starting pitcher Shohei Ohtani takes the ball back from the catcher during the first inning of a baseball game against the Tampa Bay Rays, Wednesday, May 5, 2021, in Anaheim, Calif. (AP PhotoMark J. Terrill)

Ohtani retired the side only once as he walked six and struck out seven. It is the second time this season he has had a pitching line where he allowed only one hit, walked six or more and whiffed seven or more.

Ryan Yarbrough (2-3) allowed one run on five hits in four-plus innings for the Rays, who have won four straight.

The Angels have dropped four straight and 10 of their last 14. 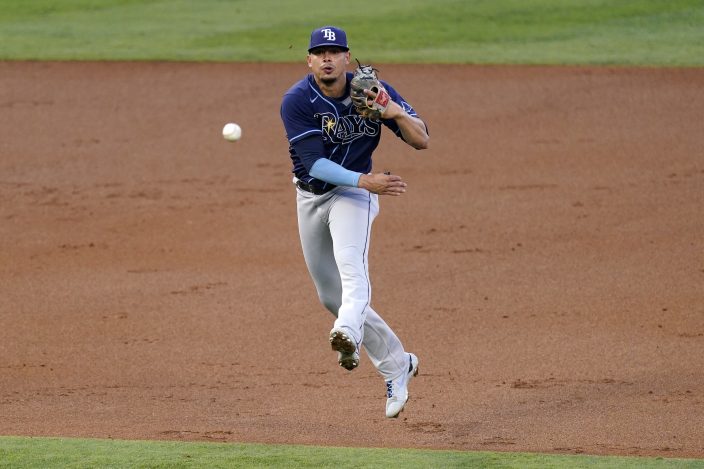 CORRECTS TO SECOND INNING, AND THAT IGLESIAS SINGLED - Tampa Bay Rays shortstop Willy Adames attempts to throw out Los Angeles Angels' Jose Iglesias at first during the second inning of a baseball game Wednesday, May 5, 2021, in Anaheim, Calif. Iglesias was safe on the play. (AP PhotoMark J. Terrill)

Jose Rojas led off the third with a double down the right-field line, advanced to third on David Fletcher's bunt single and then scored three batters later when Ryan Yarbrough walked Jared Walsh with the bases loaded.

Tampa Bay's Willy Adames ended an Angels' threat in the second when he made a diving play deep in the hole on a sharp grounder, got up and made a three-hop throw to get Kurt Suzuki out at first. 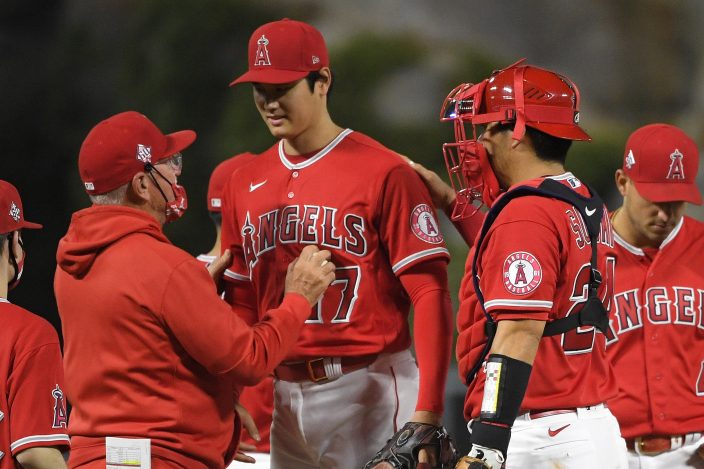 Los Angeles Angels starting pitcher Shohei Ohtani, center, is taken out of the game by manager Joe Maddon, left, as catcher Kurt Suzuki pats him on the back during the sixth inning of a baseball game against the Tampa Bay Rays Wednesday, May 5, 2021, in Anaheim, Calif. (AP PhotoMark J. Terrill)

The Rays opted to go with a bullpen game for the fifth time this season. Andrew Kittredge got his second start of the season and worked two scoreless innings, allowing one hit and a walk. They are 3-2 this season when using an opener. 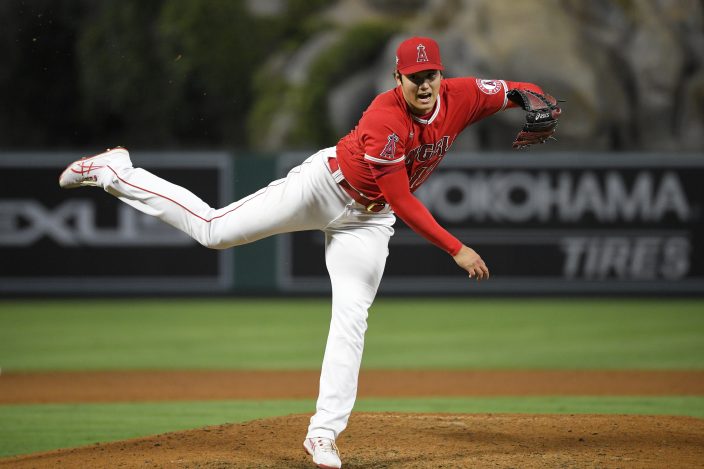 Los Angeles Angels starting pitcher Shohei Ohtani throws to the plate during the fifth inning of a baseball game against the Tampa Bay Rays Wednesday, May 5, 2021, in Anaheim, Calif. (AP PhotoMark J. Terrill)

Rays: P Diego Castillo was placed on the injured list, retroactive to Tuesday, due to right groin tightness. Manager Kevin Cash was hopeful that the right-hander could be activated after 10 days. The Rays filled the spot by activating right-hander Pete Fairbanks (right rotator cuff strain). ... 1B Randy Arozarena — who is in a 1 for 17 slump — got the night off.

Angels: 3B Anthony Rendon was placed on the injured list after fouling a ball of his left knee on Monday. ... OF Justin Upton and C Max Stassi were not in the lineup. Upton bruised his right knee during Tuesday's game and Stassi was still feeling the effects from falling into a railing near Tampa Bay's dugout while trying to catch a foul ball. ... P Félix Peña (right hamstring strain) is ready to come off the injured list but manager Joe Maddon said there isn't a spot to put him in the bullpen at the moment. 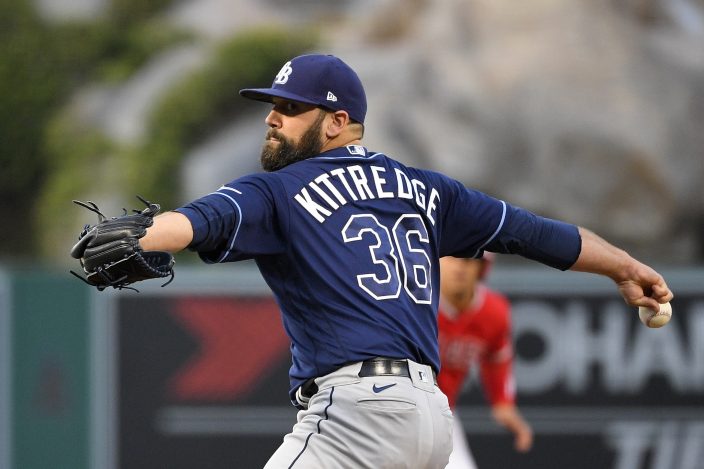 Tampa Bay Rays starting pitcher Andrew Kittredge throws to the plate during the second inning of a baseball game against the Los Angeles Angels on Wednesday, May 5, 2021, in Anaheim, Calif. (AP PhotoMark J. Terrill)