Bailie Brown doesn't consider herself a trailblazer, and yet in a way she is — and so is her school.

Brown will graduate this month from Syracuse University’s Falk College with a Bachelor of Science degree in sport analytics, becoming the first woman to complete the four-year undergraduate program since its inception five years ago. Her 23 classmates are men.

“It’s definitely an honor," Brown said. "I think that there’s a little bit of pressure that goes along with that. I think I feel like I need to be successful.” 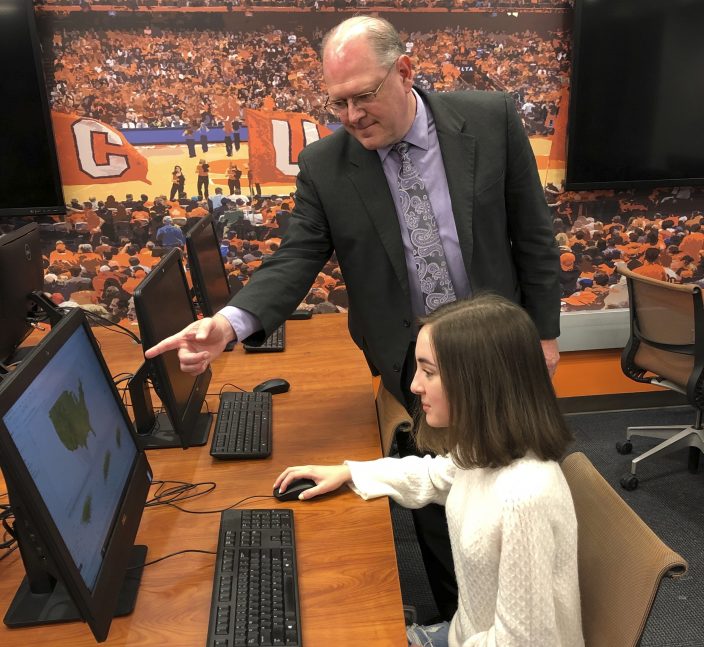 Syracuse University and California Baptist University in Los Angeles began offering a four-year undergraduate course of study in sports analytics in 2016. Brown chose Syracuse after discovering the program by chance.

“I was just kind of searching for different opportunities and ran across this one and knew immediately it was exactly where I wanted to go. There wasn’t any question," said Brown, who was salutatorian of her high school class back home in Florence, South Carolina. "I’ve always loved sports, baseball in particular, and math in high school was fun for me, for some reason, so it was kind of a no-brainer to put the two together."

The opportunity at Syracuse was there, thanks in large part to the efforts of professors Michael Veley, founding director of the university’s sport management program, and Rodney Paul, director of the sport analytics program. Falk College’s 275 applications for the incoming class in August are the most for the program, up more than 11% from 2020, and 31 are women, more than triple last year's total of 10. 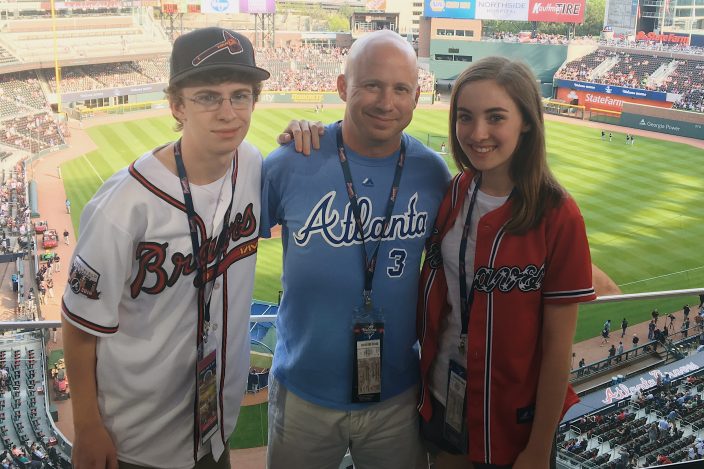 This photo provided by Bailie Brown shows Bailie Brown posed with her brother, Corbin, left, and father, Ken Brown, center, at an Atlanta Braves baseball game in Atlanta in 2017. In late May she'll become the first female to graduate from Syracuse University's Falk College with a Bachelor of Science degree in sport analytics. Bailie Brown wasn't an athlete growing up but developed a keen interest in every aspect of her younger brother's exploits in Little League. Baseball is her game and she's already been rewarded for her analytical mind, landing a job with the Houston Astros while she completes her final semester online. (Bailie Brown via AP)

Brown is in a good place at a seemingly opportune time. Women are gaining traction in management positions at the top echelons of professional sports, opening more doors for others to follow into a realm that's been dominated by men.

“If you look at what’s going on in the sports world in general of women breaking down barriers that have been in existence for decades in terms of becoming a general manager of a major league baseball team, an official at an NFL game, women coaching men’s sports, it’s starting to open up opportunities," said Veley, adding that the school also is achieving its goal of attracting more minorities and international students. "We feel that women in the analytics field can be pioneers.”

Two years ago, Valerie Camillo became the first woman hired as president of an NHL franchise when she took the position with the Philadelphia Flyers. The Miami Marlins hired Kim Ng as general manager in October, the first female GM in the four major North American professional sports leagues. And in mid-April, Lucy Rushton, an analytics whiz, was hired as GM of D.C. United, just the second woman in Major League Soccer history to be a full-time general manager, after Lynne Meterparel with the San Jose Clash in 1999.

“It’s scary to think that it’s taken a good 20 years for the next one," Rushton said. "Obviously, it’s a bit of a privilege to be in that position. It kind of gives me that little bit extra incentive to kind of create a pathway for women going forwards. If I do a good job in my role, hopefully it does open up doors for other women.”

That Brown isn’t an athlete didn’t faze her one bit. Her foundation was developed by going to her younger brother's Little League games and asking questions, lots of questions.

“I coached my son in Little League and she was always out there with us, asking me questions after the games and after practices," said Ken Brown, Bailie's dad. "We didn’t have the typical conversations. It was talking strategy about the game and what they should do. She has such a deep interest in the actual game and all the strategy. I’m very, very proud of her. She’s fulfilling her passion, basically.”

“I love it! That’s amazing," added Jessica Gelman, a pioneer in her own right as CEO of Kraft Analytics Group in Foxborough, Massachusetts, and co-founder 15 years ago of MIT's Sloan Sports Analytics Conference. “Analytics kind of evens the playing field for women, so I’m glad to see that there are women who are taking interest in pursuing this area. Obviously, the past few years there’s been a huge focus on enhanced equality for women and under-represented minorities.

“I will be more excited when there’s an equal number of women graduating from the school,” said Gelman, who was a star basketball player at Harvard. "But I think it’s certainly a great first step. One of the challenges is we’ve got to create the funnel at the beginning, that pipeline.”

Rushton, a native of Reading, England, and a former soccer player for her hometown club (Reading FC), said she was surprised when she was hired a short time after receiving a Master's degree in sports performance analysis from the University of Wales Institute in 2008. “You’re just waiting for that break and you just need someone to just take a risk on you,” she said.

Brown, 21, already has found that someone. She's completing her final college semester remotely because of COVID-19 restrictions in upstate New York, and that dovetails nicely with her new job working on baseball strategy as an operations apprentice with the Houston Astros, where Sarah Gelles is director of research and development.

"I hope this is opening up more opportunities for more girls to come and follow in my footsteps and my classmates’ footsteps in the future so it’ll get to a point where it isn’t a big deal,” said Brown, who moved to Houston last month. “It’ll be normal for other women to be graduating with these kinds of degrees and to be able to go into fields such as these.”

Russia in showdown with UN and West over aid to Syria

Russia previewed a showdown with t ...